This batch definitely turned out better than the last. Parchment paper this time rather than the silpat. 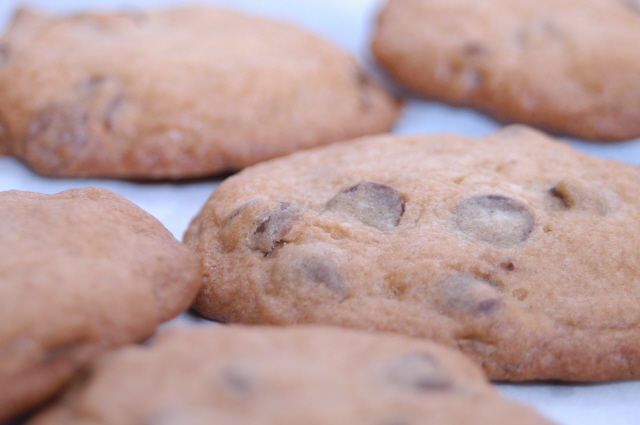 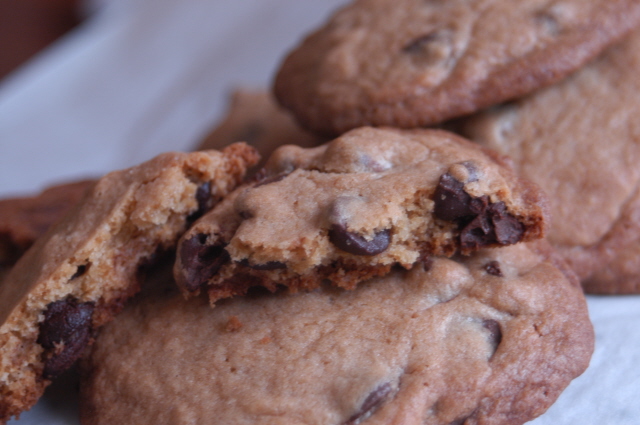 Alas, I am unable to eat them, as the sharper edges can be quite painful on a tender tongue. Those that have eaten them confirm my visual estimation as this batch being superior to the last.

I’m not sure about anyone else, but when I have a real breakfast, eggs are always on the menu. They can be accompanied by other things – bacon, grits, pancackes, ham, and so on – but for some reason, to me the egg will always be the centerpiece.

The other night, I was poking around for something to eat and decided that breakfast for dinner would be jsut the ticket. I’ll confess that when I eat out, I always order eggs over easy. When I eat in, it’s scrambled, with or without fillers.

But not that night. I decided it was high time to do at home what I’d had others do for me.

So, after frying up some bacon, I put a couple pats of butter into a hot pan and cracked open an egg. The beauty of butter and nonstick is that no spatula is needed: let the egg cook a bit, give the pan a shake to make sure the egg is not sticking, then shake the egg toward the far end of the pan. When you’re ready to take the plunge, flip the egg using the pan by dipping down the far end a bit and then shoving the pan away from you while flicking up the end. Gently, of course. It isn’t necessary to throw the egg a foot into the air. Just get it out of the pan far enough to catch it on its opposite side when it lands. As it lands, lower the pan so it doesn’t just splat back down. After all, it isn’t one of the old space capsules with a parachute. It’s a fragile yellow orb that should be intact at the end. After letting it cook for as long as necessary – only about 10 seconds, in my case – do the same thing and flip it back over. Voila, the perfectly done egg over easy. 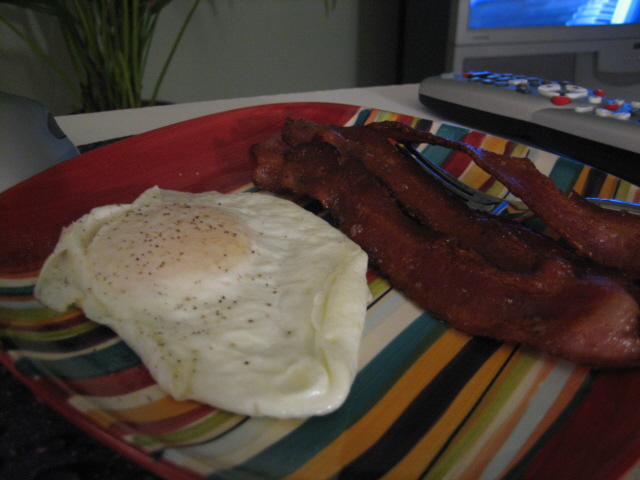 There’s nothing quite like that first cut into the soft yolk. 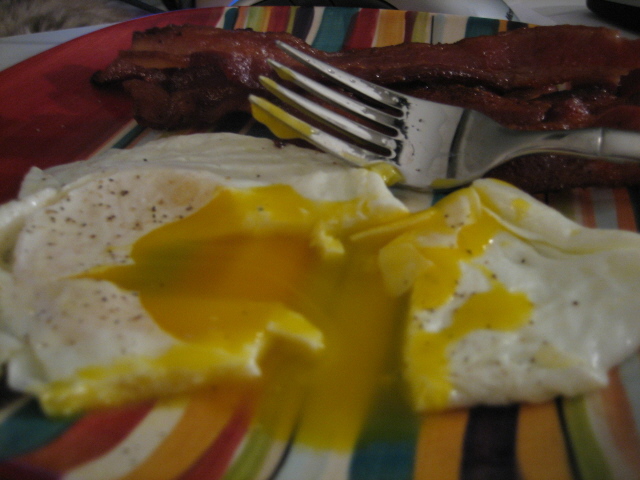 There’s also this sort of breakfast: bacon, freshly made biscuits with (of course) freshly made gravy, some honey, and grits and eggs (no pics of that). 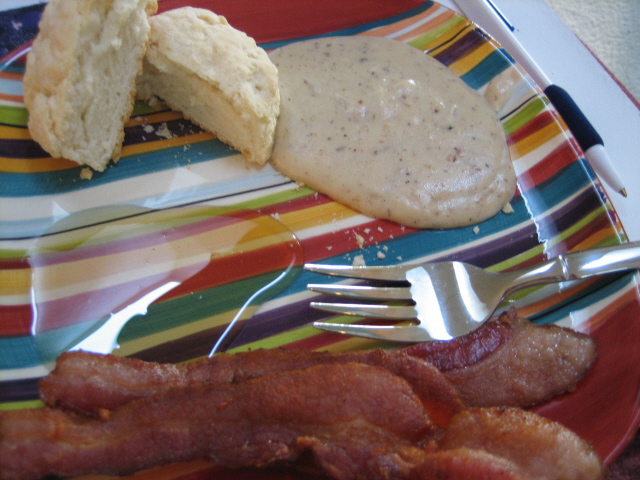