Rosemary-lemon roasted chickens, roasted red potatoes, sauteed zucchini and vidalia onions, corn on the cob, and fresh honey-wheat bread. A dear friend brought along some northern-style baked beans that were quite good. A nice change of pace from the traditional southern style beans, which have both molasses and (generally) brown sugar in them. Naturally, I have some pictures.

About two hours before dinner, I had a pre-dinner warmup. 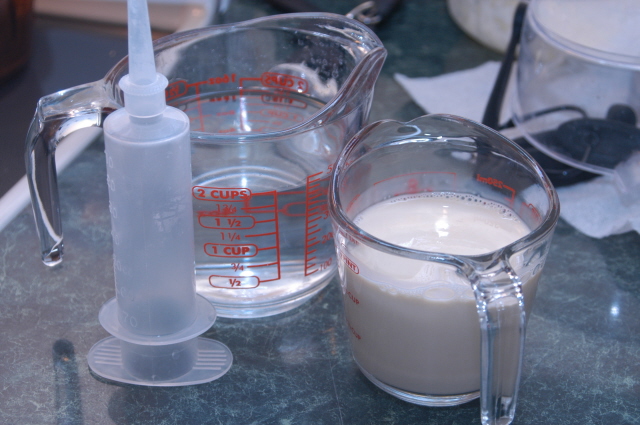 This is one of the two chickens I roasted. We wound up two people short, so ended up with an entire chicken left over. I broke it down afterwards, and tossed both carcasses into a freezer bag to make stock later. 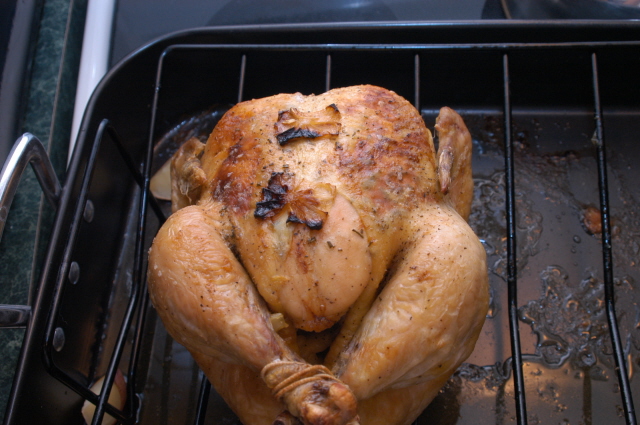 The cavity is seasoned with salt and pepper, then stuffed with half a lemon, a sprig of rosemary, and a few crushed garlic cloves. The outside is seasoned again with salt and pepper, and under the skin is a butter compound with finely chopped rosemary, salt, and pepper – not too much on the rosemary, since it can be rather overpowering and I wanted to balance it with the lemon. The butter is to keep the skin and the meat moist during roasting. About 40 minutes in, I tossed some quartered new potatoes in the bottom of the roasting pan. You can see a couple of stragglers in the photo.

More important than both of those, though, is the bread. I love to make bread more than anything else in baking. It’s so simple, and yet so hard to get right. We begin with just two types of flour, salt, water, honey, and yeast. 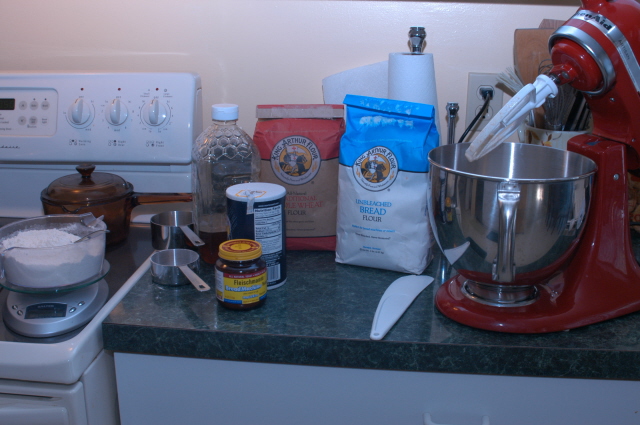 The sponge is first. 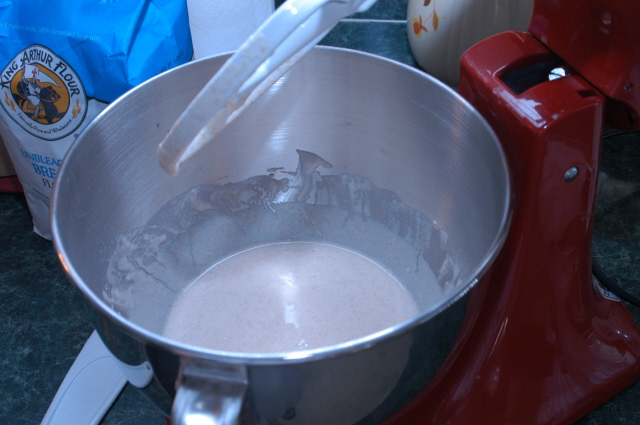 The flour mixture goes atop the sponge, and then is covered for about four hours to ferment.

During that time, the sponge breaks through the flour mixture. 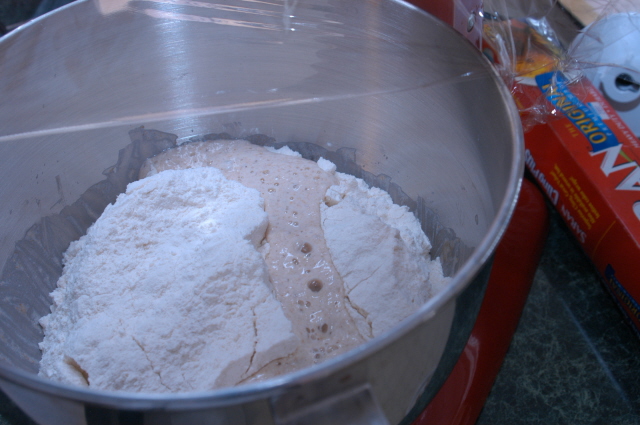 After the final mix of the dough, resting, kneading, rising, kneading, and rising again, the dough goes into the pan and then into the oven. The top is misted with some water as it goes in to give it that nice crust. 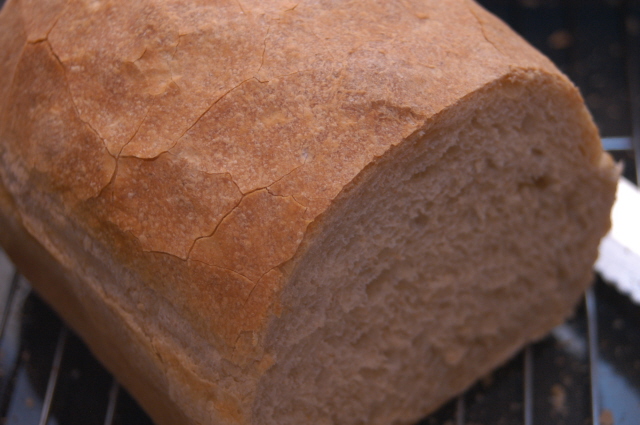 No one could wait before the first slices were taken from the loaf, so I have no photos of the entire loaf itself. 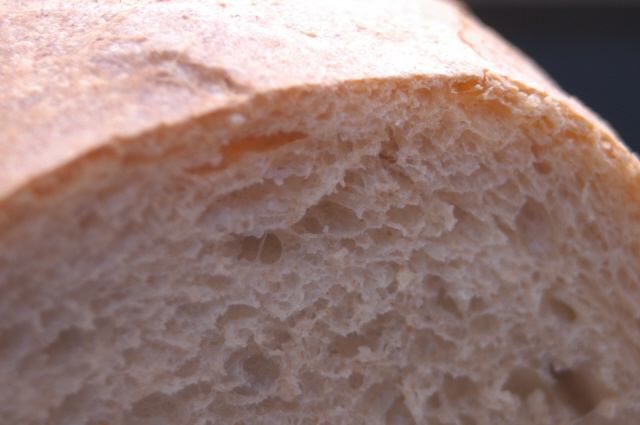 I’m incredibly pleased with the crumb on this. You can see the specks of wheat. The top crust was firm and crispy, while the inside was moist, with a fine crumb and that wheaty, heady aroma so familiar to everyone. The bread is not overly sweet, as it does not have a ton of honey in it, yet it is not overly sour from too much wheat: a great balance struck here. 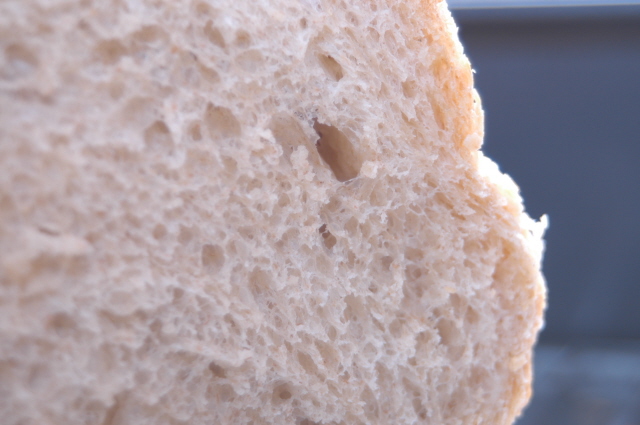 Dinner was not until almost 8, what my friend calls Manhattan-style dining. Since most of the dinner guests are early risers with real jobs, I’ve decided that from this point forward, dinner really should be earlier than 7:30 or so. This is also for slightly selfish reasons: it takes me so long to eat that by the time I’ve finally finished, everyone else has already finished, enjoyed some after dinner conversation, and is ready to go home. Earlier dinners mean that I’d be able to finish and then join in on the conversation so as not to miss time with my friends and family.