Day three of The Challenge started off well. Very well, in fact. After a few hours of sleep, I dragged myself out of bed, shoved some formula down the tube, changed the dressing around the tube, and took a shot of my midsection, just for my handful of loyal readers. 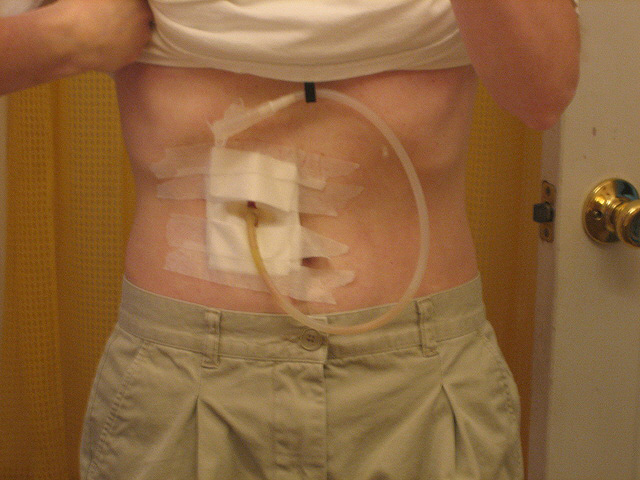 Then, it was off to the farmer’s market. I didn’t really need anything special , but I did want to see what the population was like mid-week. As it turns out, it isn’t bad at all. I was expecting it to be almost deserted, but that wasn’t the case.

We started off at the same place we bought the bushel o’ corn last week. The large sacks on the left side of the picture are all snap beans. 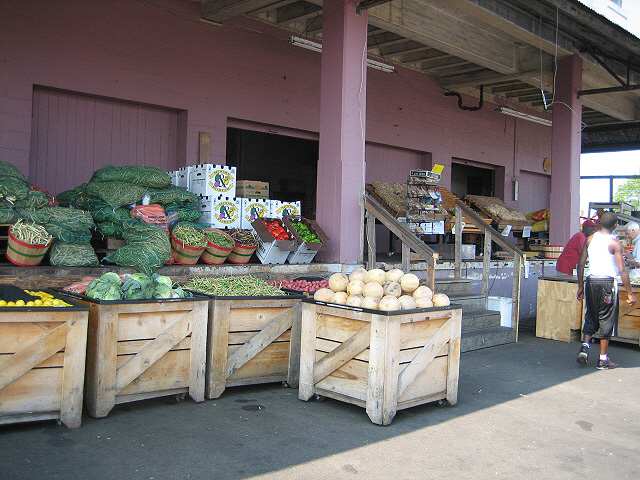 There is a place that does bulk cracking for pecans. When they really get going, what you hear down this row of stalls is the constant whump-whump of the cracking. Last visit and again this time, they were quiet. Their sign, though, makes me think of Guido. What of pecan’s are they cracking? Kneecaps? 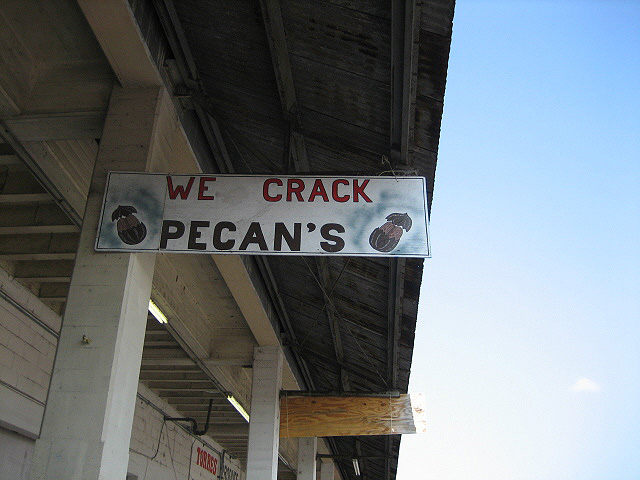 From there, it was a stop by Mary’s, where we picked up some peaches from South Carolina. 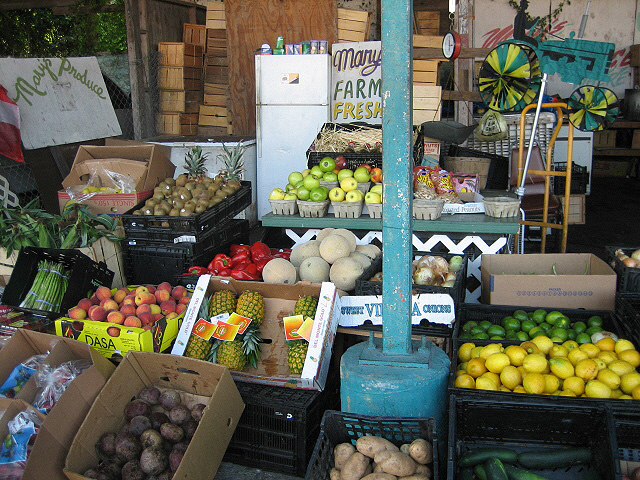 An entire pallet of cherry tomates from Florida. 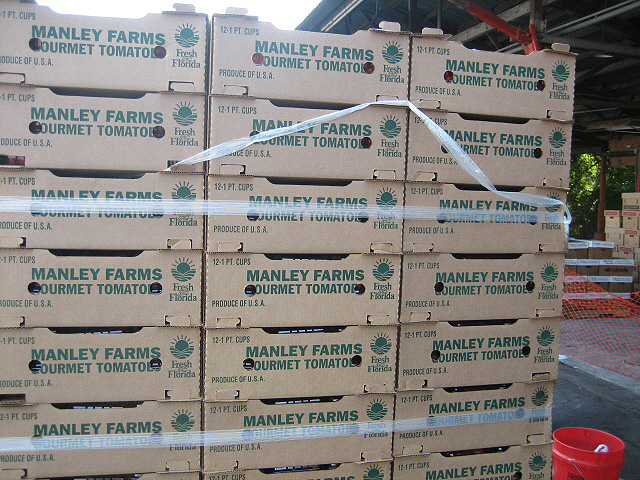 A look down the next row. The sacks in the foreground are all Vidalia onions. Tis the season. 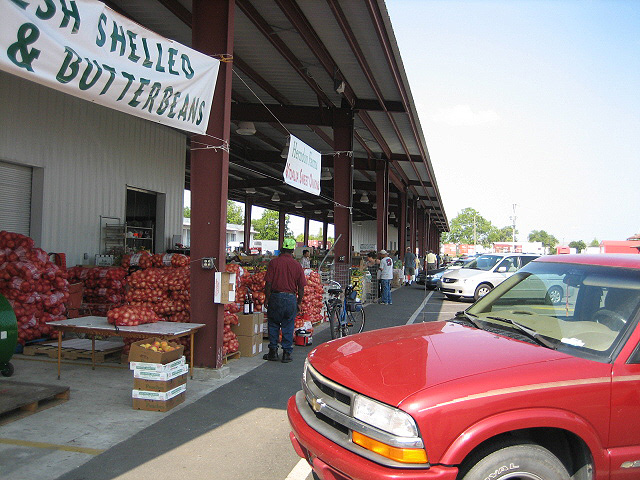 The sacks range in size from five pounds to 50 pounds. 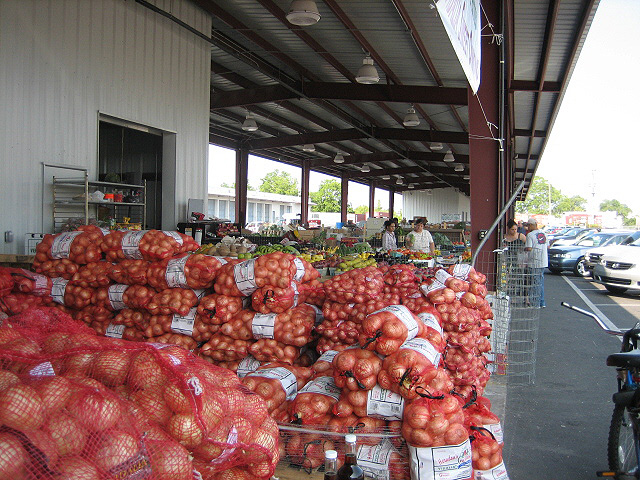 Giant mutant zucchini. The one on top in the center weighed almost two pounds. 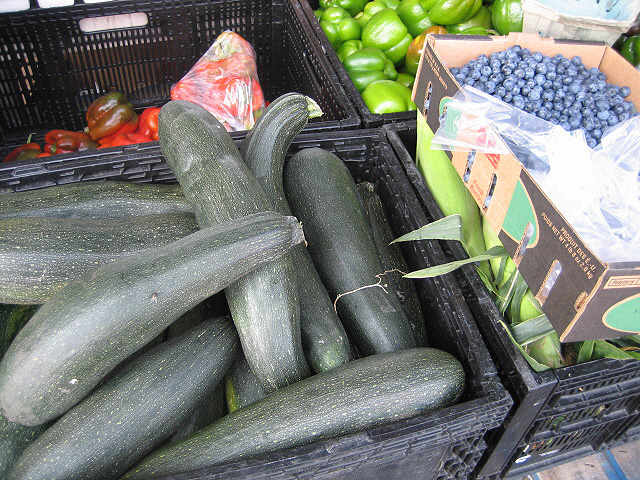 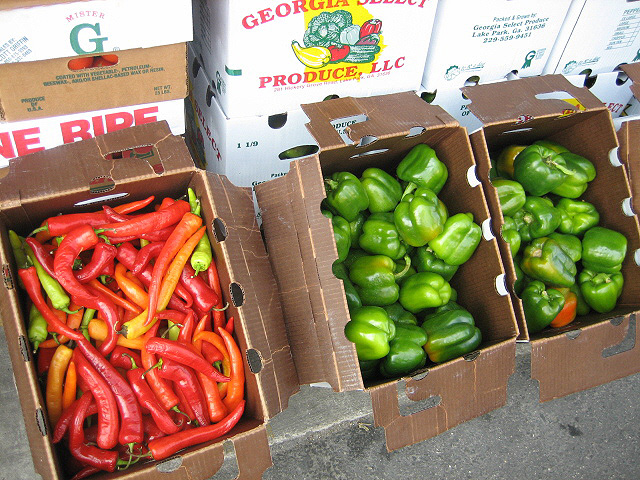 The vendors will break open a watermelon or canteloupe so passersby can taste before buying. 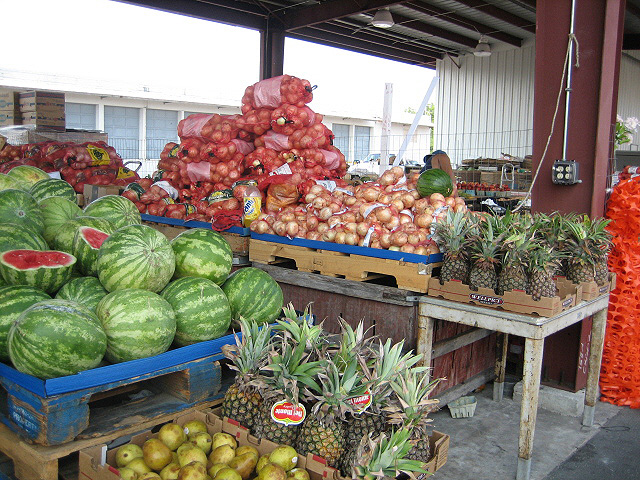 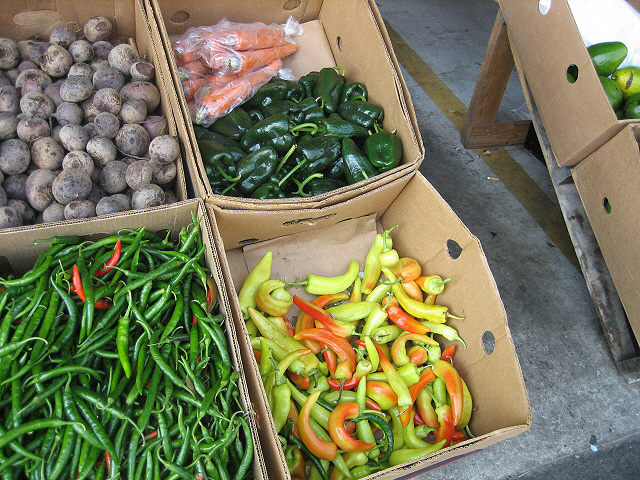 More produce, fresh from the fields. 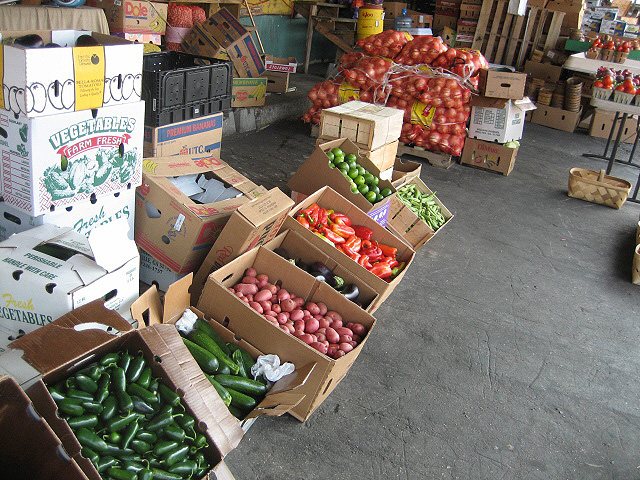 Every farmer’s market I’ve ever visited has a cat (or two or ten) hanging around. 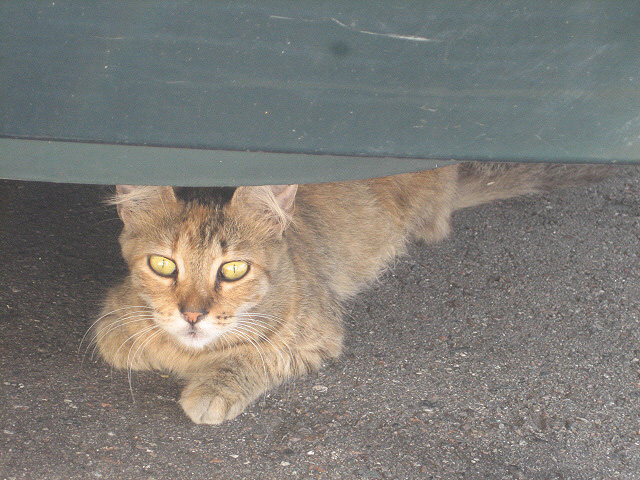 We left the market with our haul: peaches, more silver queen corn for dinner that night, and collard greens, which were also intended for dinner that night. On our way back, we stopped into two small fish markets. The first was actually a meat and fish market, and I was a lot less than impressed: they did have whole fish, but most of the fish had eyes that were clouded over. Not a good sign. The meat was nothing to write home about, and looked like it had just been pulled from the freezer and tossed into the case. The second place had quite a lot of garlic crabs made up, and also indicated they sold live blue crabs ranging in size from small to jumbo ($9/dozen up to $24/dozen). Not horrible for around here, but nothing like the bounty you can get in Maryland during the height of the season.

After the market, I headed to Costco for some chicken legs. Why, you ask? Excellent question, and one that will be answered in part two.