Recovered from the stomach issues that left me immobile, I headed to the doctor for a consult on this business. To start, we are trying Prevacid, once a day, capsule. They make a dissolving tablet as well, which would have been a fine thing indeed, but alas, no samples were available of that. Instead, regular capsules that, when opened, reveal a bunch of tiny pellets of the drug. I took a deep breath, then took a mouthful of water and poured the collection in. It took a bit to get them all down, but down they went.

I’ve also been rinsing with chlorhexedrine gluconate, to try and rid myself of this stuff on my tongue. It isn’t doing much for that, but one thing it is doing is killing my taste buds. I noticed the past couple of days while getting some soup down that it tasted like nothing. So I thought this evening, after setting up a couple of servers at the NOC, that perhaps something a bit spicier was in order. This would test the drug and test the taste at the same time. There’s nothing I like more than multitasking.

So I took myself off to Tijuana Flats after finishing up. I’d not eaten anything thus far, and was on the edge of hunger. Dinner: blackened chicken burrito. It came with chips, and I told myself I’d try one or two of those as well, with some of the sweet chile sauce (Mae Ploy) I like so much.

I removed the filling from the tortilla. It looked good. It smelled good. It had been forever since I’d had it. 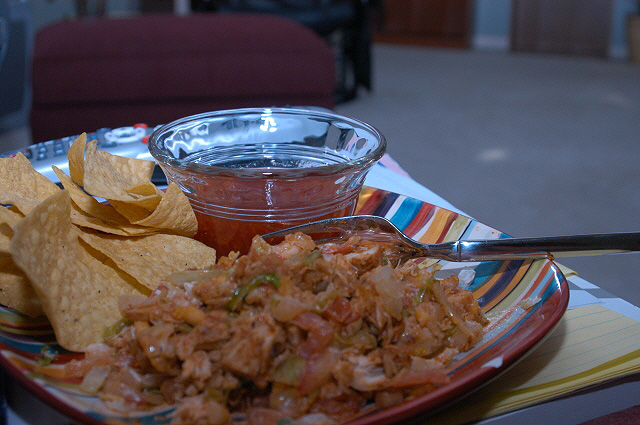 And I couldn’t eat it.

It appears that one of the other side effects of this rinse is to make the mouth quite a lot more sensitive to things. Like spices. I love spicy food, and can stand quite a high level of heat. But not today. Blackened chicken is, to me, quite mild, relatively speaking, but one small bite set my mouth on fire. The chips were out of the question.

I went to my emergency fallback dinner. 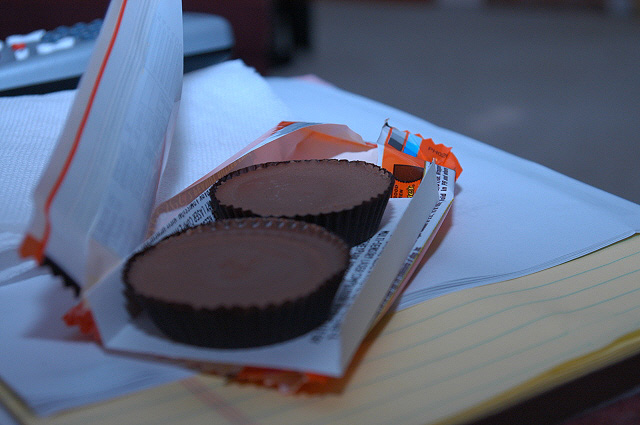 Bummer. Especially since it means yet another day of virtually no calories at all.