Eating is such a funny business sometimes.

I’ve been reading The Omnivore’s Dilemma. There’s a great deal of (expected) vilification of agribusiness and the manner in which animals are raised to produce food for those higher on the food chain – namely, us. These are necessary things, to be sure, and certainly there are arguments to be made on either side of the fence one happens to be. However, to many people, one of the more interesting things is going to be the question Pollan raises at the very beginning of the book: the question for most people thess days is not what can we have for dinner, but what should we have. Because these days, we can have just about whatever strikes our fancy at a given moment, like lobster – but should we eat the lobster from the live tank at the local supermegamart, or, like Whole Foods, should we protest the treatment of those lobsters by not purchasing them (even though I personally think this decision by WF is probably motivated at least as much by economics as it is by animal welfare, if not more)?

Anyhow, the reason this comes to mind is that today was another non-eating day for me. Formula, ice cream, and soup only, please. I also spent most of the day working on business-related things, like doing some work at the NOC, running to the bank, the PO, handling some paperwork, and so on. Around 4:30, it occurred to me that the natives would probably like something to eat, so I asked the standard question: what would you like for dinner?

Fortunately for me and the work I still needed to get done, tonight wound up being leftover night, with the remainder of the leftovers put to good use by those with jaws that actually work.

Instead of cooking, I did this between the other things I needed to get done. 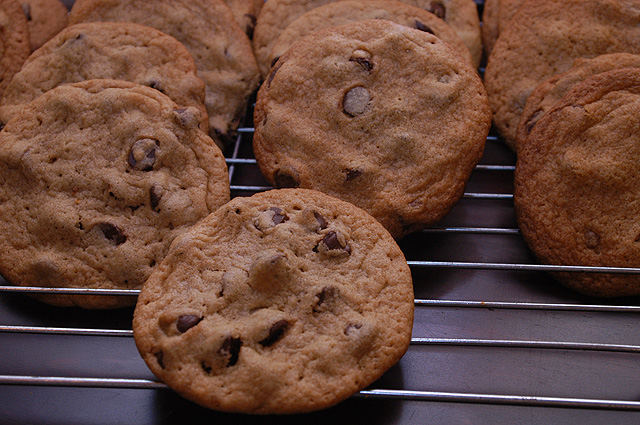 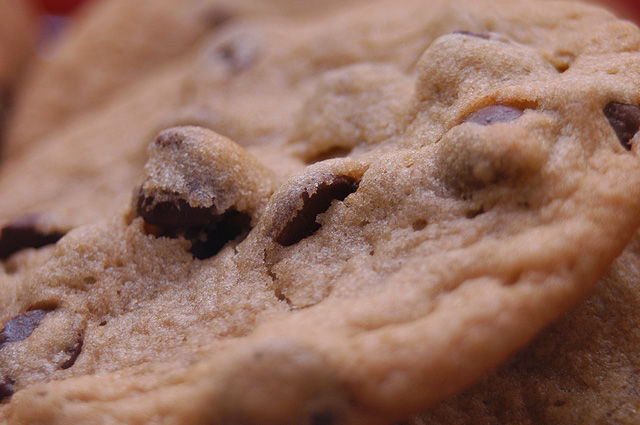 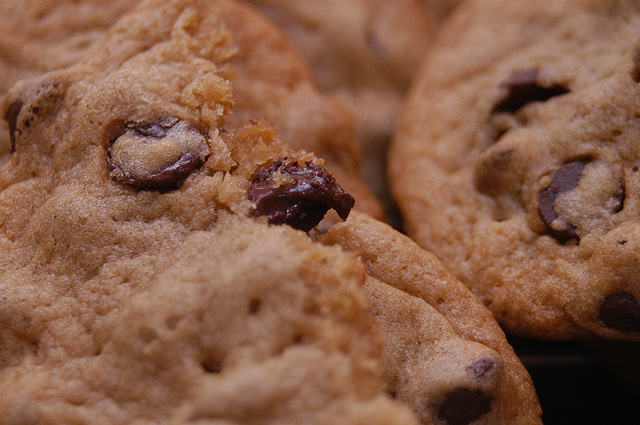 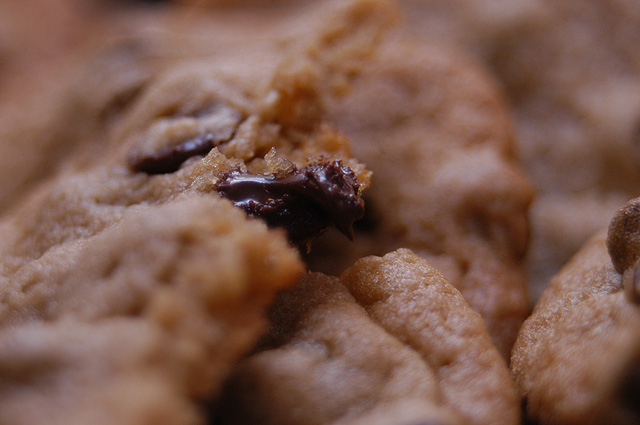 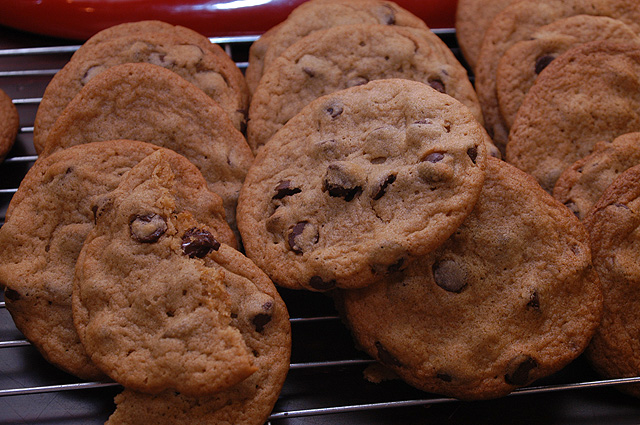 Total cost to make a couple dozen or so cookies: 2.15

Tomorrow: bread. Pickles. Chicken stock. And figuring out what to make for dinner, since the schedules of everyone that usually eats the dinners I make are going to be hectic, my own included.

Mother Nature can be a real bitch sometimes.

On Sunday, like on day one of The Challenge, Mother Nature decided that rain would be a very good thing to bring to us. Generally, this doesn’t bother me – after all, it is that time of year here, between the dryness of what passes for spring and the almost-scheduled nature of afternoon thunderstorms in the heart of summer. Our rainy season, if you will. Sunday, though, it rained almost all day long. Some drizzle, a deluge, a steady stream: we had it all.

What this meant, of course, was that it was impossible to get grilling. Instead, I had to adjust to do all the cooking indoors instead. This is not a big deal, really, but it made for a bit of a logistics issue – and made me think that I could put two stoves to use without any problem whatsoever.

We start with what my mom told me were short ribs, but which wound up being even better: boneless pork loin ribs. I rubbed them down with a slighter sweeter mix than usual. 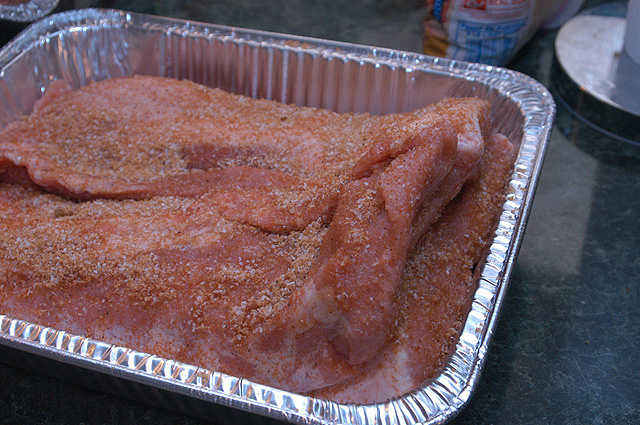 I didn’t get around to making pickles, but I did make some more bread, which was met with good reviews by the crowd. 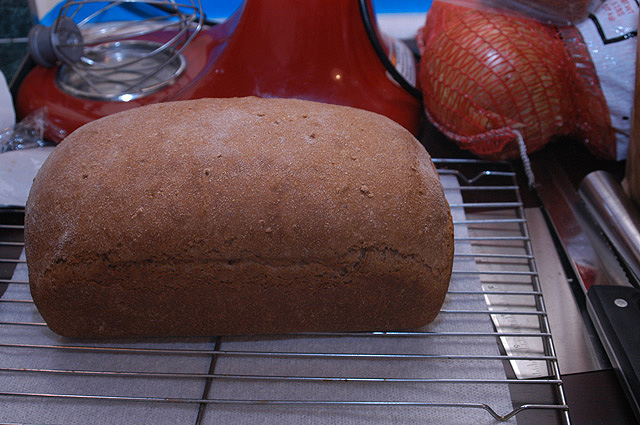 The bounty from the farmer’s market, tossed with some olive oil, salt, pepper, a squeeze of fresh lemon juice, and some oregano, ready to hit the oven under the broiler. The grape tomatoes were not added until the last couple of minutes of cooking, as otherwise they’d have turned into mush by the time everything ese was done. 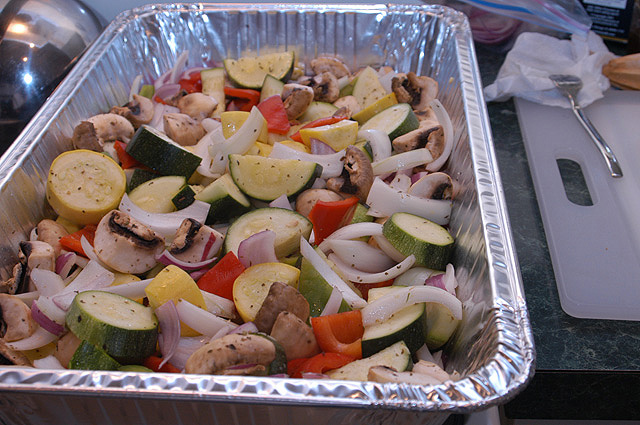 The chicken soaked for about an hour in fresh lemon, lime, and orange juices, along with some fresh ginger. The shrimp had their giant heads pulled off (and the veins, in these large shrimp, pulled right out, so deveining was a snap). Half the shrimp was reserved for the boil with copious amounts of Old Bay, and the other half went into a mix of fresh lime juice, honey, red pepper flakes, and olive oil. The ribs and the chicken both went into the oven at the same time, as they would take about the same time to finish. Once those were out, the veggies went in and the corn was tossed into some boiling water.

It looked something like this when set up buffet-style for everyone to fix their plates. 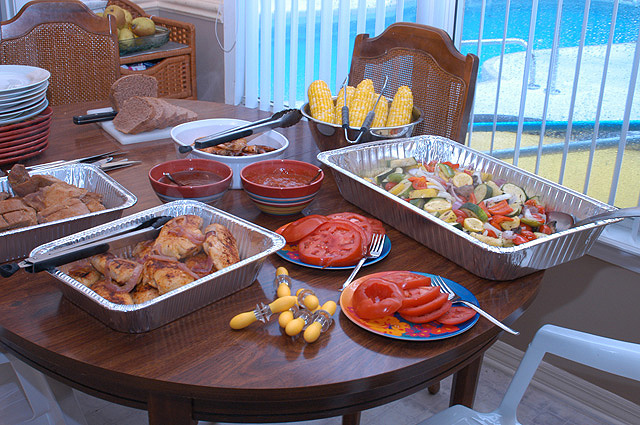 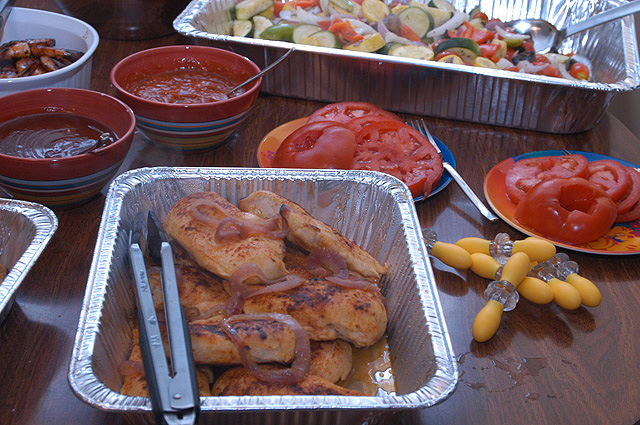 It wouldn’t be complete without the corn. 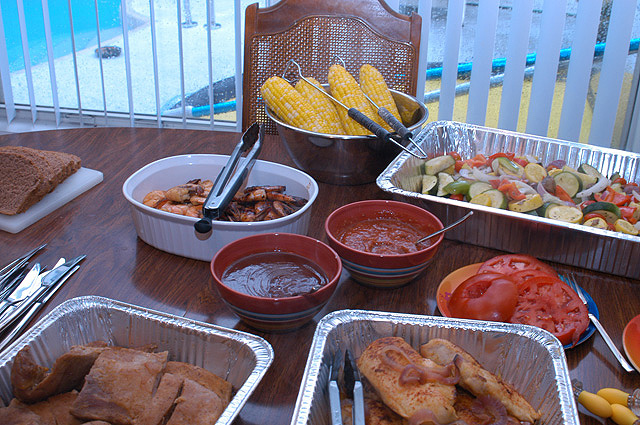 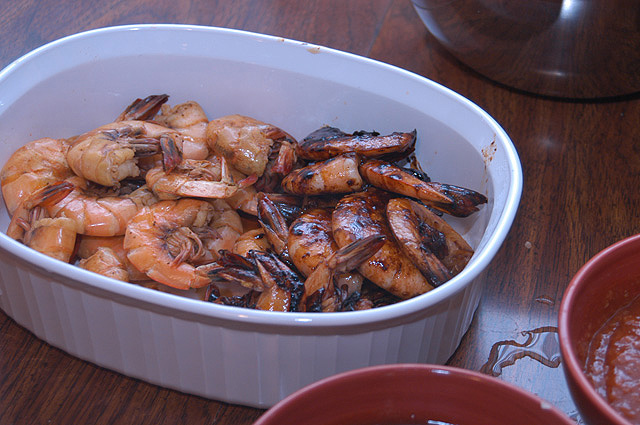 It was quiet for a bit as everyone dug in. Yours truly had more formula and a couple bites of vegetables. As everyone finished and headed back out to the porch to digest, I thought it might be nice to do a little something with a couple of the pears we’d picked up. What to do, what to do? Since we couldn’t indulge our firebug side with the grill, I did the next best thing.

I thinly sliced a couple of pears, then sauteed them for a few minutes in some butter and light brown sugar. A shot of rum, and they were set aflame. Once plated, they were topped with a scoop of ice cream and the remainder of the pan sauce drizzled over it all. The only thing missing was a fresh sprig of mint for garnish. 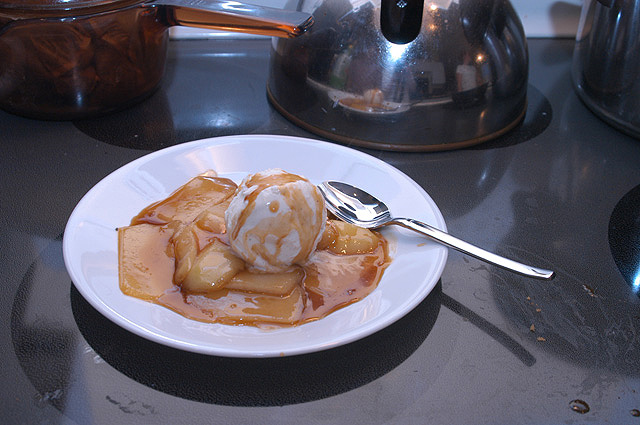 This went over very well with everyone who tried it.

So, you ask, what’s the cost breakdown for this feast?

There were leftovers, as well.

All of which goes to show that you can feed a good number of people, well, for a reasonable price. You can even serve dessert to those who have room for it…