Last night I and into the morning I was forced to deal with an assclown of the very first degree. At about 5 AM, I finally escaped for a few hours of much-needed sleep, but didn’t sleep well at all. Not because of any physical ailments (the Prevacid seems to be working pretty well after all), but because my mind kept turning over all the things I needed to get done and how much time was wasted on this guy’s asshattery. So after a few episodes of fitful dozing, I gave up and got up and went back to work.

The physical therapy is (of course) to build strength and flexibility back in my left side, which is becoming an issue as I am more active now. Unfortunatey, I did not discover that the appointment was for today rather than next week until last night. And since the appointment was in the middle of the day, it put a crimp in all the other things I wanted to do, like make bread and pickkles and chicken stock. It also presented me with an issue about dinner: I figured I could get done with (painful) therapy, hit the grocery store to find something suitable for the gang, put it all together, and get everyone fed.

And that worked out pretty well, all things considered. I found some huge boneless pork tenderloins – Carolina hogs! – at Publix on sale (1.99/pound), picked up a bag of yukon golds, some hearts of romaine, and some peas, and headed back to the homestead. Figuring I had about 20 minutes or so to grab a nap, I set my alarm and hit my bed. Then I do something I hardly ever do: I slept through my alarm. And no one woke me up. What did wake me was my sister setting the temp on the oven, which makes a soft beeping noise.

Up and at it. I rubbed the tenderloin – almost 9 pounds! – with some olive oil, then with salt, pepper, and garlic. A very simple preparation. That went into the oven and I started chopping the salad items and peeling the potatoes. A little late start on dinner, but well worth it. 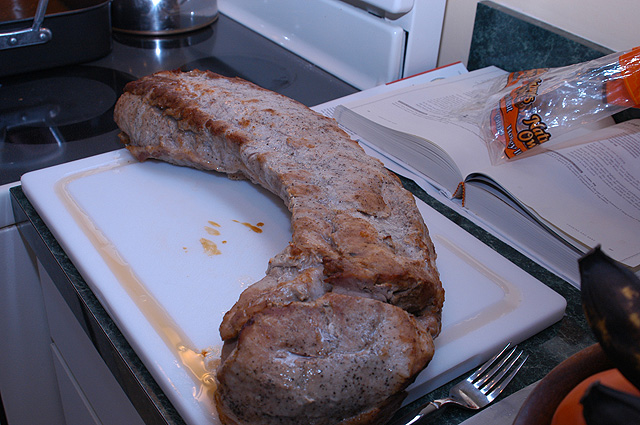 While it was resting, I whipped up a pan gravy. Tasty. 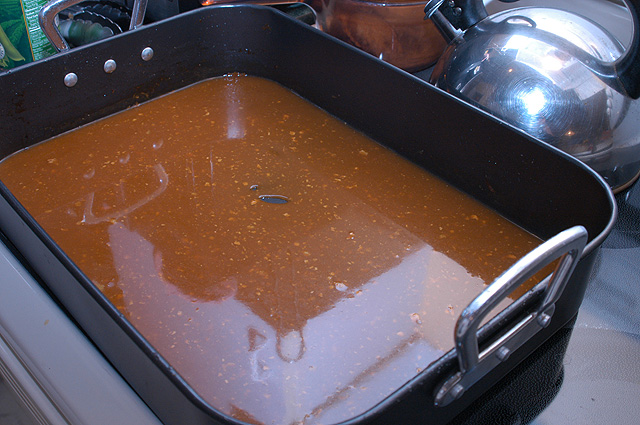 The vegetables, minus the rinsed lettuce, since my sister was a slacker. 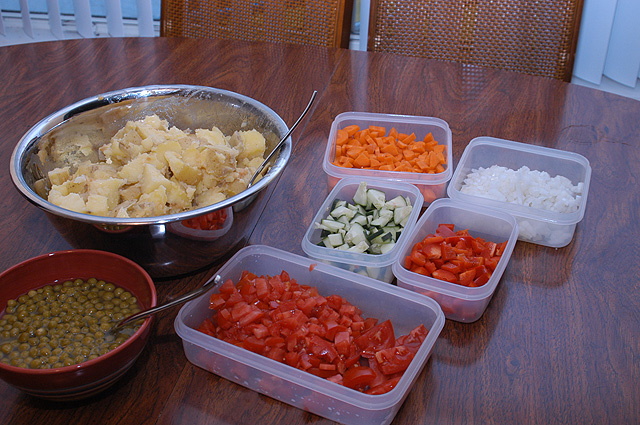 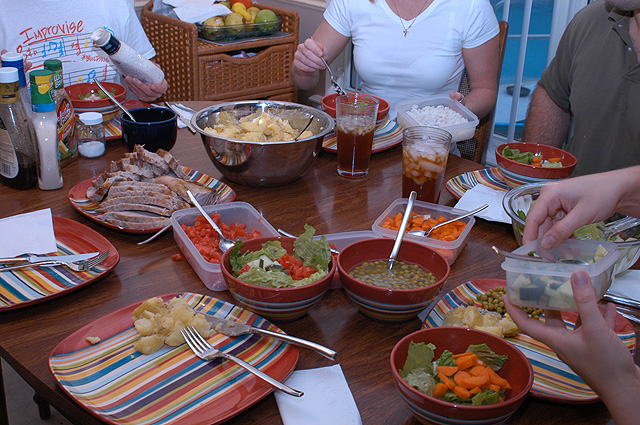 Having a good time. Wish you were here. 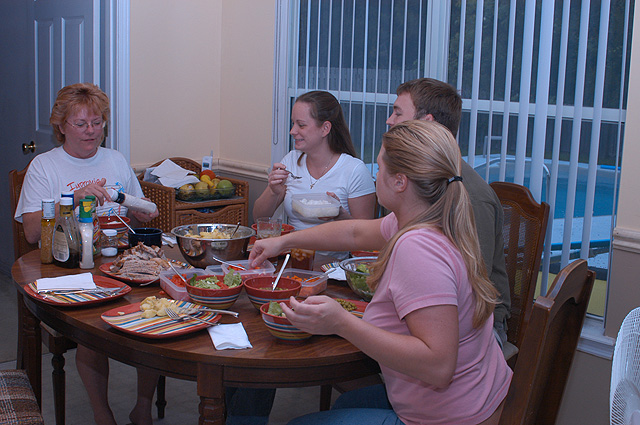 After dinner, we were looking over the pears that were left from the last foray at the farmer’s market, and noted that some of them needed to be used, pronto. One of my sisters asked me to flame them. I, never one to pass up the opportunity to play with fire, agreed. My other sister managed to get a photo of the dying flames. 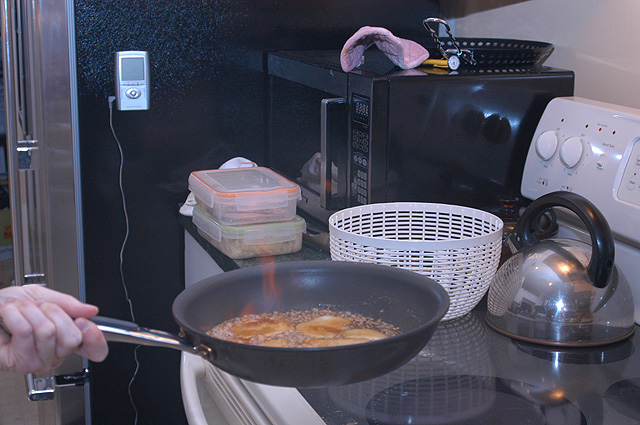 They also requested bananas be added to the pears, so naturally, that’s what I did. 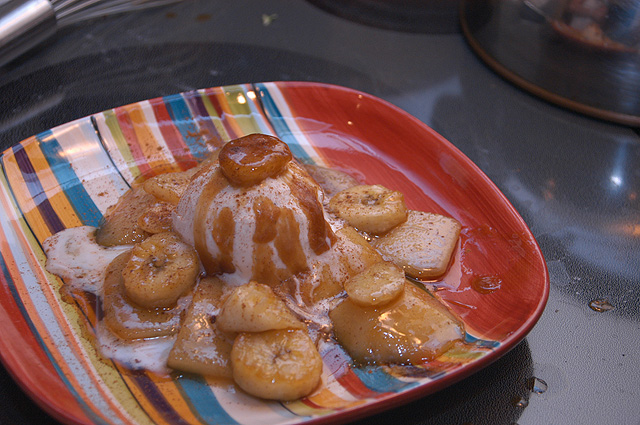 Suitably stuffed, and packed off with leftovers, people went happily along their way.

Did I eat? Yes, I managed some peas, a little bit of potato, and a little pork, the latter two of which were covered in gravy to make it easier for me. I skipped the pears and had ice cream alone.

Some of them, anyway. There’s just no doubt about it. If I could tell you about the times we’ve gotten caught up in peoples’ kindergarten-level spats with one another, I would. Unfortunately, I can’t. I say unfortunately because you won’t get the same amusement level that we do from such things – amusement that, for us, rapidly turns into irritation as we waste more time on their silliness. This is the only reason I’m sitting here at 0400 rather than sleeping, which is yet another reason for me to be significantly irritated with the guy who started the playground fight with another person. Here’s a free tip to those who want to engage in this nonsense: save it for regular business hours.