Heading to the wire on month end. Which is fabulous, except that month end comes around every month. I suppose I should be thankful that not all month ends are also end of quarter.

Work, work, work. What do you do when you’re working all day long, don’t feel quite….right, and need a quick meal? Pull out something from the freezer and combine it with leftovers, of course.

Frozen shrimp, courtesy of my sister, who finally brought me another 20 pound box. Leftover garlic potatoes from Wednesday night, combined with some of the diced onion left over from the salad making on Wednesday. Put them together – well, not together in the same pot – and you have the makings of a fine meal. 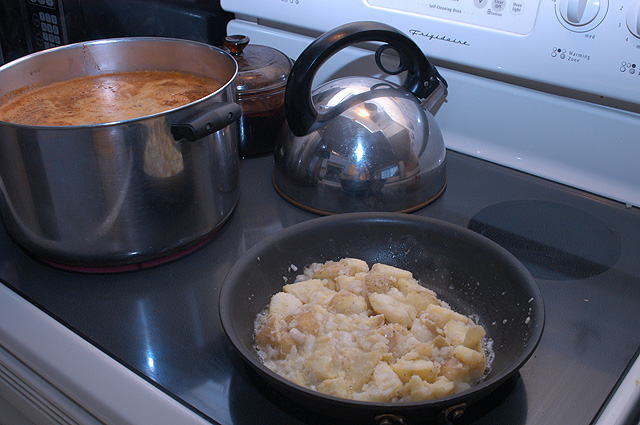 Simplicity is key. The shrimp went in some boiling water and beer, with Old Bay. 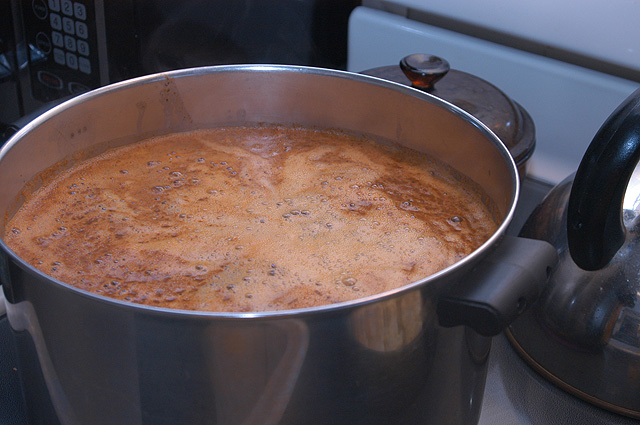 For the potatoes, I melted a bit of butter in a saute pan, tossed in the potatoes and some of the diced onion, and sprinkled with pepper. The key to these is to heat them at a relatively high heat, as they were previously boiled and tossed with butter and garlic for the last meal. This will allow some crust on the potatoes without turning them completely into mush. 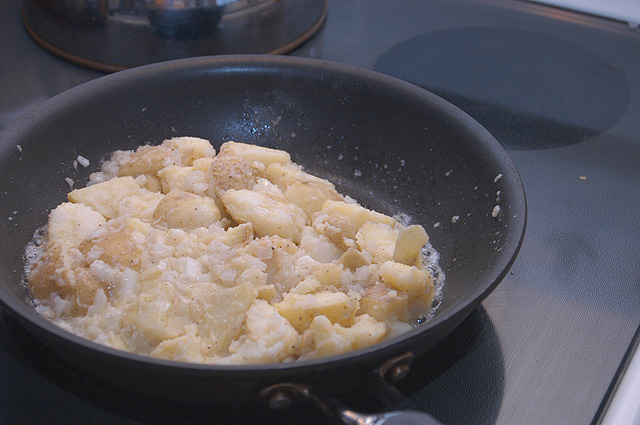 Toss the potatoes a couple of times, then turn them out onto a plate. My mom had a bit of steak and some salad left from yesterday’s lunch, so she had that as well. Some cocktail sauce (leftover from Sunday’s gathering) and a bowl of melted butter with lemon juice in it for the shrimp are necessities. 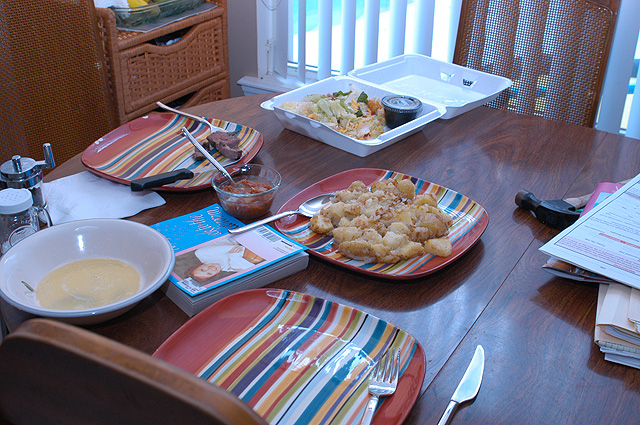 And then there is the shrimp. 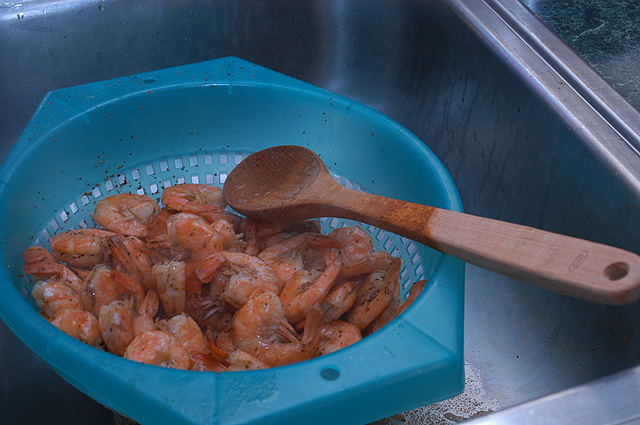 An easy meal for all concerned.

Did I eat? Indeed I did: five shrimp and some of the potatoes. Not like it used to be, I can tell you that: in the old days, I could easily put back a pound of shrimp on my own. Sometimes a bit more. These days, though, I take what I can. Today, I also ordered an ice cream maker. Time to start doing that myself as well.

Tomorrow, my aunt is having her 4th of July party, and I’ve been asked to smoke some ribs. I pulled out the two packages (that’s four slabs) I had in the freezer and they’re defrosting nicely for their date tomorrow morning with the smoker. 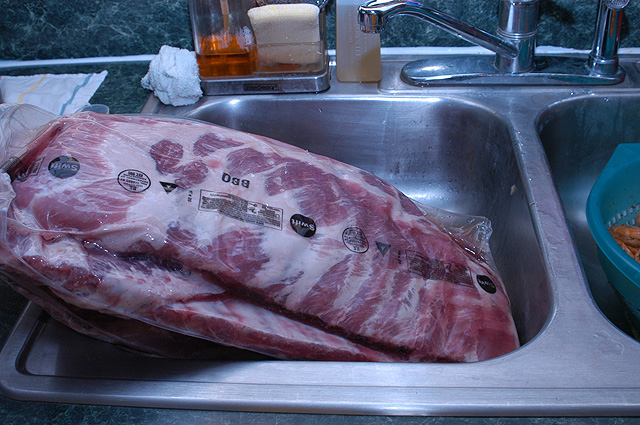