I just couldn’t wait for the biga to sit overnight, so I gave it about six hours or so (during which time it almost overran the bowl I had it in, attempting to become Blob-like). From there, is was into the dough mix after being cut into ten or so smaller pieces.

The batards, after proofing, ready to go into the oven. A cappuccino for the baker. 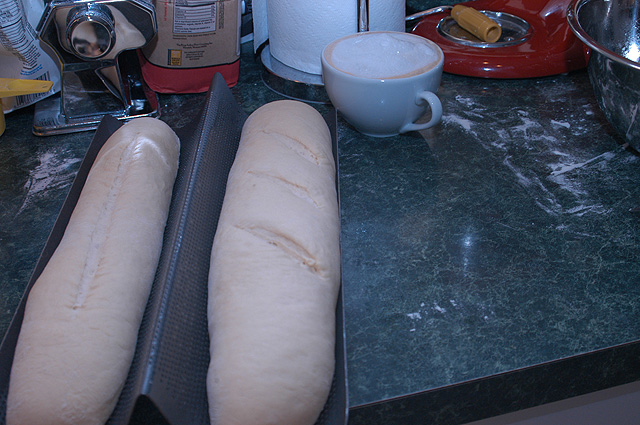 Into the oven, with a makeshift steam bath under the pan. Next time I think I’ll bake them right on the stone. 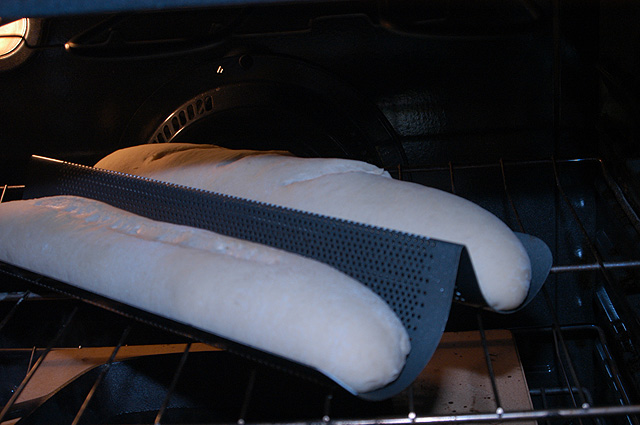 But they turned out well, even in the pan. 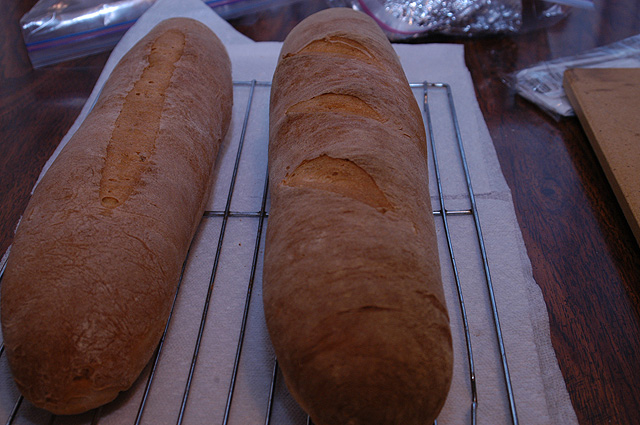 And looked decent on the inside. 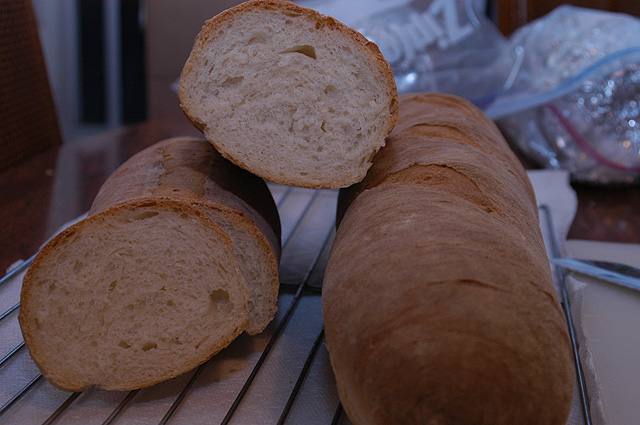 I had a bite of that slice, with the crust: marvelous! Crisp crust, chewy interior, great flavor from the fermented biga. Takes me a bit to get through a bite, but is it ever worth it. 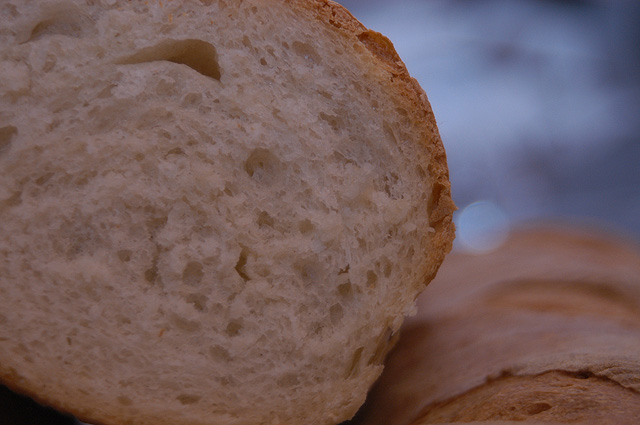 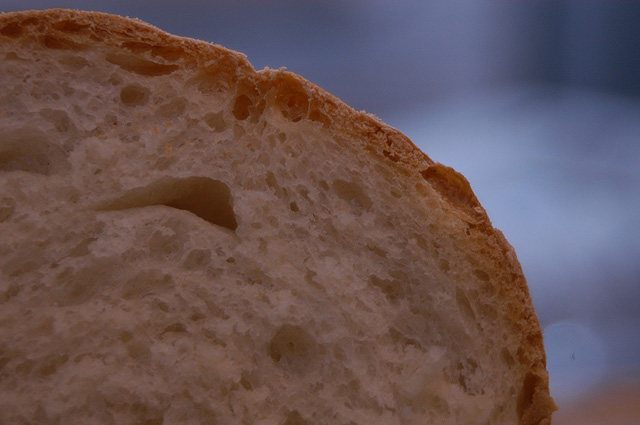 Tomorrow, after my mom is settled into whatever room they put her in after surgery, I’ll be heading to the house to pick up her things. More importantly, though, I’ll be taking back some real food for her to eat so she doesn’t have to suffer through hospital food. That will include some of this freshly made bread and some butter to slather on it, along with some iced tea and cold cucumber-avocado soup. A care package to tide her over until they kick her out.

One thought on “So, how did that bread turn out?”