I’ve said it before: I love baking bread. I just wish I had more time for it. My plan today was to put together the biga for a couple of Italian loaves, let it retard overnight, then make the dough, add the biga, and bake them tomorrow. Instead, between emergencies and bouts of moving people between servers, I let the biga sit for about four hours, then went ahead and assembled everything, to take a break here and there from watching the processes spin. 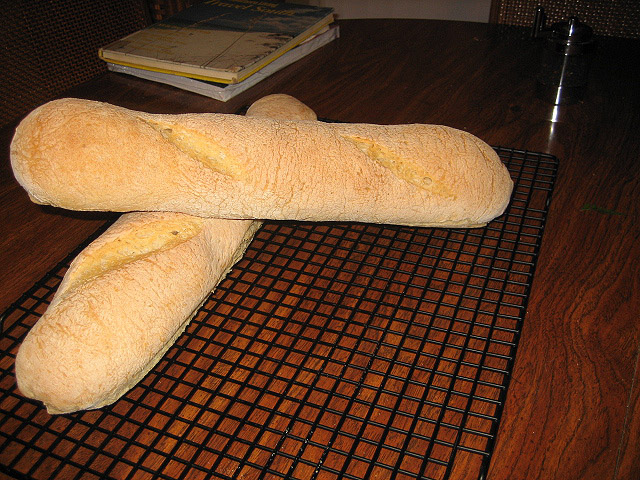 I’m pleased with the way it turned out. Since I’ve managed to make it consistently, this will probably remain my standard recipe for this particular bread. 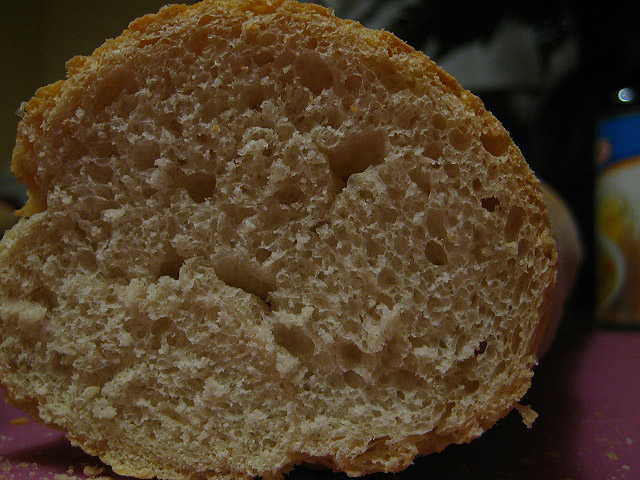 As one loaf will be going home with someone leaving tomorrow after a visit, I’ll be making another batch tomorrow, I suppose, to ensure there’s enough bread around for the eaters on Sunday (and those who like to take goodies home with them). Or perhaps we’ll skip that and just go with fresh pita bread. Indecision is a terrible thing.

What is certain, however, is that I have an inordinate amount of work to do – both real work and food work. There just aren’t enough hours in the day, really, and of course there never will be. It took all day Thursday to make soup, since we had to meet the appraiser at a house in which I’m interested in the morning, and then we had mom’s birthday dinner that evening. In the between time, I worked, roasted a lot of peppers, and wished my back would stop the aching in the middle of my shoulder blades.

To make soup, you need a lot of peppers. 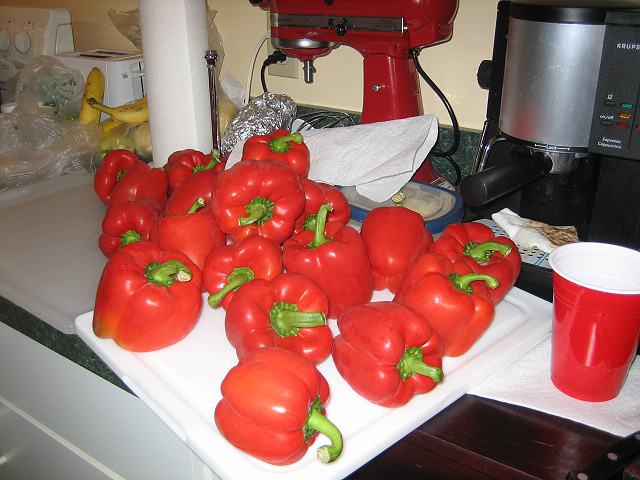 They need to be roasted and then sweated. 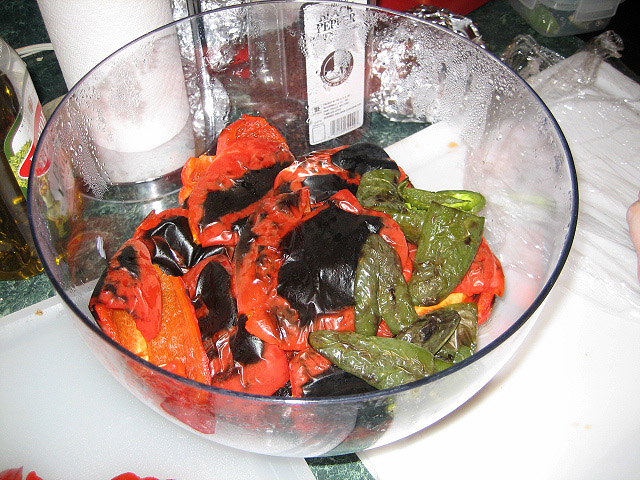 And peeled, of course. But with the right roasting and the right handling, the skins slide right off. 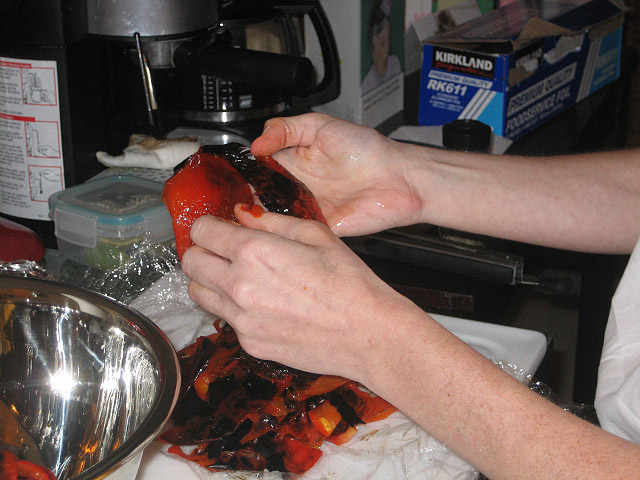 My sister said the peeled peppers looked like a pile of livers. 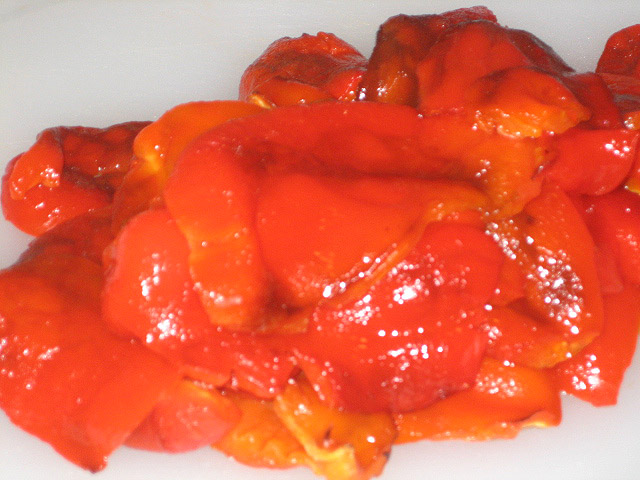 Cook the peppers with the other ingredients, puree it all, and soup’s on. A lot of peppers turns into a lot of soup. 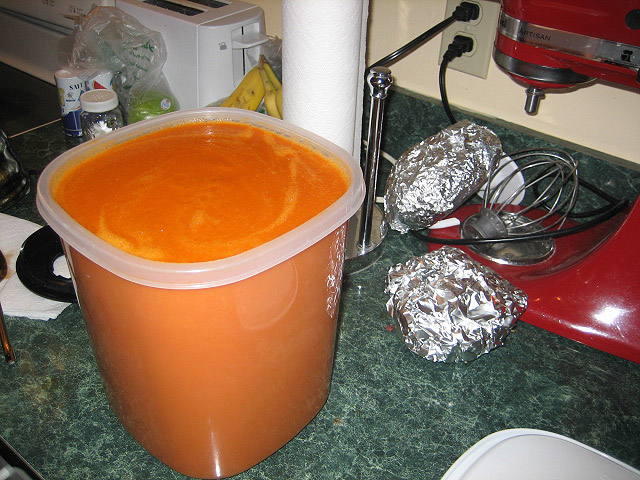 Saturday’s plan is to make the hummus, the guacamole, pitas, and break the ribs out for a soak and rub. I think I’ll try to assemble the tart as well, and maybe go ahead and make the lemon bars. Rather ambitious, to be sure.