Day two dawned with all of us up bright and early – ok, maybe early, but not terribly bright without food or caffeine yet. As we did need sustenance for the road, we took ourselves downstairs for breakfast. 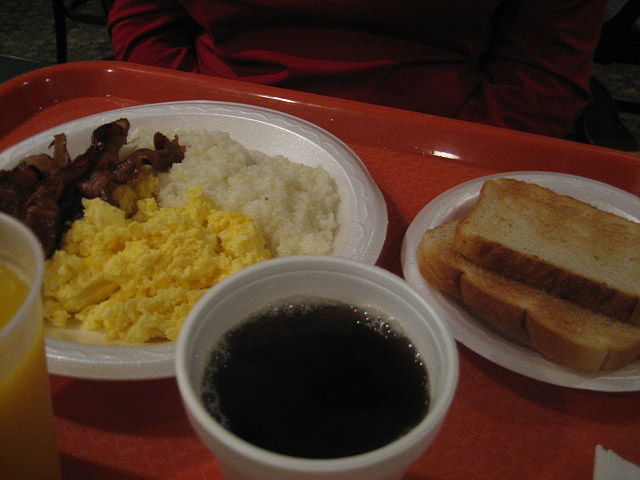 Mom and I both had a more typical Southern style breakfast: biscuits and gravy, with bacon. My portion was a mass of bacon-y goodness, chewy and slightly greasy. Of course, I was unable to eat even a quarter of it, but what I did have was tasty (although both Barb and Mom said the bacon was slightly too salty for their taste – my benefit of screwed up taste buds, I suppose, is that it really does take an extreme in order for some things to seem out of whack to me). 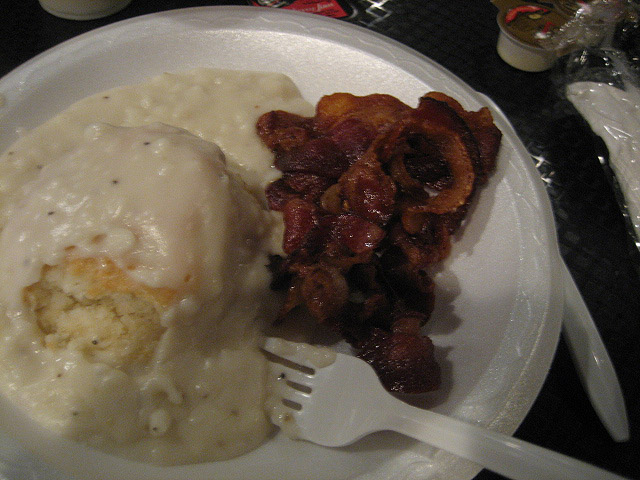 While we were eating, there were seniors appearing for breakfast as well, most of whom were wearing Senior Olympics shirts. Despite my overwhelming curiosity and desire to ask them about it, I refrained and we got our show back on the road. 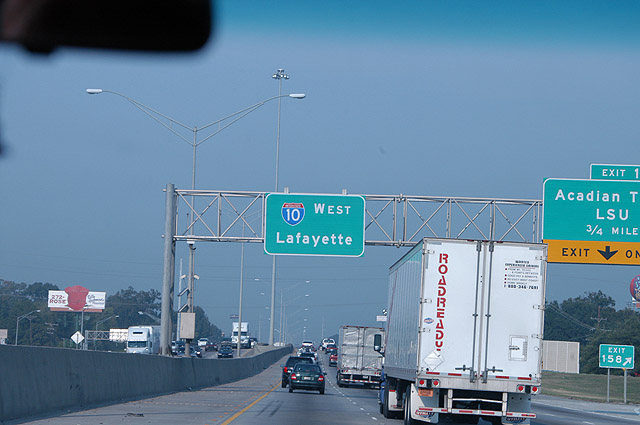 We crossed over the mighty Mississippi River – the first time I’ve ever crossed it other than in an airplane. 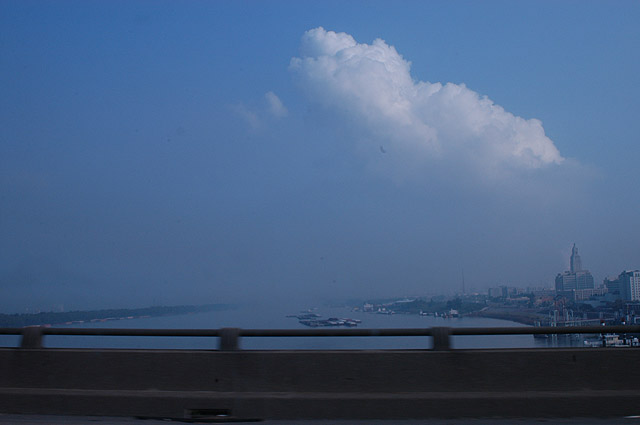 One thing I did not know about Louisiana and Texas was the amount of rice farming done in those states. Louisiana also has a good amount of sugar cane farming. 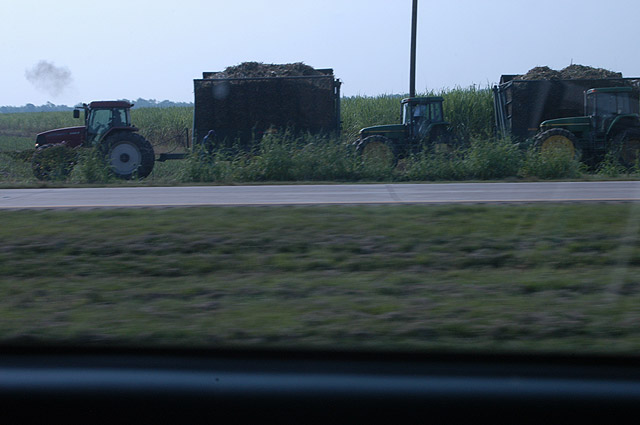 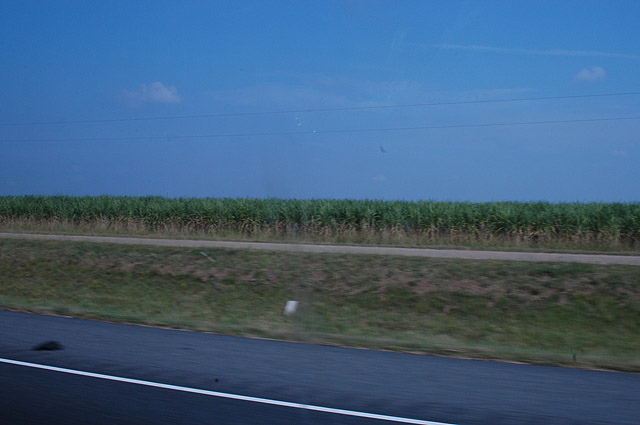 Of course, oil and gas are huge, and it isn’t strange at all to see working machinery in the midst of what appears to be otherwise arable farm or pastureland. 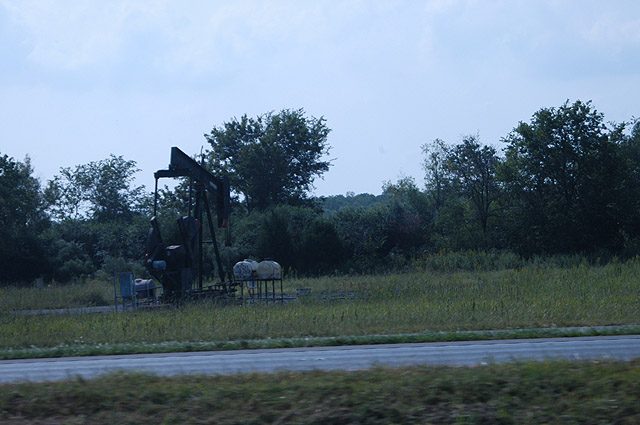 Along the way, in front of yet another sugarcane field, we saw some workers in very fashionable prison garb. 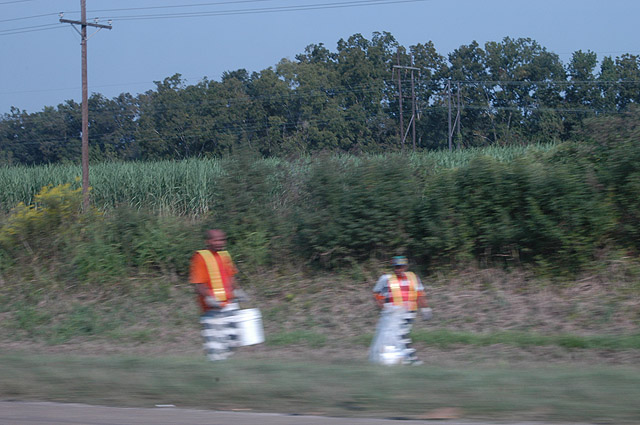 Since we had no particular time constraints, we made a stop at the Atchafalaya (ah-CHA-fah-lye-ya) information center. 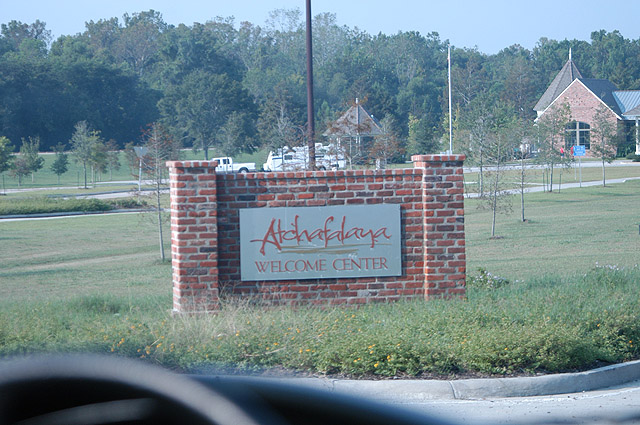 This was still in Louisiana, and is on the eastern side of the Atchafalaya swamp. 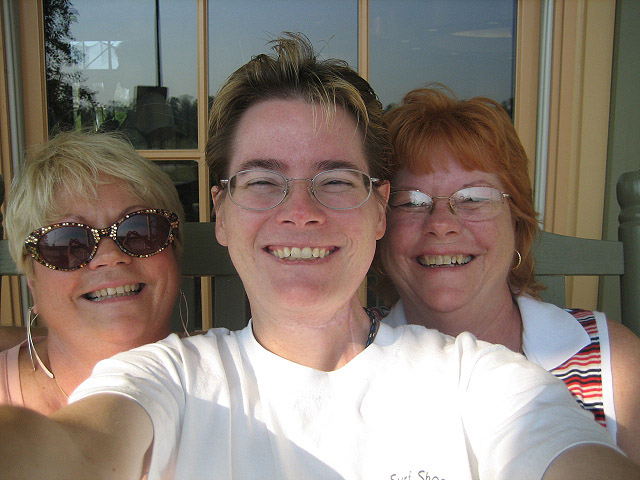 We watched a short movie about the swamp – which really is a tourist infomercial, as most of these things are – read up about the area… 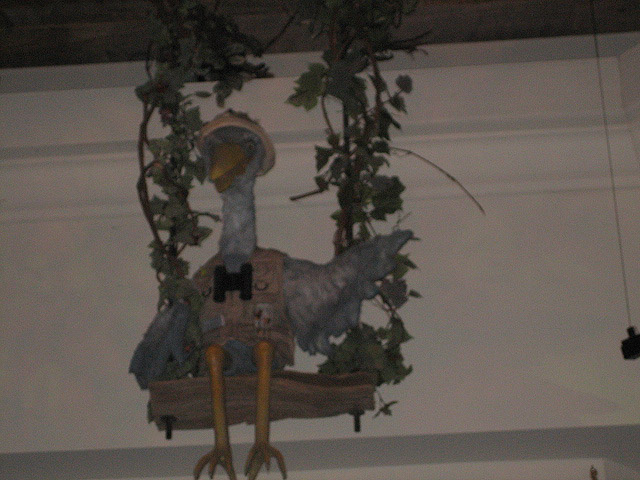 …and then pushed on, ever westward. 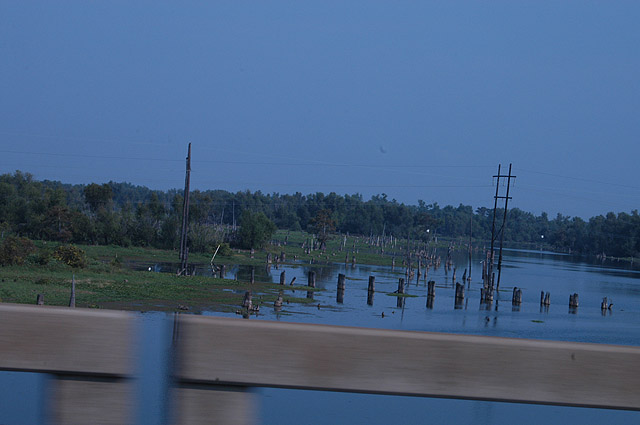 The map of the swamp shows a myriad of oil and natural gas fields, and the bridge over the swamp reminded me a great deal of the Chesapeake Bridge in Maryland – except with more trees and, you know, swampier. 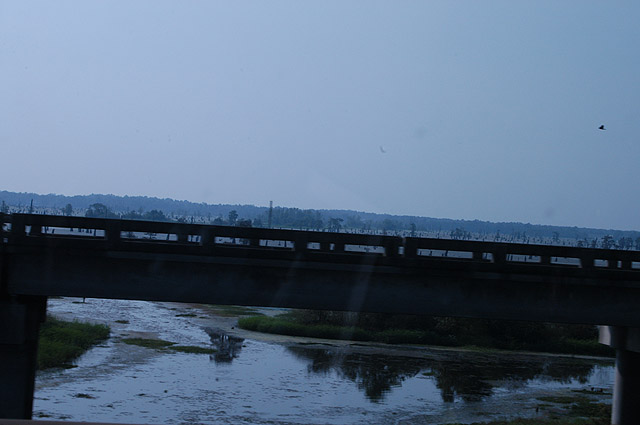 Driving is hungry work, so we stopped off in Iowa, home of the Yellowjackets, according to the water tower. 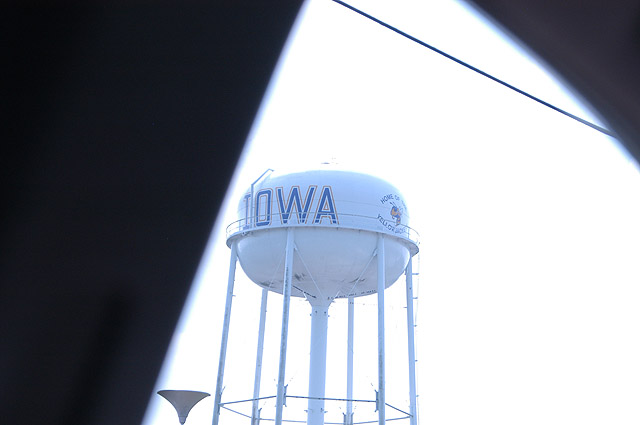 Our goal was Big Daddy’s, which we found after driving down the main street in Iowa and then back toward the highway. 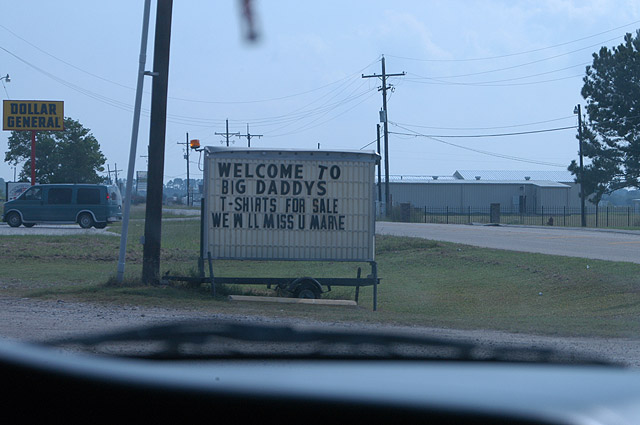 Alas, crawfish were not running when we visited, so there were no crawfish to be had. Instead, we had the buffet: fried chicken, corn, beans, mashed potatoes, spicy meatballs, salad, and a couple of desserts (banana pudding and bread pudding). 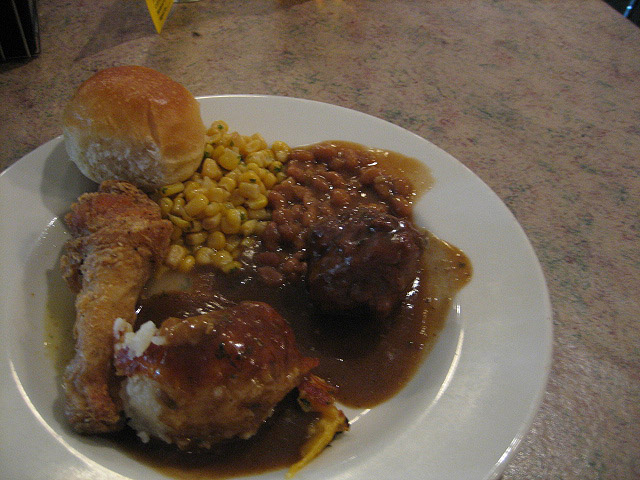 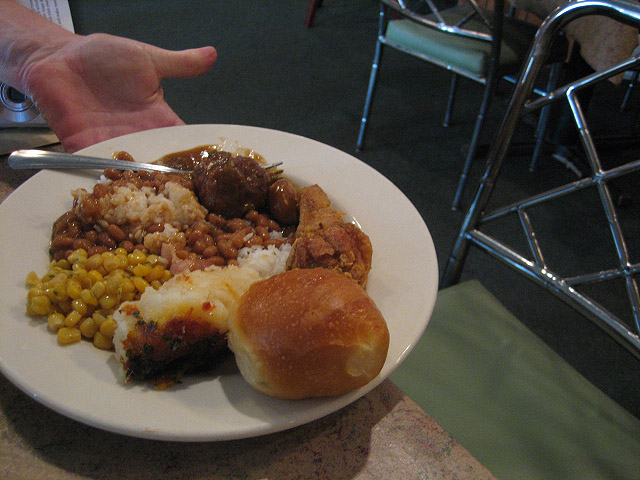 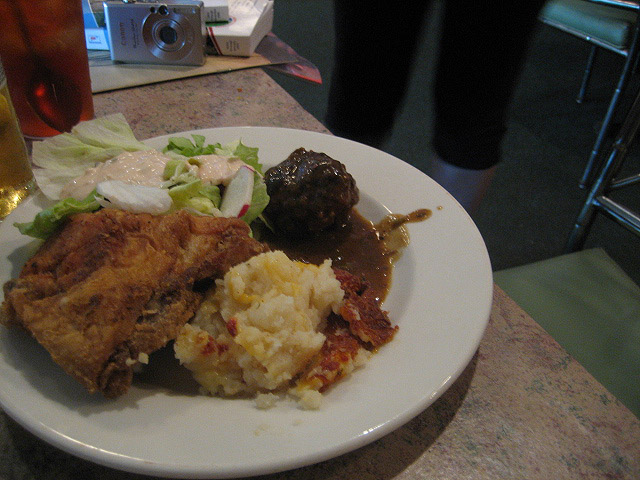 The chicken was tasty, as were the beans and corn. The meatballs did have a bit of a kick to them, but with the shape my mouth is in, too much for me. The rolls were bought, and the puddings were uninteresting. One of the strangest things we encountered during this trip was the absence of sweet tea. In Louisiana and Texas, very few places at which we ate served sweet tea, and Big Daddy’s was no exception to this. But the meal was satisfying enough and the tea was freshly brewed, and thus sated, we piled back into the car to continue our journey.

One thought on “On the road again”