But before that, I wanted to mention something we saw last weeked. It was an absolutely stunning fall day, cool without being cold, bright blue raining down from the sky. It was also the weekend of the air show, with the Blue Angels performing. We didn’t see any of that, but we did see this.

I couldn’t get the entire image in one shot, so merged two shots after flipping them vertically and horizontally. If you can’t read it, it says Happy 60th Blue Angels. Very nice, and stayed up for quite awhile as there was not much wind.

Last night was a bit cool, so we had a fire crackling. 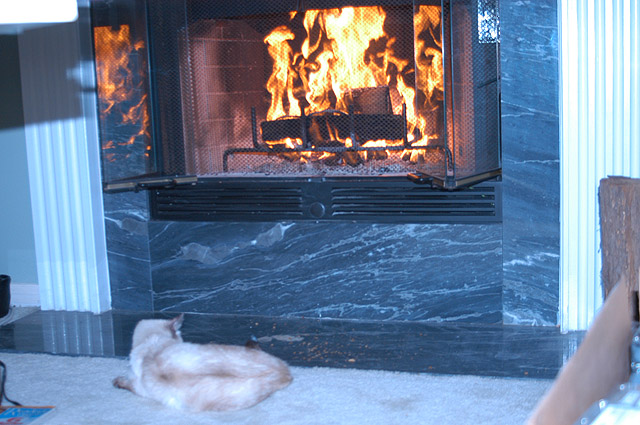 The little one appreciated it.

Today, in addition to doing my regular work stuff, I got my hands dirty.

Transplanted the zucchini, which was erupting out of the peat pots and threatening to take over the warmer. 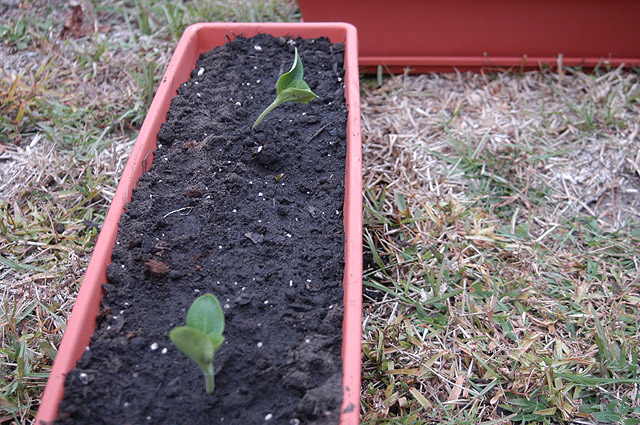 I also started some catnip for the kitties, stevia, cilantro, and spearmint. The dill has sprouted and is well on its way to a lovely bouqet.

What else has sprouted? Those sugar snap peas we sowed not terribly long ago. 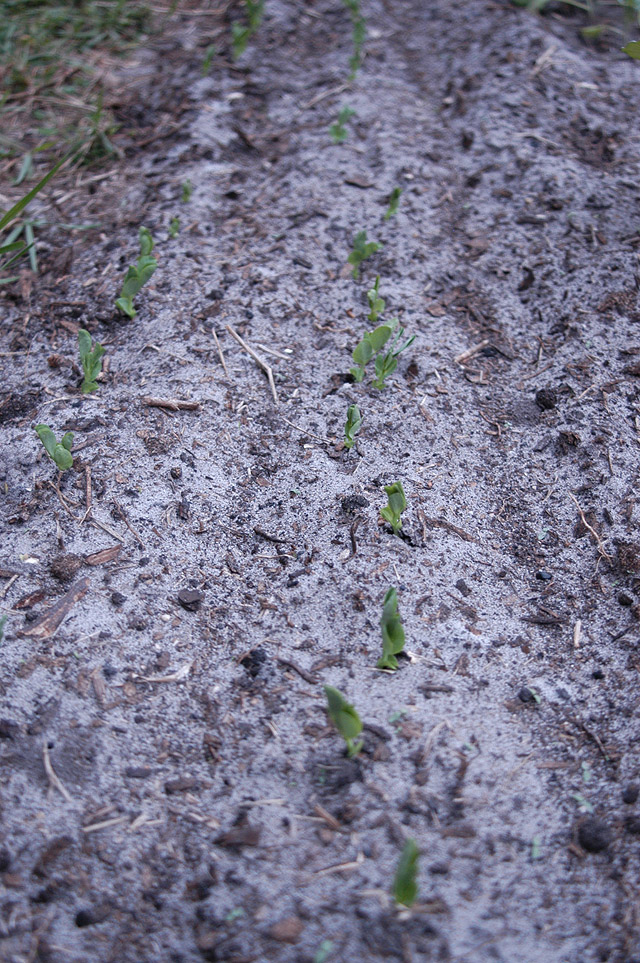 I’ll be digging up another small section for another variety of peas (real peas, the kind that most people get out of a can). I started some carrots (little finger), and we’ll see how those do.

Next weekend it will be time to thin and space the lettuce, put up some twine for the peas to climb, and transplant the tomatoes and leeks.

And maybe – just maybe – some of these will be ready next weekend as well. 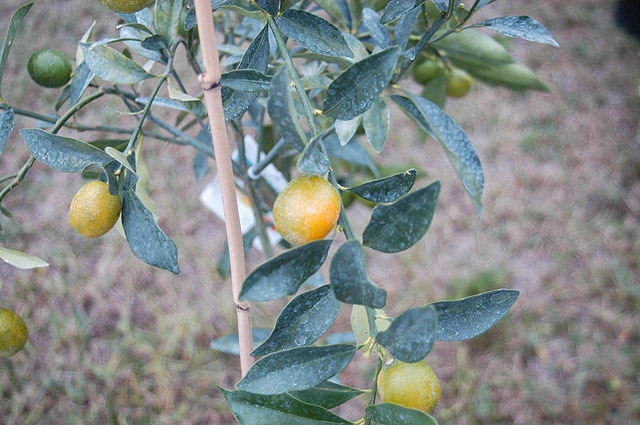 2 thoughts on “How does your garden grow?”