The “dog days of summer” phrase, for those of us linguistically inclined, is said to have originated because of the rise pattern of Sirius (the dog star) before the sun during the hot, heavy days of summer arrive.

Our dog days, though, have come right now.

My mother, who has said for quite some time now that there will be no more animals in the house, had a change of heart after watching the news and seeing a dog named Paddington (as in Paddington Bear) on the news as one of the featured dogs picked up by City Rescue and available for adoption. During the public service tidbit, the web site was flashed, so of course she had to visit. Where, of course, she found all sorts of cute dogs, including one named Hana, a Lhaso Apso mix. Despite her best intentions, she decided we should go visit Hana and see what she was like. I knew that if she were available, we’d be bringing her home.

When we walked in the door of the adoption center, though, we found that someone else had already begun the paperwork to adopt her. Luckily for us, another Lhaso mix, a five year old male, was also available. We decided to bring him home – except that the center had neglected to implant his microchip and give him the required rabies shot. So, on Monday we’ll head back to pick him up.

I’d told my sister that when we moved to our farm, we should get a border collie, especially if we wound up having livestock of any sort. Wouldn’t you know it, while at the center, we spotted a lab/border collie mix. We visited with him as we had with the Lhaso, and decided against taking him home – at four months old, and with the energy of a puppy, we thought he might be too excitable.

As we drove away, though, we decided that he would be young enough to train properly – this household is not quite the same as some households who get dogs and then don’t really do much with them beyond feed and water them. So we turned around and went back for him.

The training has already started. He’s quite a smart dog, and except for a couple of accidents – hey, he’s a puppy – the training is going well indeed. The cats are not happy with the sudden invasion, but they are cats and hence the rulers of the world, so they’ll claim their rightful place in the hierarchy and everyone will be just fine.

This means that we’ll be a two dog household come early next week. Better find that dream property and get ourselves moved…

Sometimes, you just have to do a little baking. The freaks in the house like raisins in their bread, and since I’m not eating all that much bread myself, the baking would have to be for them, so raisins it is. 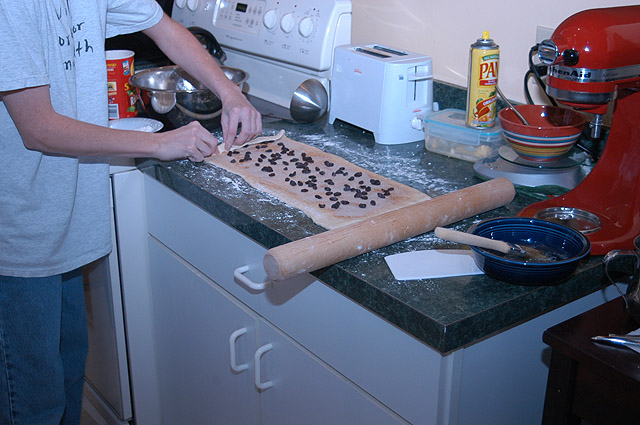 Out of the oven, brushed with butter. 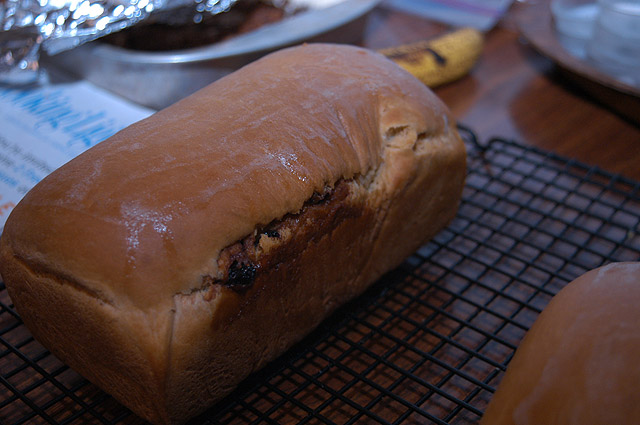 Is there anything like freshly cut homemade bread, the scent of which lingers for hours? 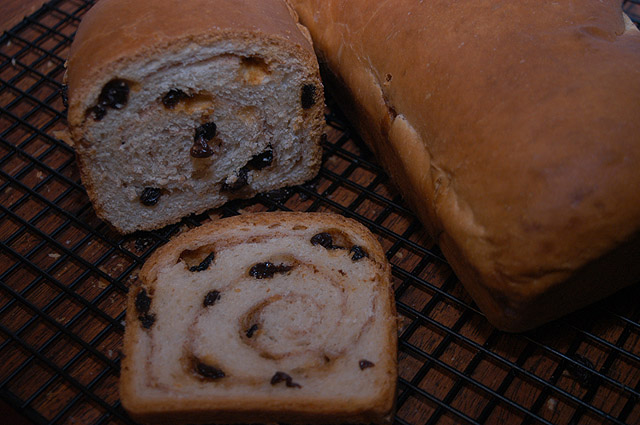 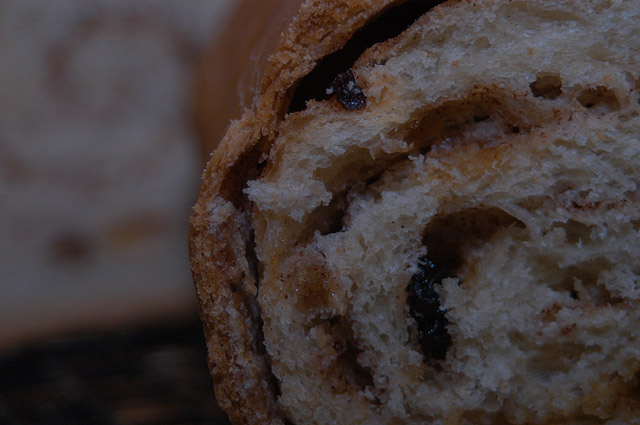