My last “day” has been one of Those Days.

All was right with the world when it started, though. It was a beautiful day Sunday, clear blue skies, nice fall-like temperatures, and not a ton of support requests. This not only allowed me to get some maintenance-type things done within the network and on some servers, but let me go out with the fam to get a tree. Mom and The Boy put it up. Crooked, I said. Nah, they said, you’re just looking at it from an angle. Pictures don’t lie, though. 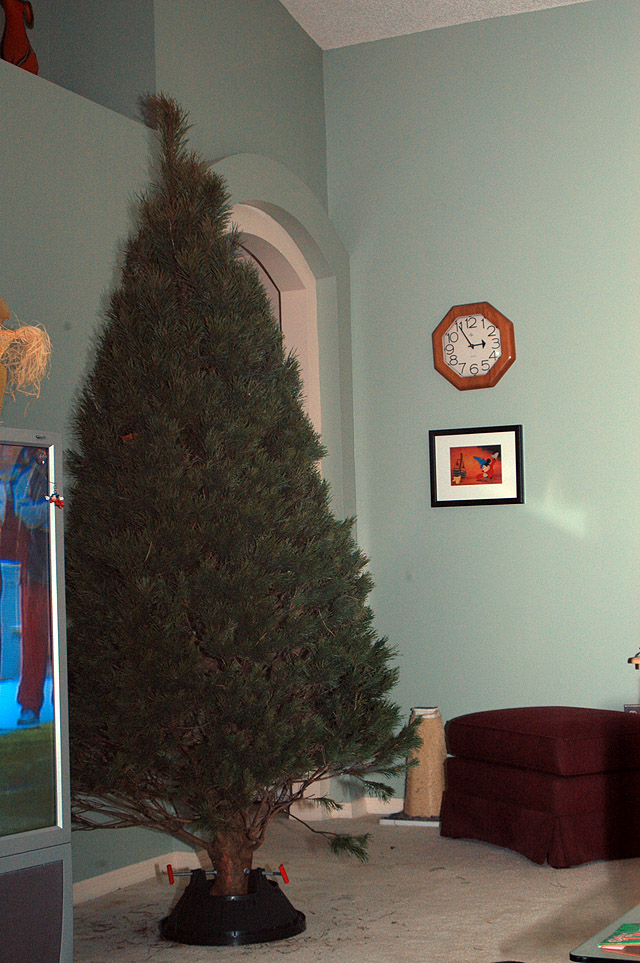 They straightened it and we left it naked for the day, as we had to haul out the lights, ornaments, and other assorted knickknacks that make up the season. Mickey went with us to pick out a tree and for a stop at Publix for some steaks. After we returned, we ran him around the yard a bit, then came back in to get the steaks in a marinade. This dog can be really flat when he has a mind to be. 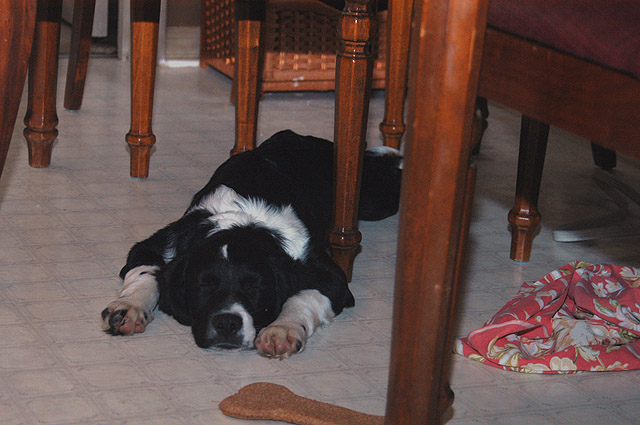 Gandalf is still working on showing everyone just who is boss around here (me, but she has rule of the animals). She is still not very happy, but she has already shown Mickey just who ranks higher on the food chain. 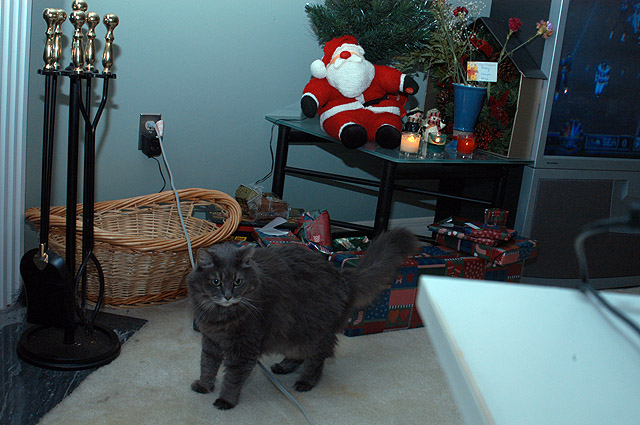 Very late Sunday evening, one of the oldest servers in the network decided that it had had about enough and gave in the start of death throes for the primary drive. After sending out a round of emergency notices about moves from this server to another, I began the quest to get everyone moved and keep the server running. Anyone who has worked in tech knows how difficult a prospect this can be, and the bulk of my time – except for a too-short nap – has been spent moving people and trying to keep the server up so we can move people. An unfortunate fact of life in this world of ours, and I wound up in rush hour traffic headed to the datacenter to get the damn thing back on the air this afternoon. This was done via a Frankenstein-like setup that I hope will last until the last of the accounts are moved off, and for the moment it seems to be working well.

On a brighter note, we went back for the other new member of the family. When we stopped into the pet supply store next to the adoption center, we ran into one of the volunteers from the center, who told us the poor guy whined much of Sunday, even though we’d told him we were coming back for him on Monday. He is a Lhaso Apso (or mix, with the Lhaso predominant), and is currently shaved because they picked him up as a stray and he was matted. This evening he had a bath and will be going in for more grooming as he still has a few knots here and there. The center estimates he’s about five, maybe five and a half years old. Mom and I had been calling him Goofy, because he is, but my sister has decided to name him Newton. 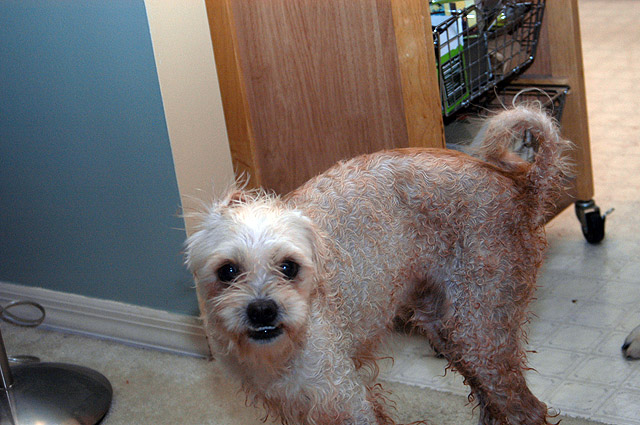 He’ll be handsome when his hair grows back. 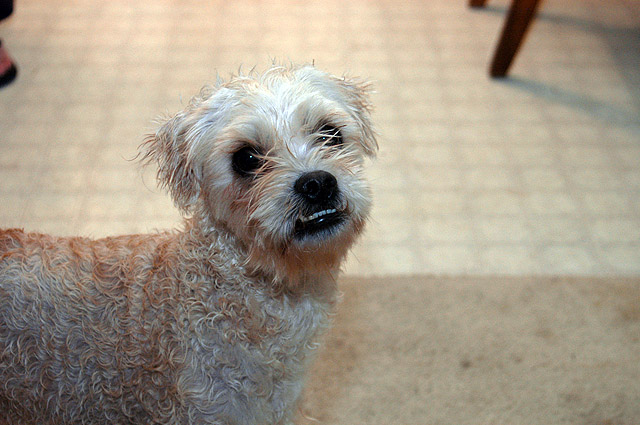 So far, things are going pretty well between the two dogs, and the little cat has gone nose to nose with Newton and sniffed Mickey. We’ll all be one big happy family before too long, I think.

I should also mention that Mickey tried to kill me tonight. I had gone to pick up The Boy from a catering gig, and Mickey went along for the ride. As we came back in the front door, Mickey, being a border collie, tried to herd me. To avoid stepping on him, I allowed it, and he managed to herd me into a stack of boxes containing decorations. This would not have been so bad had Mickey not suddenly changed course, going under my feet again, which resulted in me taking one of those exaggerated steps people take when they’re trying to avoid stepping on a child or small animal. Even this would not have been so bad had Mickey not pushed into my other leg at the same time. All of these together, though, caused me to fall, hard, flat in the foyer. As I was assessing the damage – both knees hit, and both will have spectacular bruising, my right elbow banged into one of the boxes before hitting the floor, my left shoulder jammed as there’s not enough strength on that side to catch my bodyweight, and my right shoulder took a hit as the weight rolled to that side – Mickey was very contrite and came over to lie down next to me and rest his head on my shin. What a smart dog. Except for the part where he then tried to lay over both of my legs, just below my knees. And the part where he peed on the carpet after we’d stayed out front for a few minutes after the car ride home in case he had to go.