It’s the annual mega hunting and gathering fest otherwise known as Christmas. I’m not really feeling the mood. Still, there are things that need to be done for the holiday, and my aunt has requested that I make some of my cranberry-apple compote for the dinner she’s having Monday (noon, for those interested in joining in). Off we went to Costco to find a huge bag of cranberries. We didn’t find any. Instead, we found something else, which we brought home and steamed to warm. 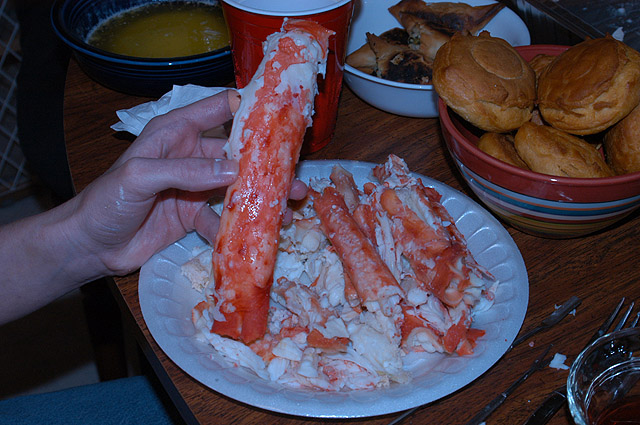 King crab, at ten bucks a pound, is a great deal if you can find it. Some of the legs were almost as long as my arm. I still wonder just who had the bright idea that these ugly creatures (and lobsters) were suitable for noshing. I’m glad they did, though I couldn’t really taste the crab at all. That’s a bummer, because I always did love it. Everyone else enjoyed it, and there were leftovers that will be turned into something – salad, fritters, cakes, something. 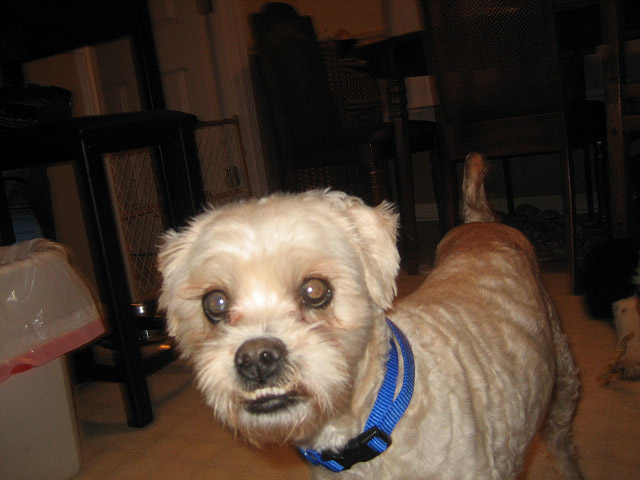 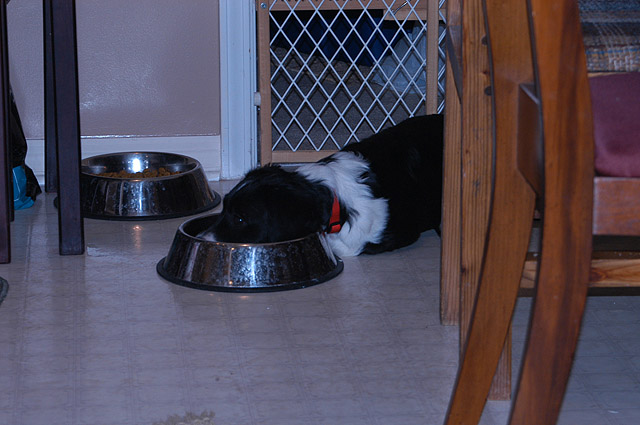 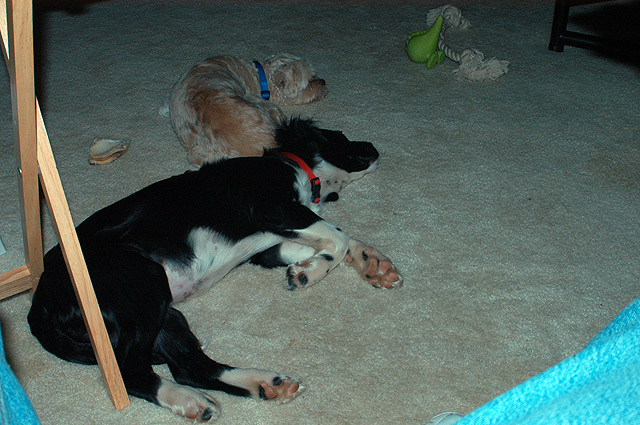 Mickey better hope Newton doesn’t let one loose. These dogs and their gas can bring a tear to your eye. 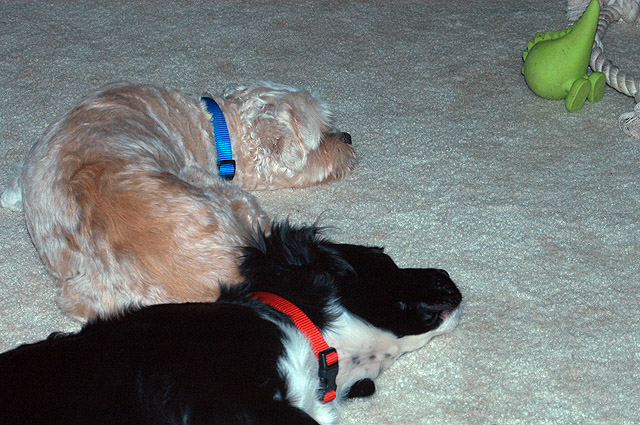 Anyone who has to travel through Jacksonville at some point can tell you about the bridges. Usually, those tales are peppered throughout with a great deal of cursing, as getting from point A to point B in this town can sometimes be a mammoth undertaking.

Over the years, though, bridge work has been done, to expand capacity and to do away with drawbridges that interrupt the flow of humanity hither and yon. One of the main bridges, which carries traffic on I-95 over the St. John’s River, was rebuilt at a higher level and with more lanes, parallel to the original bridge. The question then became: what do we do with the old Fuller Warren bridge? Some people wanted to leave the bridge up as a fishing pier, with the drawbridge permanently raised. Some people wanted it destroyed, and quickly.

Since the new bridge has been in place, the old bridge has been undergoing disassembly. This week, after some lengthy discussions about the cleanup of debris, a section of pilings was blown. We took ourselves down to the river, cameras in hand, to watch. 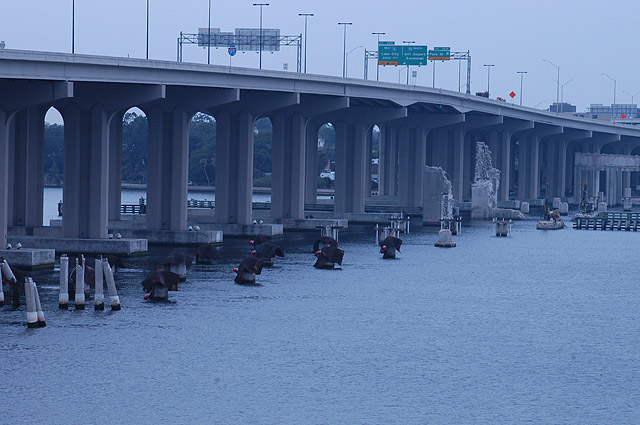 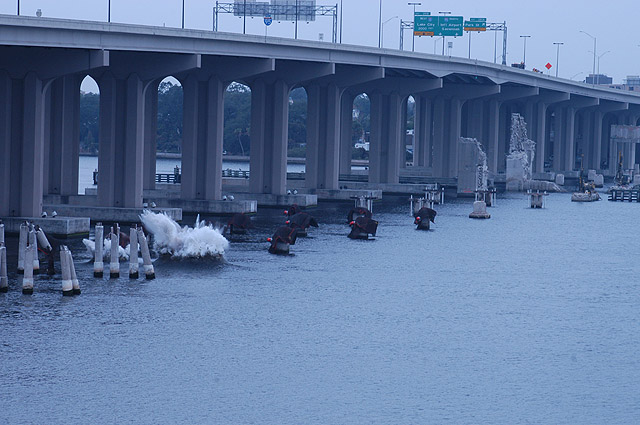 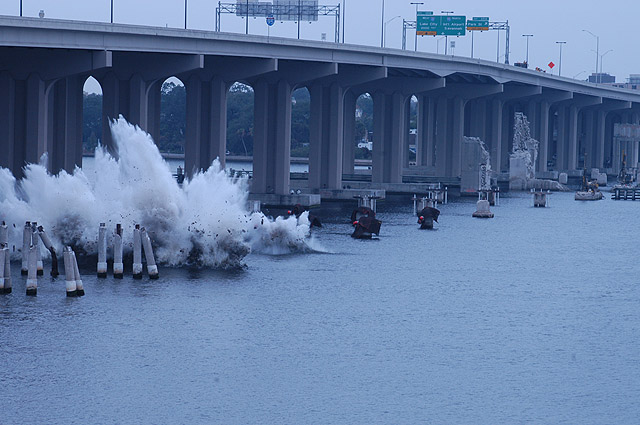 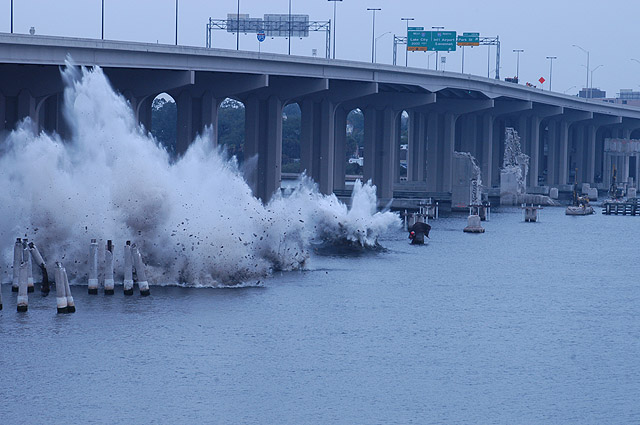 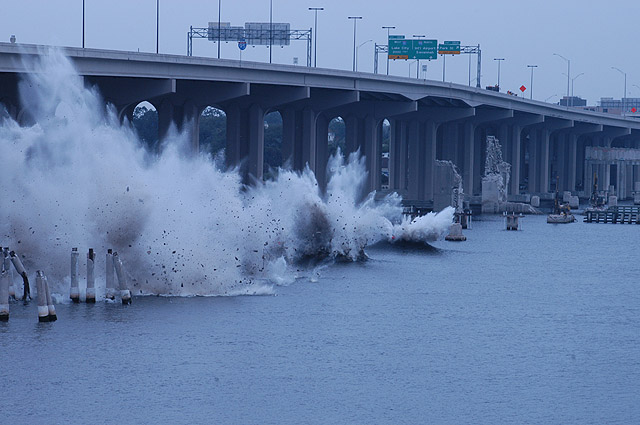 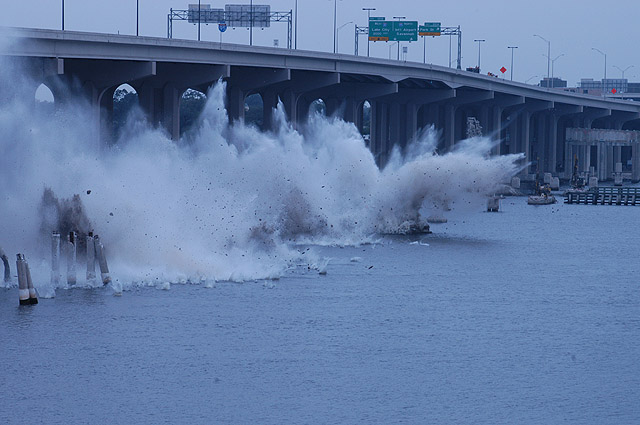 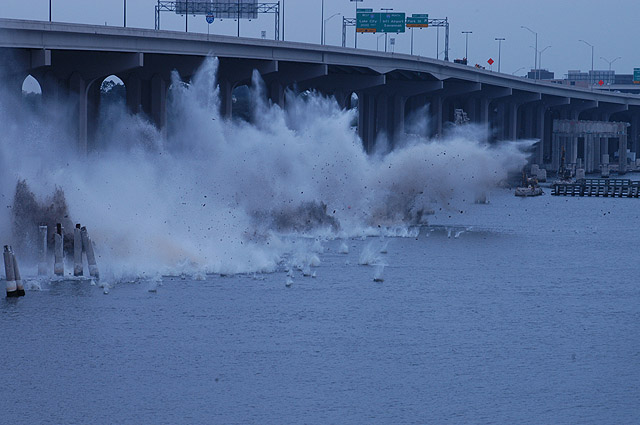 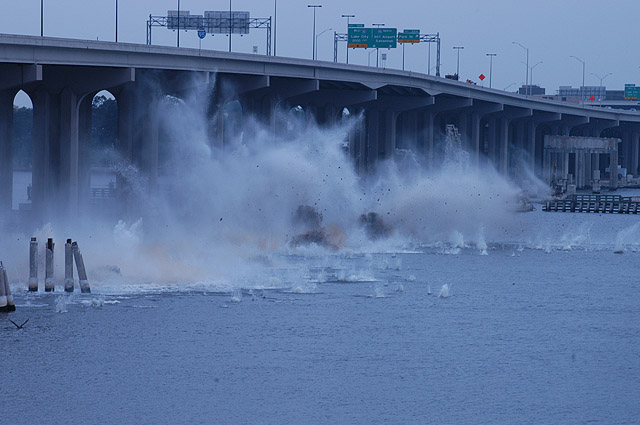 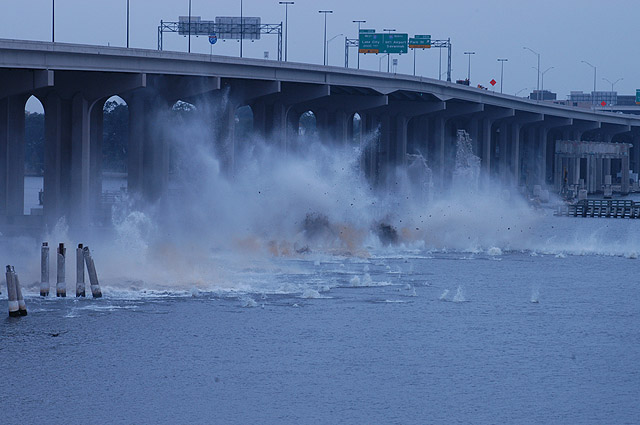 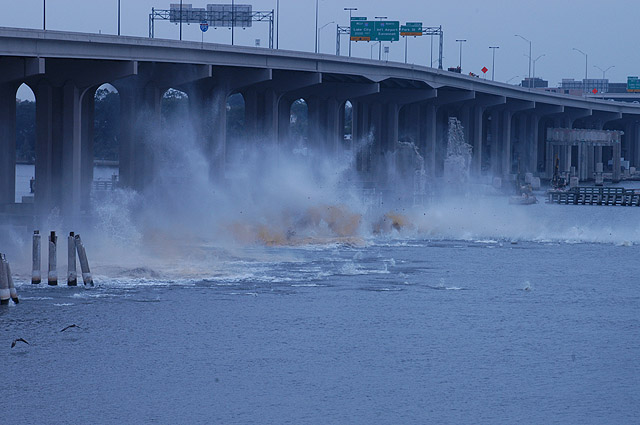 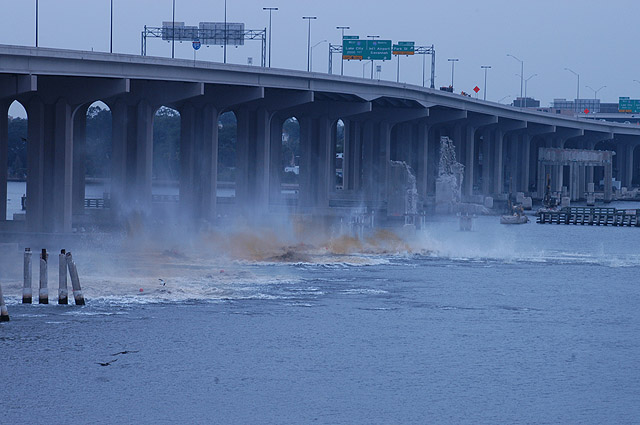 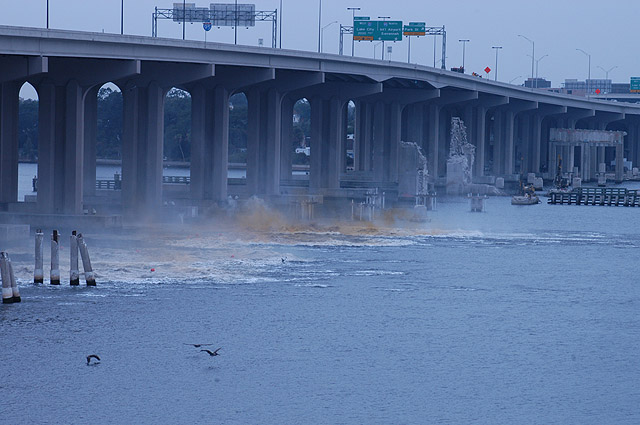 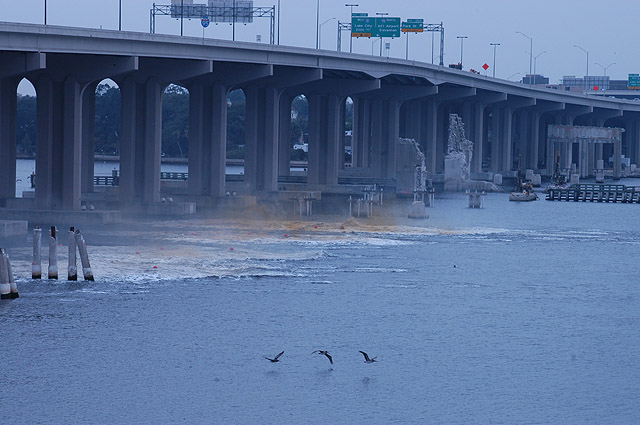 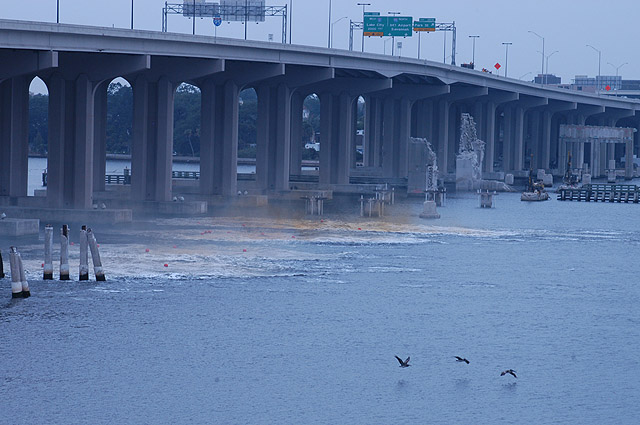 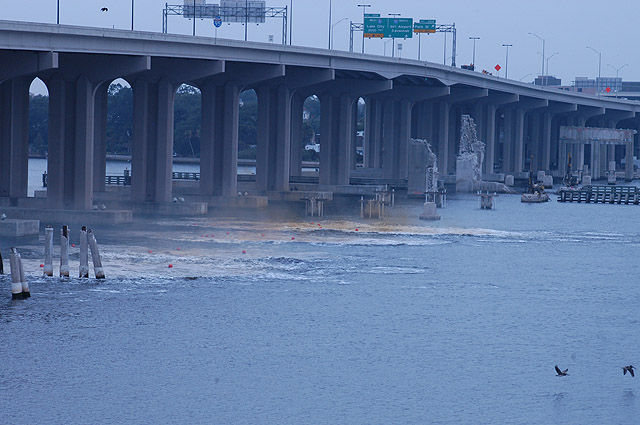 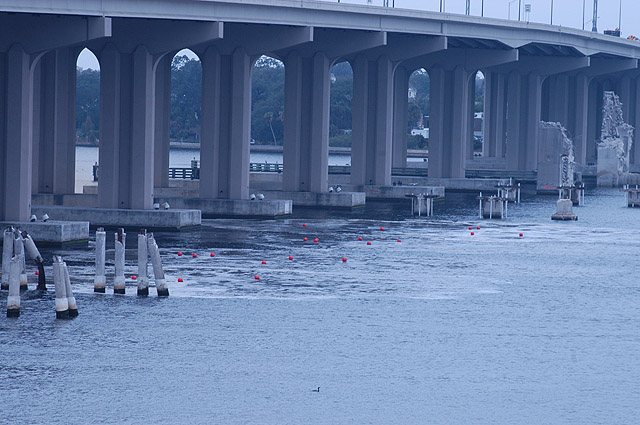 We also captured some video of the process. The raw, unedited, 50 meg file is here. If you go frame by frame in the video, you can see the flashes of the blasting caps on each set of pilings.

Over the next several months, there are supposed to be more dates for blasting the remaining groups of pilings. We’re hoping to be there for at least some of them.