What’s the next natural step after having a feeding tube removed?

Why, rustle up some dinner the next night. Comfort food: roasted chicken, mashed potatoes (with heavy cream and real butter), peas, and pan gravy from the drippings.

I always hear people say how difficult it is to make gravy. Never found it to be so, myself. 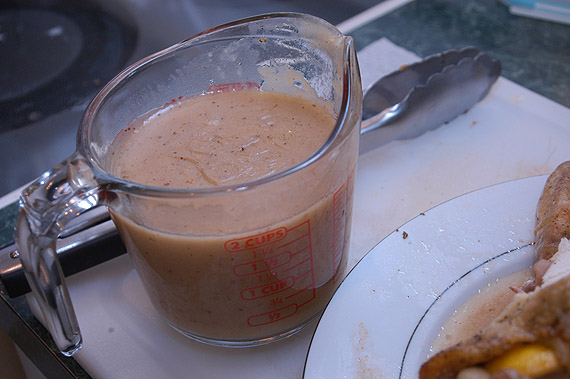 My sister, the vegetarian, had some of the potatoes – with A1 sauce dumped on them. To me, that sounds like a recipe for nastiness, but she’s also been known to eat A1 right out of a bowl, so there’s no figuring peoples’ tastes. The Boy had some of my homemade barbeque sauce on the chicken, thus negating the lemon-rosemary taste, I expect. Still, as long as they’re eating. Mom and I had the pure, unadulterated dinner plates. 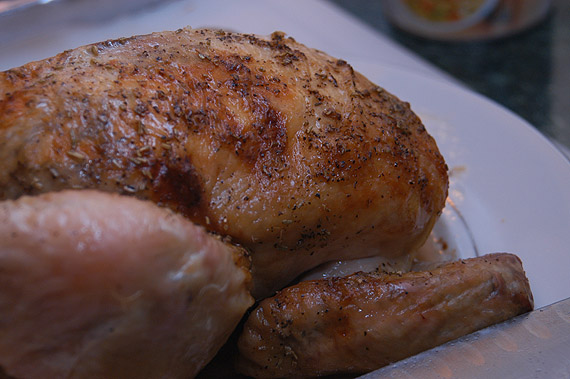 I’m hoping to be able to find some clams tomorrow, to make up another batch of chowder. Sunday? Rib day, again. Somewhere in there, I’ll be making some tortilla soup – my sister, ever the impulsive type, happened to see someone eating that on a show, and asked, “Where’s my tortilla soup?”

“Right up here,” I said, and pointed to my noggin. Her’s, of course, will be sans chicken, although I suppose some of her faux chicken could be tossed into it. There’s a riddle for us all: this is a girl who never liked foods being mixed together: no meat in her salads, for instance, no meat in her soups. But if it isn’t really meat, does that make the rules different? It’s a conundrum.