Since some people were out of town last week for my aunt’s birthday party, we had to have an encore of food. Ribs, to be specific about it all. The changes I’ve made to the brining time and the rub are working out quite well.

If my sister were eating meat again, this would have been her gnawing away on some ribs. As it is, she was tempted by the sweet smell of pork, but refrained from eating any. 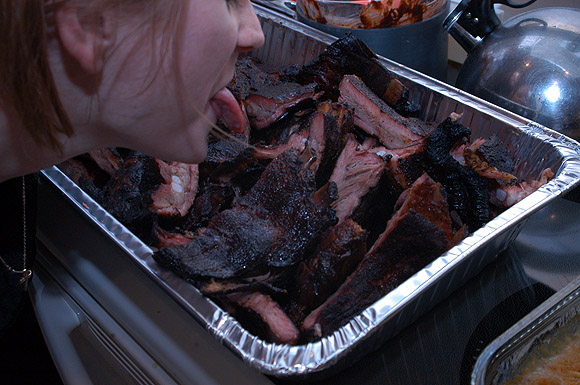 The rest of us, though, under no such constraints, dove in to this. 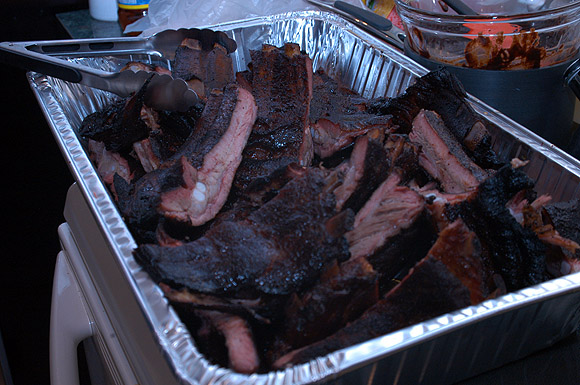 And some zucchini gratin, made with a combination of jarlsberg, pecorino romano, and manchego. 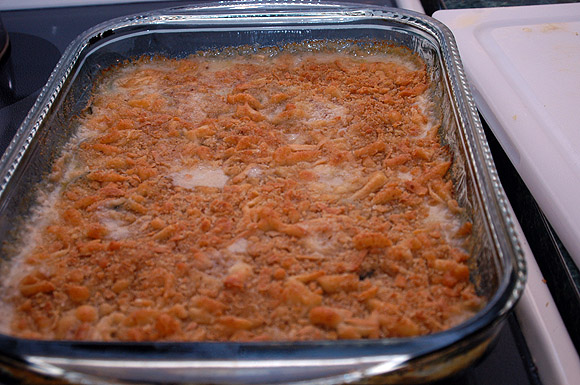 With beans and a salad, it was a full meal. We sent some of the ribs home with a couple of lucky diners, and the rest are being eaten here and there by us. They’re not going to last long at this rate.

With dinner out of the way, it was time for conversation and playtime. Newton finally scored the hamburger squeaky toy (which, alas, no longer squeaks, since Mickey has chewed it so much). 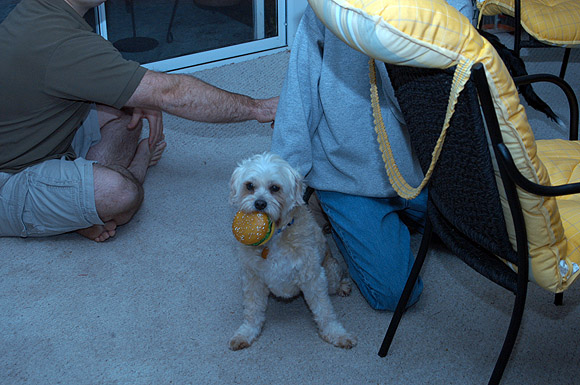 Tim, the ex-wrestler, took on Mickey. The poor pup was so tired by the time it was all over and everyone left that he could barely keep his eyes open. 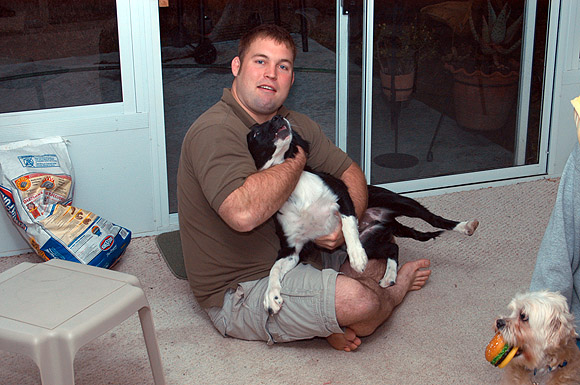 Another successful dinner with good company. Now if only the house stalking…I mean, house hunting was as fun and satisfying as this.

Wednesday is doughnut experiment day around here. I had a request from someone who shall remain unnamed for doughnuts, like Krispy Kreme makes: yeasty, glazed, warm circles of carby goodness. We’ll see how that turns out, since I’ve never made a doughnut in my life. And I suppose we’ll have to have dinner as well – I considered pasta, but then thought that might be a little too much carb-loading for one night. Only one more day to figure it out…

Sometimes, you just can’t help yourself. You might start off small, never intending for things to escalate. and then, before you know it, you have a full-on episode. 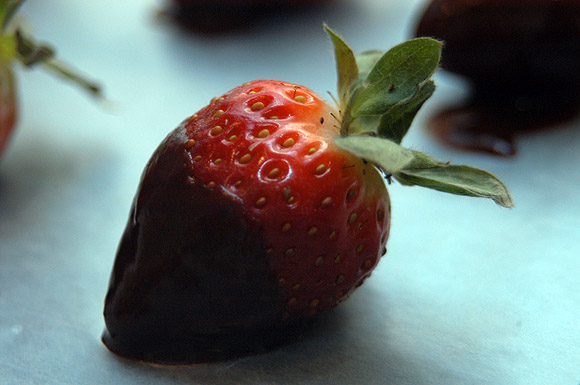 Simple enough. A test of chocolate dipping in a semisweet ganache. Nothing more. But then, quite suddenly, there are more. 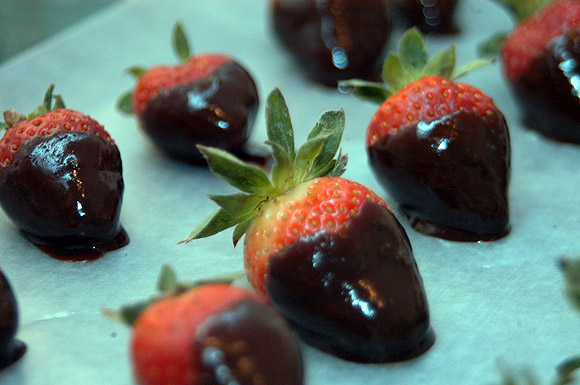 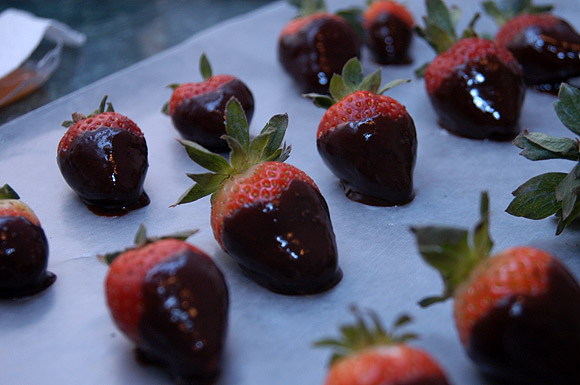 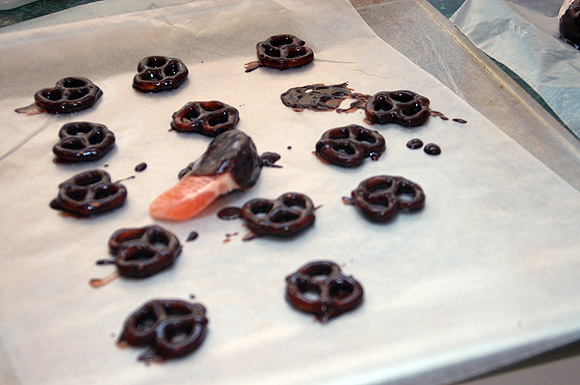 It’s all fun and games until the chocolate takes over the world, isn’t it?