There was no conscious thought about the Chinese New Year when I was planning last night’s dinner, so although it may seem like I’m completely on the ball and up with other cultures, really it was just a happy coincidence that we had pork on the menu. I have lamented the breeding of leaner and leaner pigs, which results in pork of little to no taste. Soon, it will taste just like (white meat) chicken. But there are still ways around that.

We had a couple of handsome, furry guys hanging around with us. 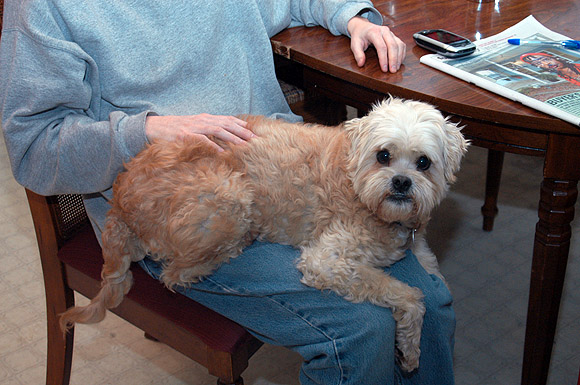 Their motives, though, revolved only around the possibility of getting a handout. 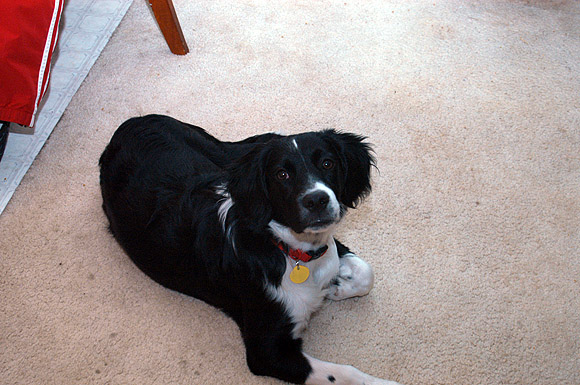 Pork medallions with honey and ginger. 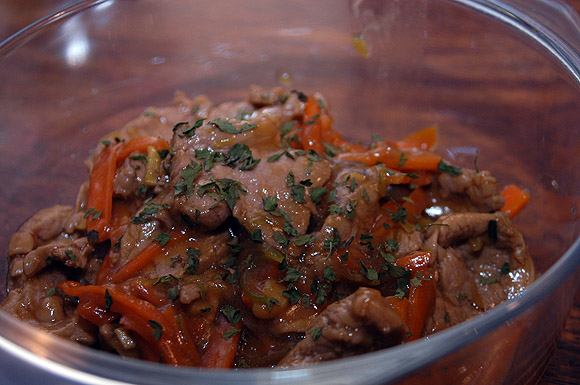 I sliced a pork tenderloin into medallions about a quarter inch thick, then tossed them into a marinade with soy, mirin, honey, sesame oil, some fresh minced ginger, and a sprinkling of red pepper flakes. After about an hour, I stir fried them with some thinly sliced leeks and carrots, and we had some steamed broccoli and two kinds of rice to go along with it. No doughnuts this time, I’m afraid. 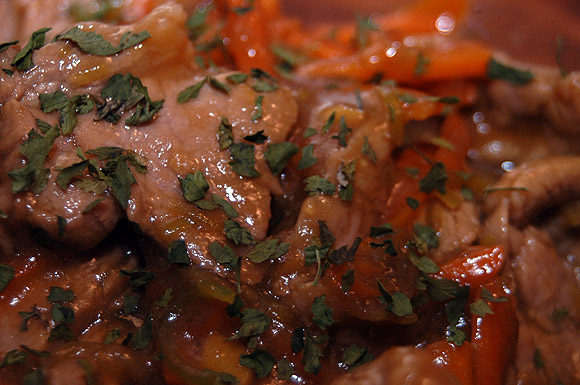 Wednesday night will be tempura night. Who knew the people around here would be such fans?