Updates have been light around here lately. There’s a reason for that.

What have we been up to?

Experimenting with more no-knead bread. This one is half white, half-wheat. Very tasty. 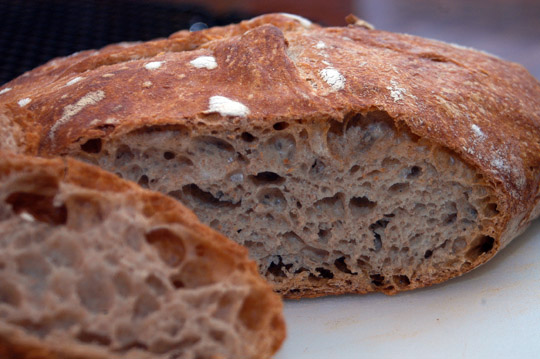 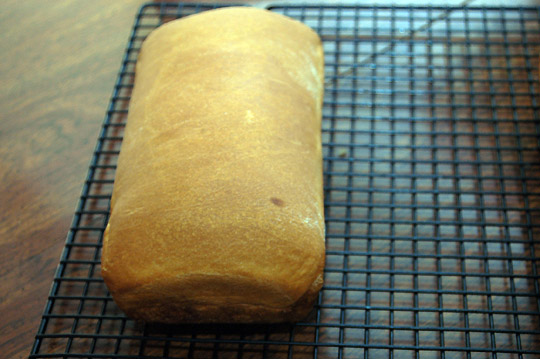 Whipping up some balsamic chicken with a creamy herb sauce and having some corn from last year’s farmer’s market haul. 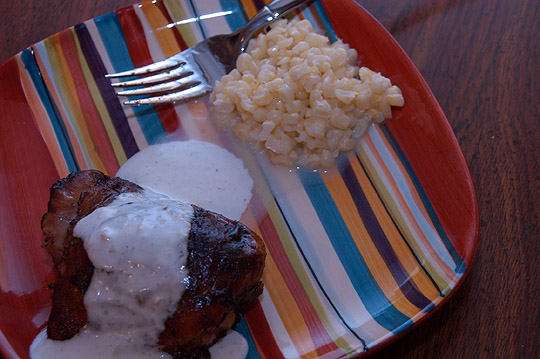 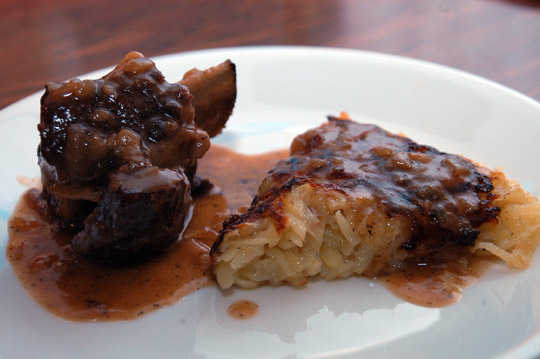 Oh, and looking at houses.

When we realized last year that we would not be buying the house we currently occupy, we began our quest for new digs.

We’ve looked at 100 or so houses and properties online. Probably drove by or walked through two dozen. Made an offer on two, only to have the sellers not understand that we were not going to pay an extra 20K or so over what the actual appraisal was and that it is not a seller’s market right now. Found a great piece of land, but with a nutso realtor on the other side.

And so last Thursday, we made the rounds again. Another five houses to add to our viewed list. One we crossed off immediately: too small. Another we crossed off because of the huge pond taking up almost the entire back part of the property. The third had possibilities, but no pool and a tiny kitchen: scratch that one. The fourth, quite nice: large screened in pool area, a huge florida room with windows, about two acres. The last one, though…the last one was the one we wanted. And we made an offer. The seller – who apparently has missed the memo that it isn’t exactly a seller’s market – came back with a counter. We met up in the middle, and everything looked good. Until the owner, having set a deadline of 4 PM Monday, wasn’t available to answer some questions or engage in some negotiation about a couple of items.

So, that deal is off. I’d like to tell him that intentionally making it difficult for people to buy what you’re selling results in no sales. Doesn’t matter if it’s real estate, web hosting, or groceries: if you’re an asshole, you’re not going to be selling much of anything.

Back to the drawing board. We found another property right off the bat (of course, since there are tons of things for sale). No pool, but a nice, dry, square lot, not in a flood zone, in an area where there is unlikely to be further development, just under three acres, where we could put in our own (enclosed) pool, build a sunroom on the back if we wanted, have a great sized garden, and have enough room for the dogs to roam.

Maybe the fourth time will be the charm.

2 thoughts on “Buying the farm”