So, say my handful of readers, faithful although I am not: where’s the food, already?

With a test run of a roasted butternut squash dip already deemed suitable for the feast that is to come, I had picked up another squash and was deciding what to do with it. Given the horrible tooth pain I’d been experiencing – I thought that it would simply be an issue of digging out the existing filling and replacing it, as it had been on the lower left (and how wrong I was about that) – and given that it’s finally feeling like fall around here, another soup.

There was no real recipe for this. I took stock of what was in the kitchen, what needed to be used in addition to the squash, which was sitting forlornly on the countertop, and started throwing things together.

But first, the onion harvest. 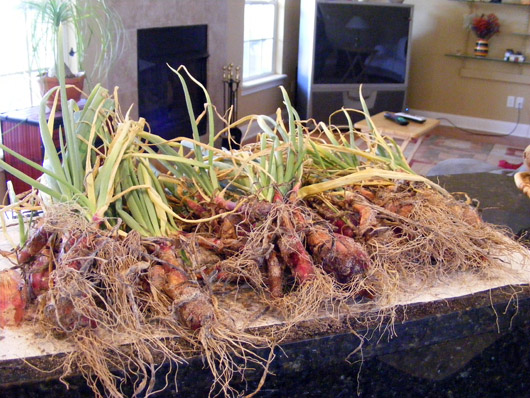 This is a mixture of mini reds and mini sweets that I finally pulled out of the ground completely. The onions, much to my surprise, managed to grow respectably in the poor soil conditions. And there’s nothing better than a fresh onion you’ve yanked out of the ground yourself after planting and coddling it. Especially when you combine it with a little carrot. 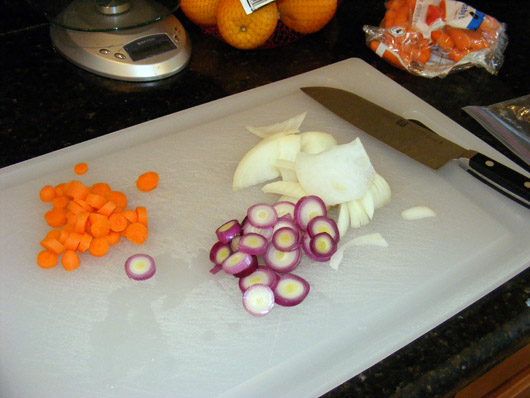 Add an apple, that squash, some garlic… 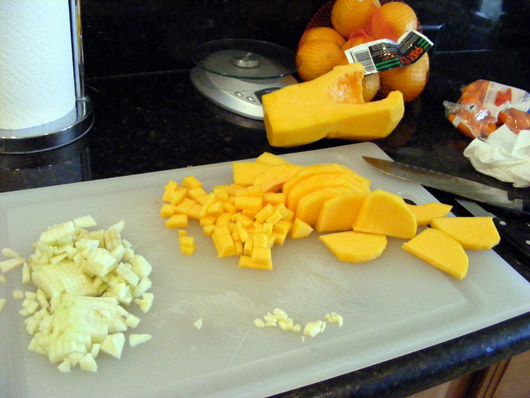 Everything in the pot before the broth and seasonings are added. 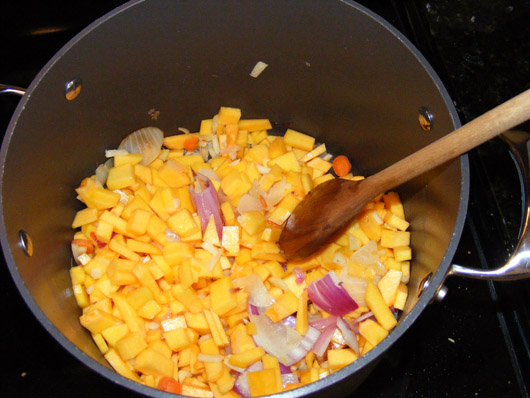 Simmer for a bit, then use that handy immersion blender and add a touch of cream. 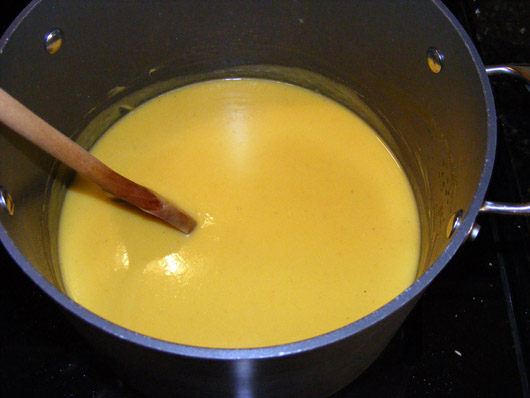 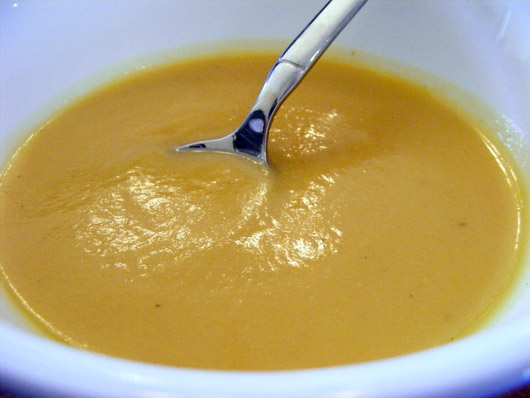 I had some of this for lunch after my two hour visit with the dentist, when the novocaine was wearing off and the pain meds had to be taken. They were kind enough to work me in today and do a root canal – something I was not expecting but which both my mom and one of my employees tells me they knew would be happening. And neither of them bothered to share that guess with me.