For months now, we’ve been talking about heading south a bit to a real, live farm where they raise real, live grassfed beef, organically. There always seemed to be something interfering, but last week, after dithering on it, we finally said enough: we’re going, on Thursday, to Citra, which is about an hour south of here in the midst of horse and farm country. Which means that it’s really in the midst of a whole lot of nothing. 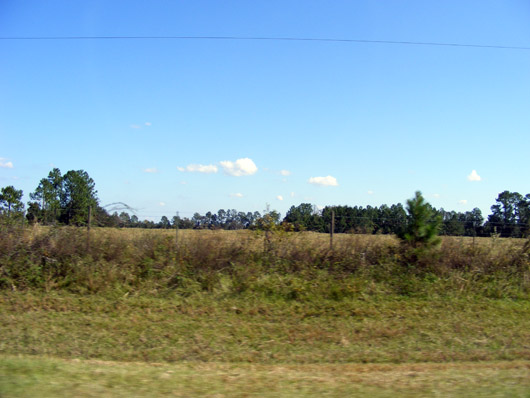 After driving through various small towns… 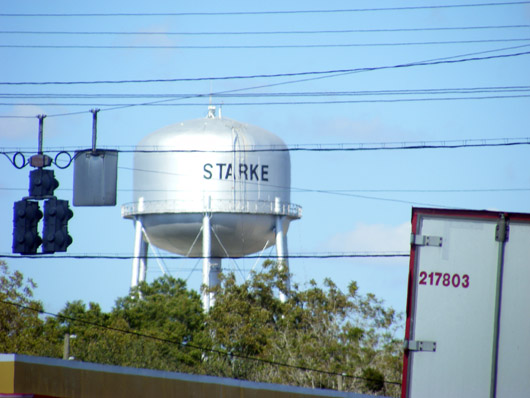 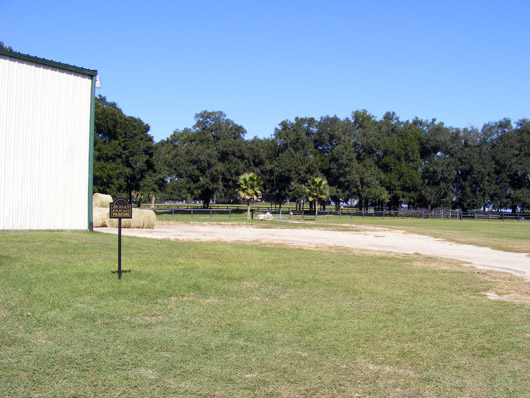 Off to the right is the start of the actual farm, which is also where they live, so no pictures of that. I can say that it was a perfect, crisp day, the fields were green, and there were cows moooving around on the fields.

There was also hay for sale, and we picked up a couple of bales to put around the plants that are sitting in the raised beds here (more about that later). 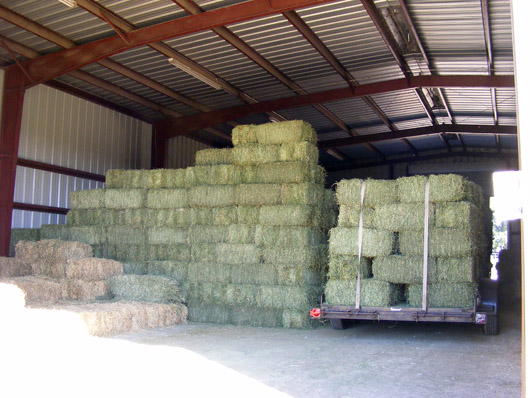 The office is guarded by a rather amusing cowboy and his chicken. 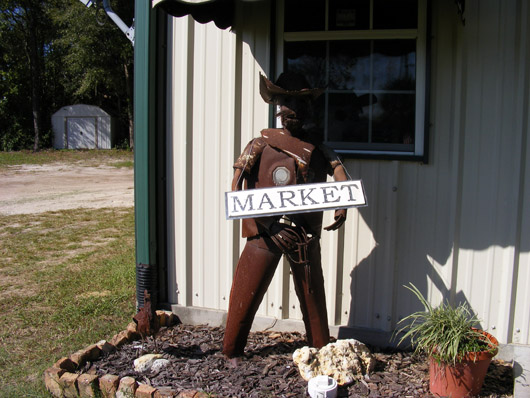 Inside a small office, the only case without a lock on it was the refrigeration case: cage free organic eggs, and organic butter, both of which we picked up in addition to everything else. 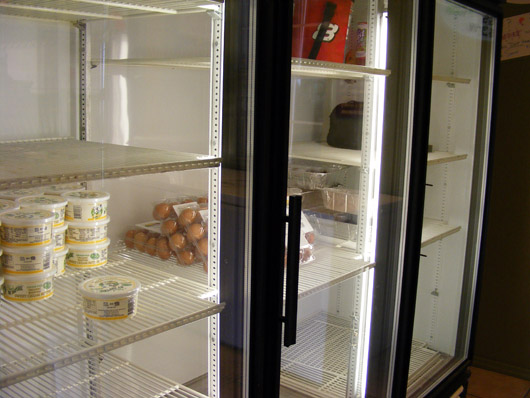 What everything else? Ah, you’ll have to wait. After packing everything into the coolers we’d brought, and having one of the guys load the hay, we set off back toward the homestead. We tried to stop in Cross Creek at a restaurant called the Yearling Restaurant – based as it is in the hometown of a rather famous author – to have some cracker food, but were a tad early, as they don’t open for business until dinner on Thursdays. It’s on the list for a return visit.

Instead, we stopped by a place called Cracker Boys, which apparently has not yet been sued by a rather large chain of restaurants.

The boy was hungry. 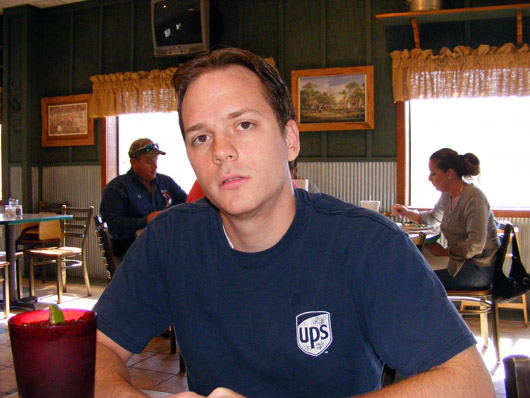 So were we, and we opted for the buffet while the kid had a burger. 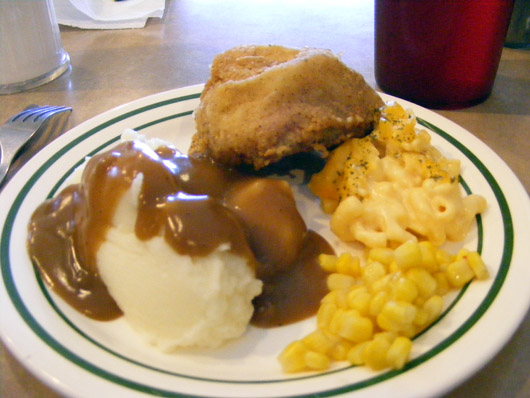 It was passable. The only gripe I have about buffet-style food (and quite a lot of other restaurant food that isn’t a buffet) is that it’s so very bland.

We hit the road for home, catching up with and passing a train on the way. I love trains. 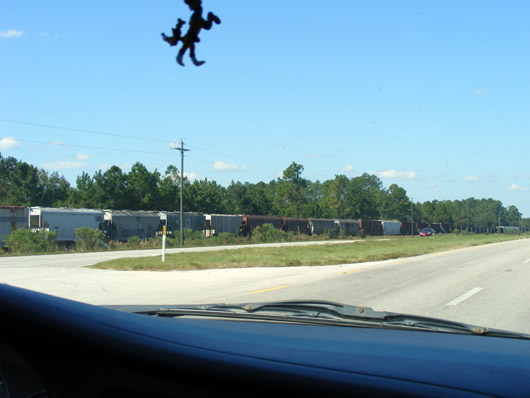 We also stopped by Norman’s on the way back to pick up some fresh veggies. 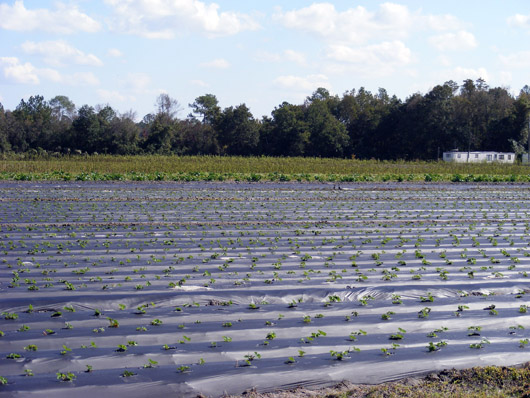 We needed those things to stock the fridge but also to go with the dinner we’d decided on, which was selected from the assortment we’d picked up at Rosas – this assortment, to be exact. 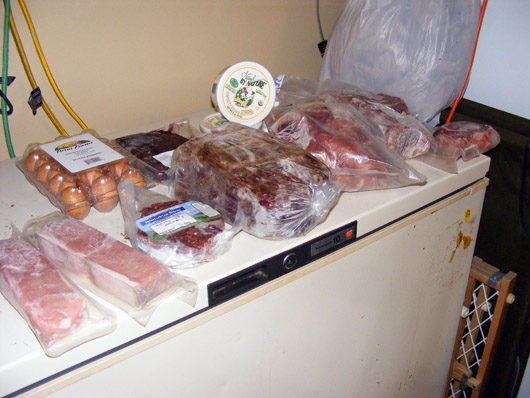 The winner: rib eyes, grilled outside. We also decided to stoke up the firepit. 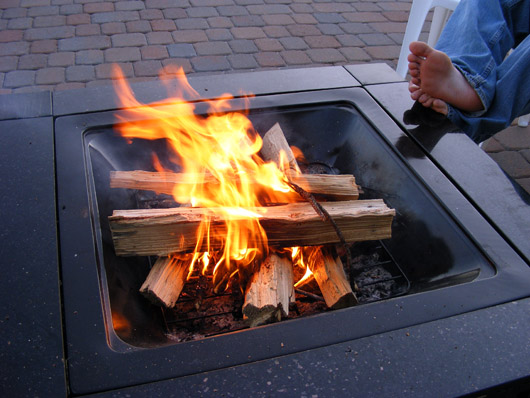 Gabrielle joined us as well. 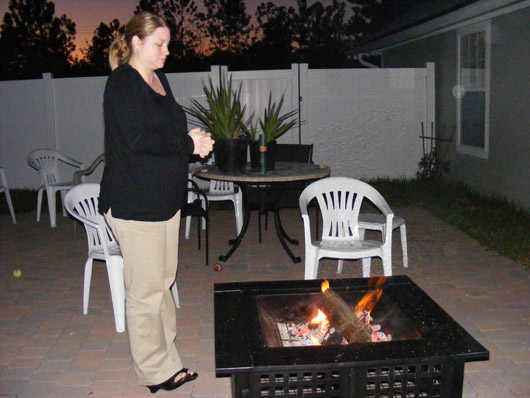 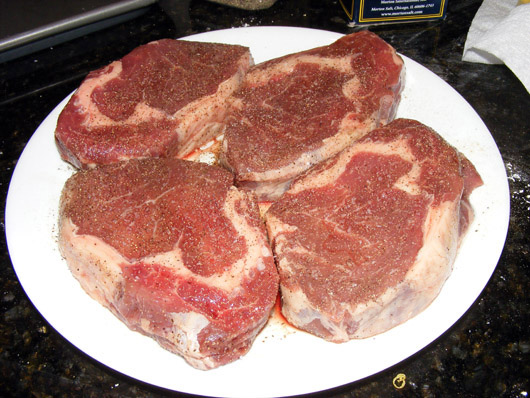 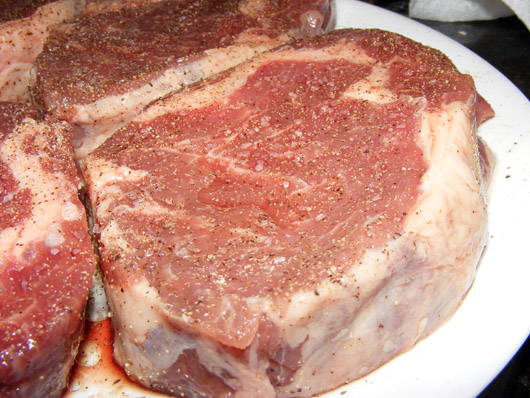 How about a little fire, scarecrow? 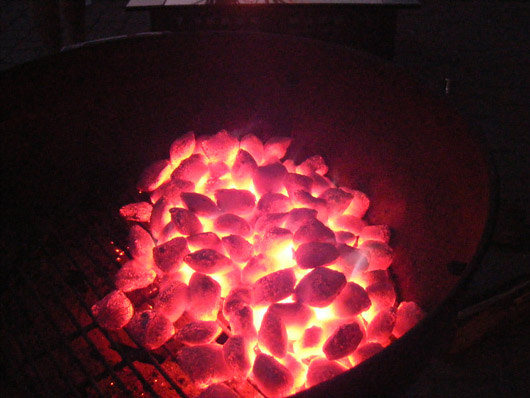 Or, how about some veggies and steak? 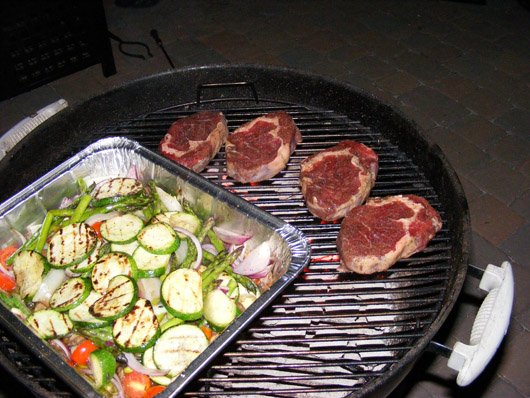 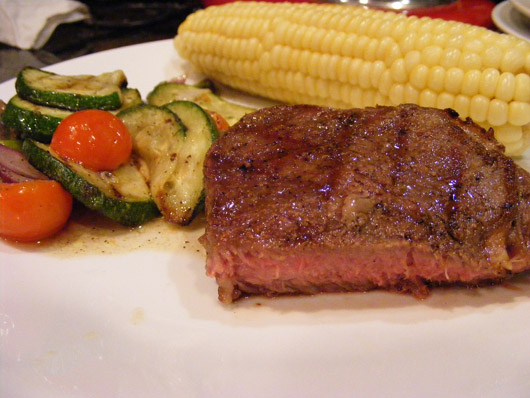