There is something about baking that is tremendously satisfying. I’m not talking necessarily about the eating of whatever has been made – since that whole cancer thing, I can’t eat half of what I make for everyone else anyway – but rather taking disparate ingredients and turning them into something greater than the sum of their parts. When you cook, say, a chicken, in the end it’s still a chicken. Delicious though it may be, or prettied up for those people who complain that chicken tastes like chicken, it’s still fairly recognizable as it once was even though it is what it is now.

But baking, oh baking: a pile of flour, some ripe bananas, chopped nuts, and a few other things (including, I might add, that homemade vanilla extract that is ready after some months) turn into something else entirely. Like this. 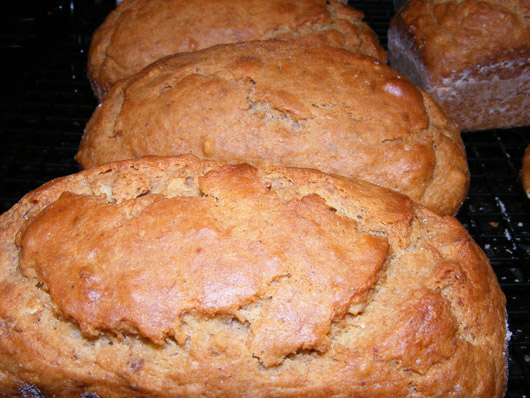 I figured we would freeze some of the mini loaves, so made a double batch. 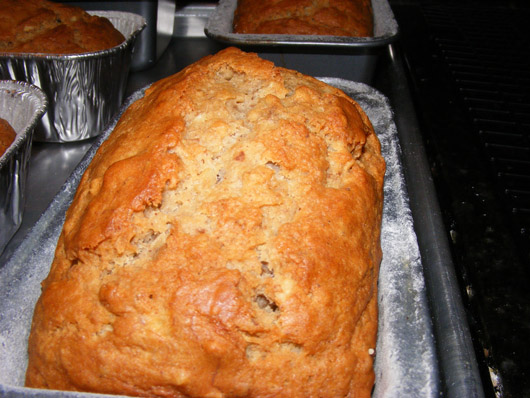 Six loaves later, there was still batter left. Muffins it was. Big ones, as there was slightly too much batter for the six-cup pan. 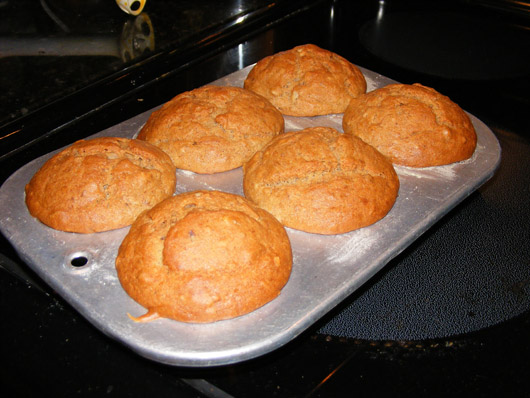 What does it look like, with a dab of organic butter? This. 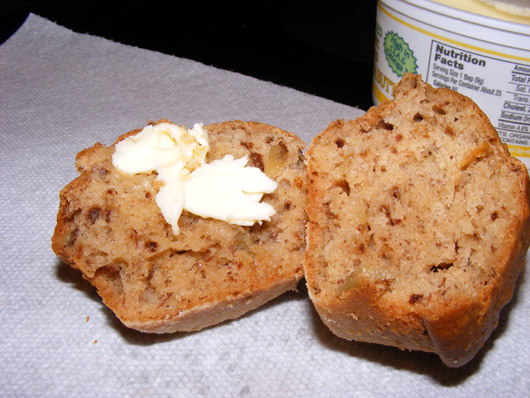 Mom also got in the kitchen and made some peanut butter cookies. Another wonderful combination of ingredients. The only regret I have is that it’s yet another instance of something quite difficult for me to eat. 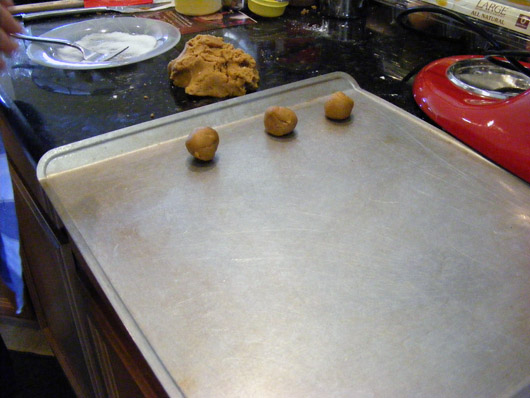 I managed one, though. 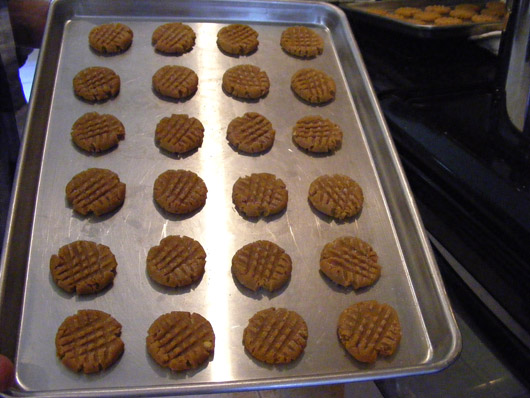 In the past, I’d have eaten a handful. Now I leave that to others. 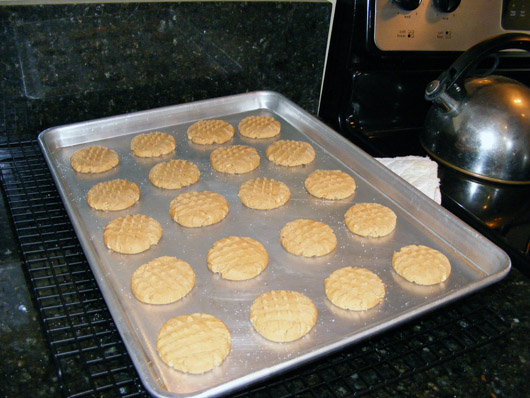