I really had planned to do a number of things well before Thanksgiving actually arrived. Alas, between other things in life intruding, the only thing I managed to do in advance were to make a huge batch of cranberry compote and talk my mom and brother into making some batches of stuffing.

So the day before found us not only going to the store, but starting on some of the other things that needed to be done/could be done before the big day.

The Boy and I had driven down to Citra to pick up a pastured turkey – organic, and, according to the wrap, “grown as nature intended”. The bird was still huge. 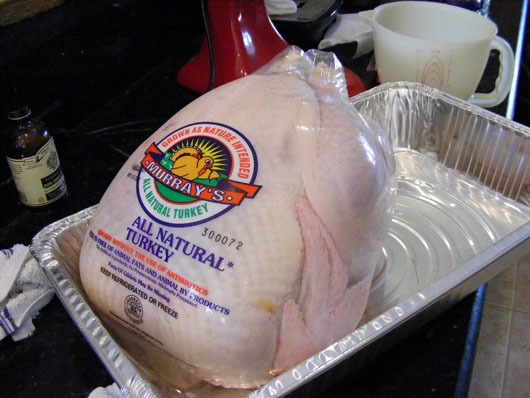 At 20.2 pounds, this bird would be more than sufficient (when combined with everything else) to feed everyone. He (she?) went into the brine first thing in the morning so he would be ready for roasting on Thanksgiving day. 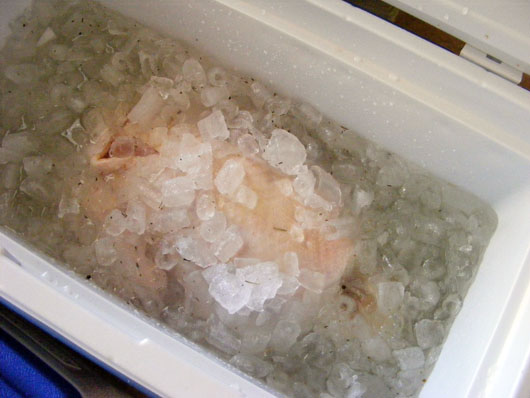 We had also picked up a breast-only, about six pounds, for the smoker. Since it was frozen, I also tossed it into a brine after dealing with the big guy. Normally, for such a portion, overnight brining would result in Bad Things, but given the block of ice it was, it did not harm to give him about 24 hours, too, as it allowed him to get his freeze off in a good, non-bacterial-inducing environment.

After dealing with the birds, it was time to move on to a couple of other things. This is why counter space is so very important. 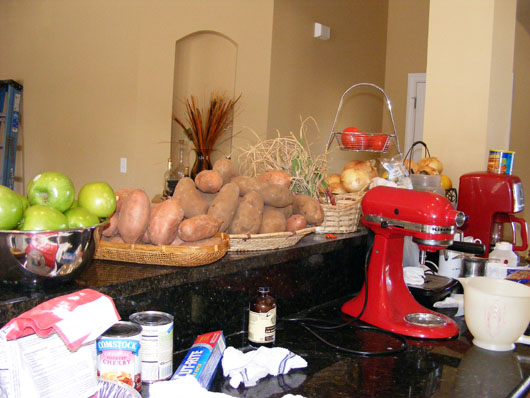 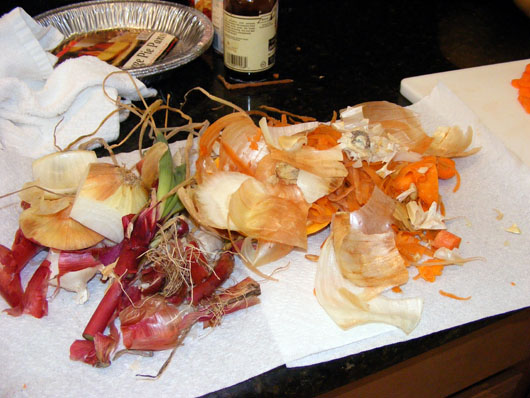 Kidding, sort of: that was part of the remains of what became actual food.

We put this together. 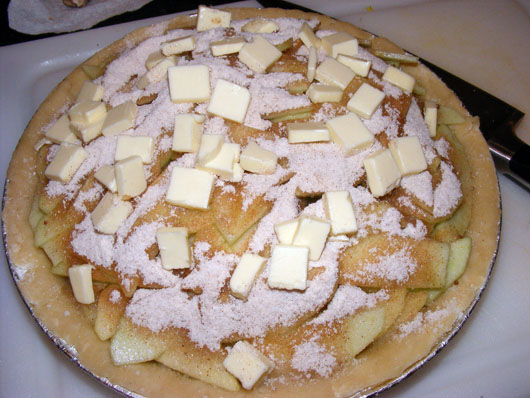 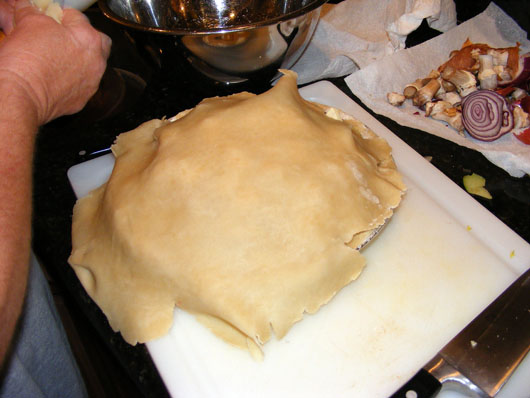 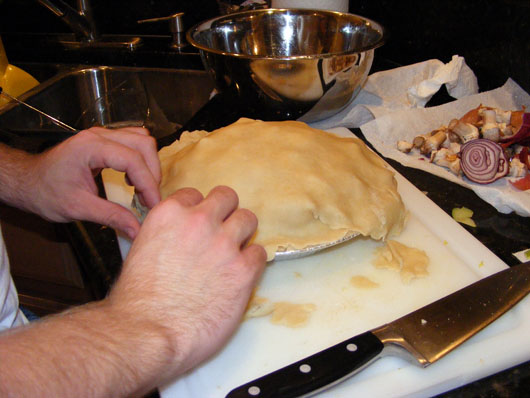 In the background above, you can see more compost material, courtesy of the remainder of what was used to make tarragon pickled mushrooms.

Vented it, courtesy of The Boy. 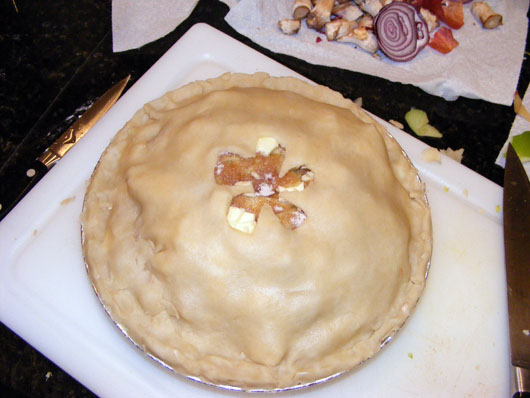 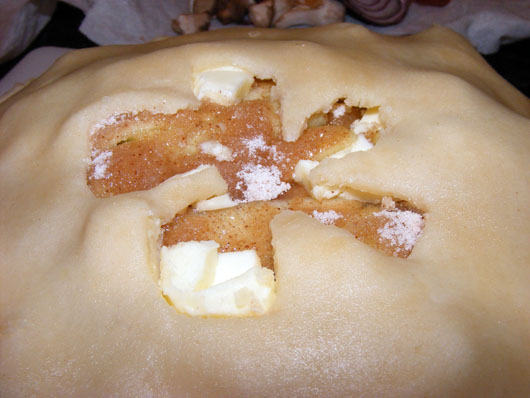 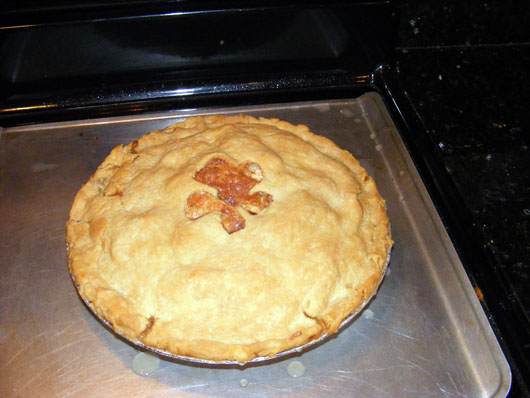 Oh, and did I mention that mom and The Boy were making a cherry pie while I was slicing up the apples and getting that mixed? No? 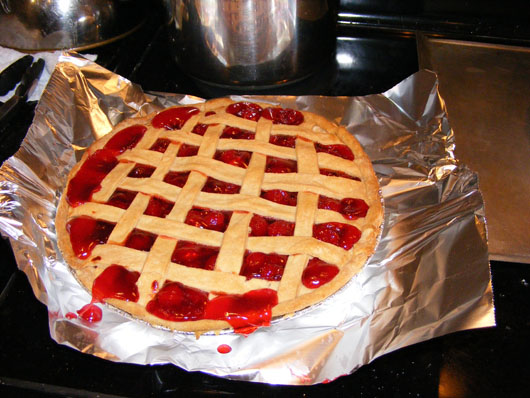