It is a tradition here in the South to eat black eyed peas and greens on News Year’s Day, as a way of ensuring good luck and prosperity for the coming year. We hedge our bets and eat black eyed peas, rice (with some onion – also known as Hoppin’ John) and cornbread on the side on New Year’s Eve, with leftovers on the day itself, usually while watching one or more bowl games.

Cornbread – good cornbread – can’t be beat as a side. The best cornbread is made in a well seasoned cast iron skillet. Swirl some oil in the bottom of the skillet and toss it into the preheated oven for about five minutes or so. Remove it, pour off any excess oil, and in goes your batter. The trick is not to have too much oil in the skillet, or have the skillet be much too hot. This will lead to either a skin of oil on what will be the top of the cornbread (and a mushy top) or to burned cornbread. Neither of those is appetizing. Twenty minutes or so later, we have this. 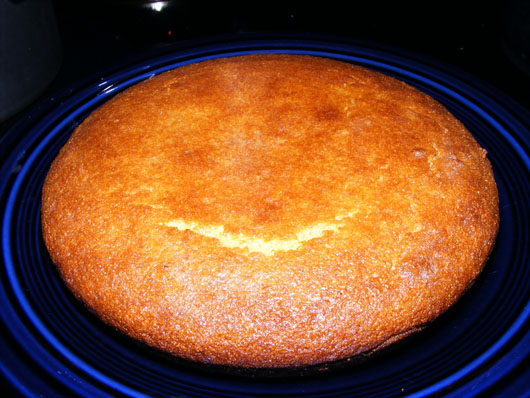 When it comes out, we like to slather it with butter, top and bottom, before cutting into it. 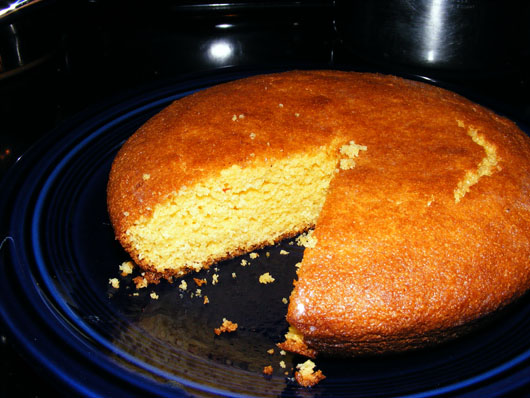 And yet more butter on the slice you’ve taken. 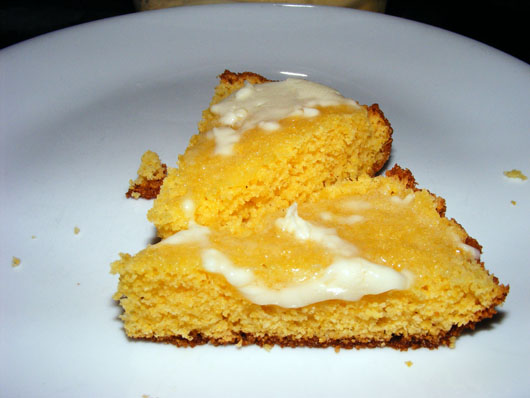 And then: the rest. 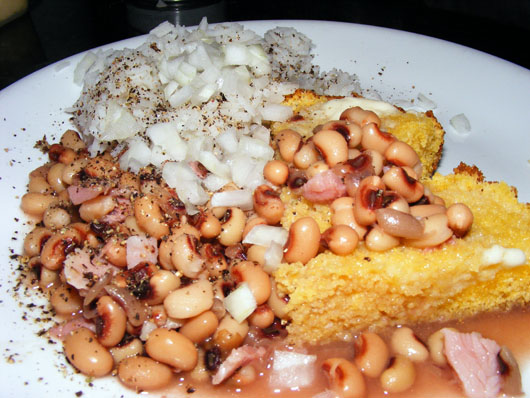 My mom takes this a step further: she mixes up everything, chunks the cornbread into pieces on top of it, then eats it in one glorious mess o’ good luck.

For football fans, this time of year is the best: both college and pros come to the end of the season, which means multiple games throughout the week, and the very end of the year brings the bowl games, with multiple games on the same day, starting early and ending late.

One of the other things all this activity brings is even more strange and bad things from the mouths of the announcers.

Tonight I heard Sterling Sharpe say “I don’t got none o’ that.” while referring to an Oklahoma State fan decked out in his Cowboy duds, complete with large belt buckle. This is as bad as anything Emmit Smith managed to stumble through in what I hope will be his one and only season on ESPN.

To be more accurate, that should be three nights of freeze, but it comes down to the same thing: we will be dipping down into hard freeze temperatures for more than a few hours come the first few nights of the new year. 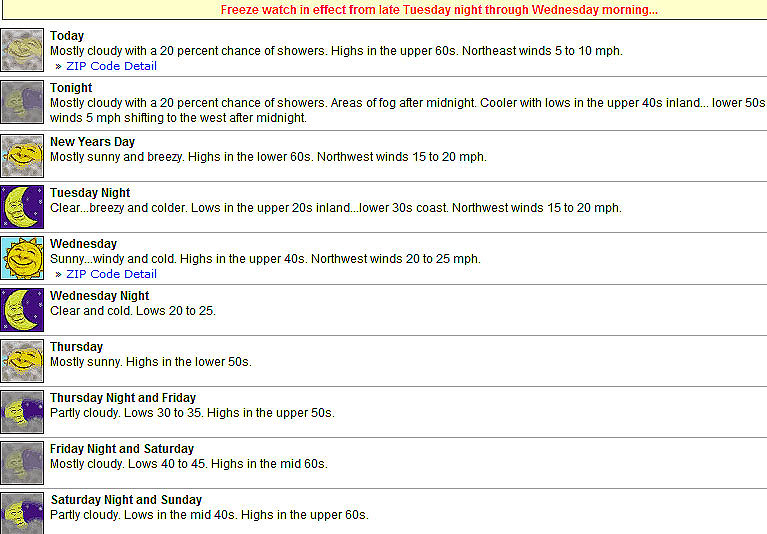 Altogether, that isn’t terrible, and certainly nothing compared to the tales that could be told by people in other parts of the country or world. But I don’t live there, I live here, and after almost a week of temps in the 70s (over 80 one day), the crazy nature of Florida weather once again rears its head for a reminder that there are actual seasons, even if we don’t see them all that much.

It’s that crazy nature that has the milder temp things popping up all over the place in my frames. Last year’s garlic was wiped out by the nonstop rains of a tropical storm, but this year’s garlic is motoring along with nothing more than an initial watering after planting and the occasional rain we’ve had – including the strong line of storms that moved through late last night as a precursor to the coming cold snap. 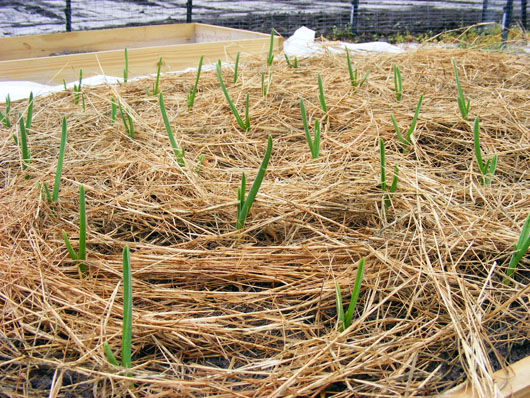 The strawberries are a bit off their schedule, too, with multiple plants flowering and putting out berries. They are everbearing plants, but this isn’t exactly the sort of thing we’d expected from them. And yesterday, we pulled the first pod from the snow pea trellis. 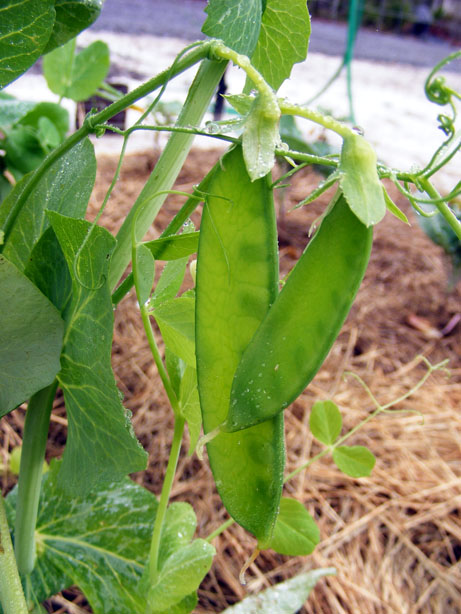 Mom judged the first one quite sweet, but alas, it didn’t taste like much of anything to me other than green. The smell, though, was fabulous: there is nothing quite like the fresh, earthy smell of something you’ve just pulled from the vine.

Tomorrow will be a test for me, to determine how best to cover the entire fenced area for the overnight hours. Some of the plants would survive a nuclear attack – thyme, I’m talking to you – but overall, I’d like to give all of the plants every opportunity to make it through the cold stretch and back into the more normal mild weather we usually enjoy down here.