I had big, big plans for the two acorn squash I had picked up at the store: Baked, stuffed with a wild rice mix, and served as a side to a couple of seared balsamic-glazed, bone-in pork chops.

Sometimes things just don’t work out that way. The menu I’m saving for another day. The squash, though, had to be dealt with before they melted into goo on the countertop. That would have taken awhile, but better to address that sooner (when the squash would still be tasty) rather than later (when there would be a rather icky cleanup duty involved).

First things first: gather the ingredients. I decided a honey-soy glaze would work. 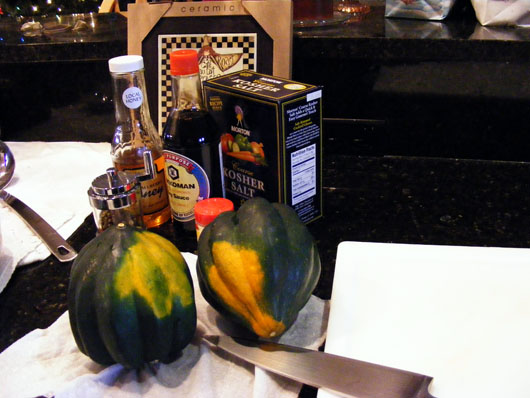 Cut into rings and remove the seeds. Since we are the composting types, the innards were saved for that. 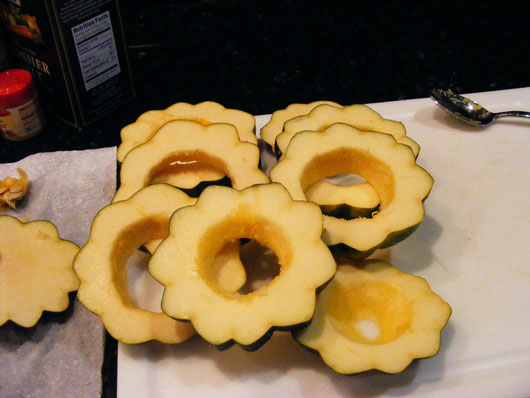 Off they go to a baking sheet, awaiting their fate. Since they look like gears, it was amusing to play with the rings on the sheet, interlocking them. 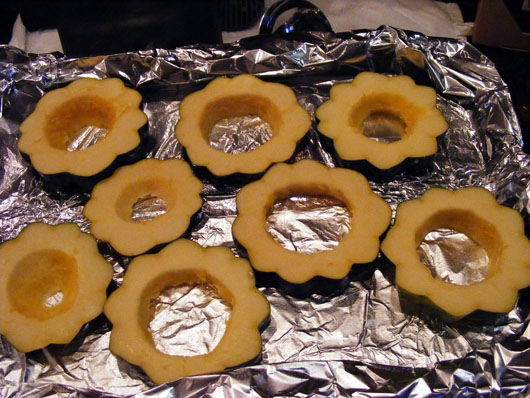 Sprinkle with salt and pepper. 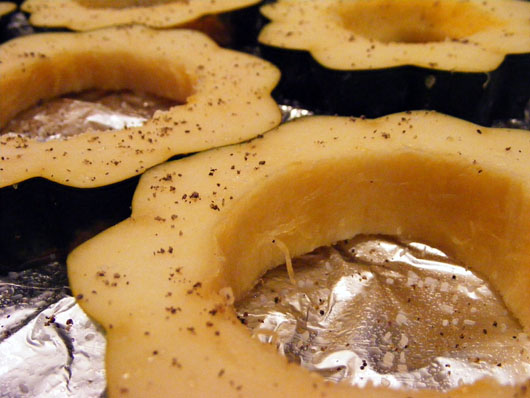 Into the oven they go. Every so often, I brushed them with a mixture of honey, soy, ginger, salt, pepper, and lime juice. I also stepped outside to watch the approach of the first cold front that was to bring the deeper cold front a day or so later. 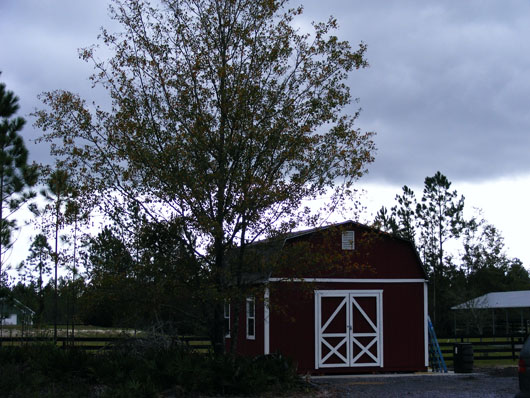 What a good dog, staying in the doorway as he was told! He’s a handsome devil, too. 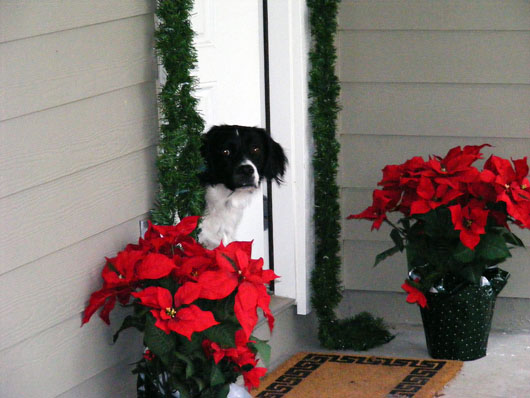 The squash is tender and ready for anyone who wants it. I did. Delicious. 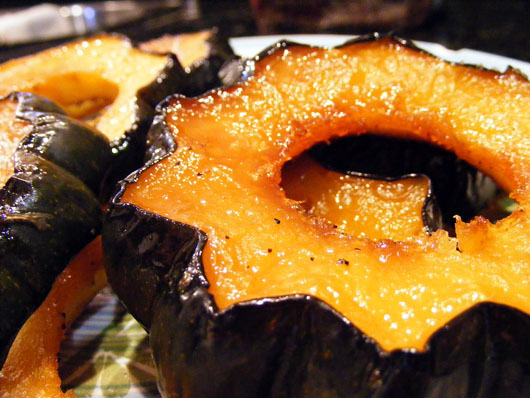