About a week after tucking my mushroom box away in the bottom of my closet, the little buggers starting coming up. Then they started growing so quickly it was a bit disturbing. 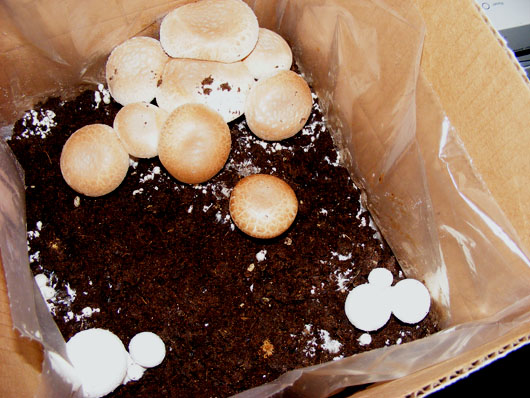 I had to try one. 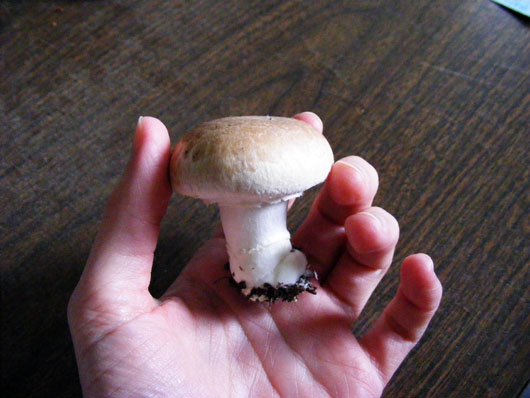 It was quite mushroom-y, and not at all like the cartons from the store. 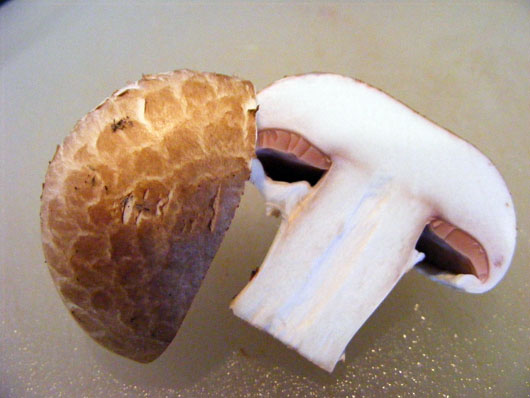 The next day – and you can see the spot where the snack vanished – they’d doubled in size again. 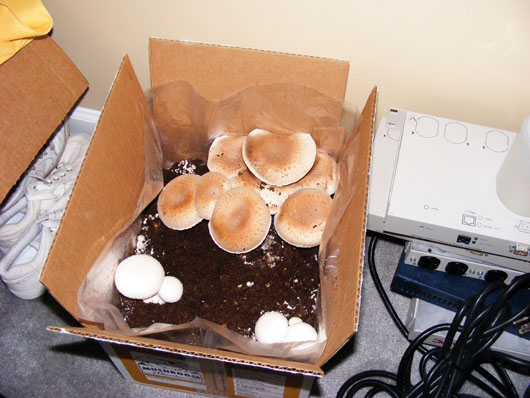 I read in the little guide that mushrooms, when they are young, will often double their size daily. I think we can safely say this is true.

A little frightened that they would start to crawl out of the box and kill me while I slept, I decided to take the first harvest. 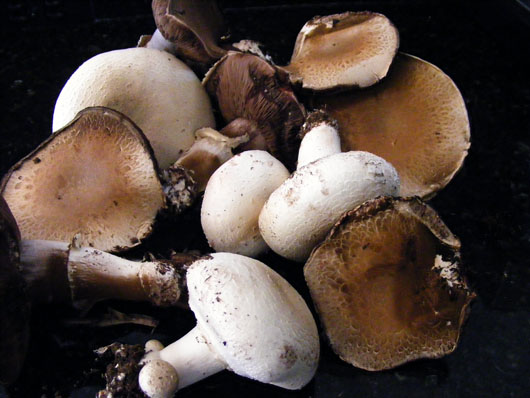 They’re very pretty, and spectacularly easy to grow. Like goldfish, without having to change the water.

Did I mention they were quite large? The one in the middle is one from a carton we picked up at the store the other day, before I went on a rampage through my personal mushroom bed. 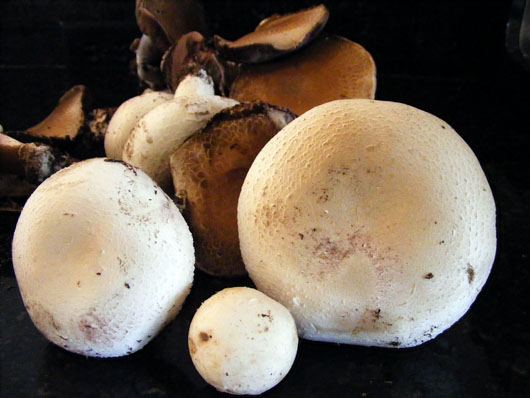 Ah, and the taste: magnificent. Sauteed in some olive oil, with salt, pepper, and some sliced onions, served alongside some organic, grass-fed burgers.