Today has been all about food. Well, that and getting the dogs shaved and bathed. That, and getting the Princess wiped down and brushed. And watching football. But it has been a day full of cooking for me, although I was a bit behind schedule due to the dog-bathing part.

We begin our tour with a hunka hunka nice looking buffalo. 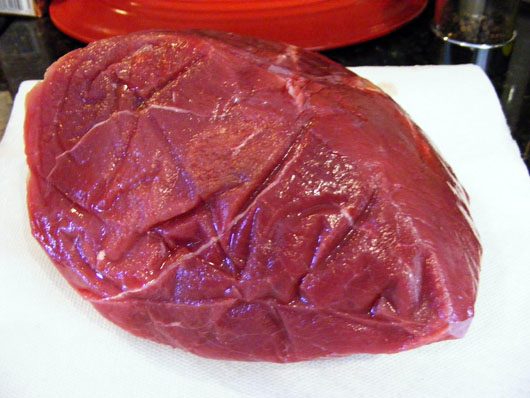 Salt, pepper, garlic, and in it went to a pan to sear. After nicely browning on all sides, it went into the oven in a bath of beef broth with some onion and garlic as companions.

After that, it was time to start the soup. I had roasted a couple of butternut squash, and started some onion, garlic, and carrot in a pot. Some chicken broth, a couple of diced potatoes, the innards of the squash, and some spices, and it turned into something like this. 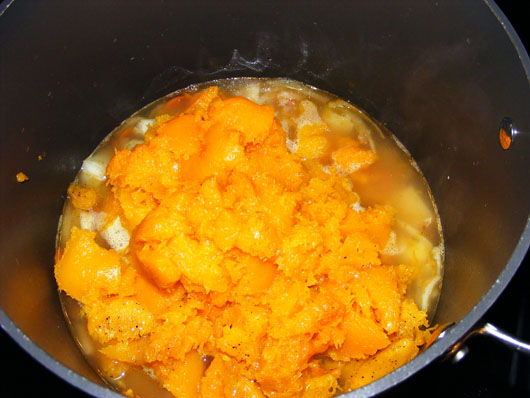 All of that was stirred together and then allowed to simmer while I began the next item on my culinary agenda: guacamole. Here, our model Aubrey demonstrates the functionality of that fabulous green appetizer. 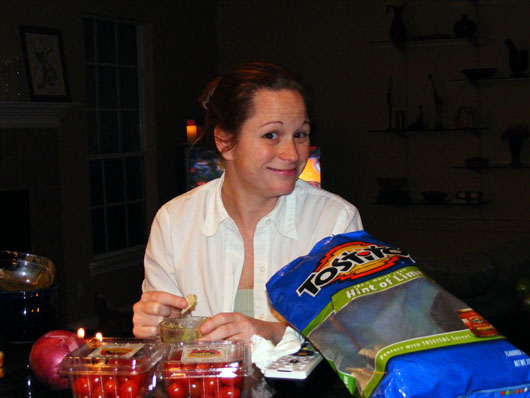 Meanwhile, those of us still suffering from a root canal went on to the creation of another yummy item. 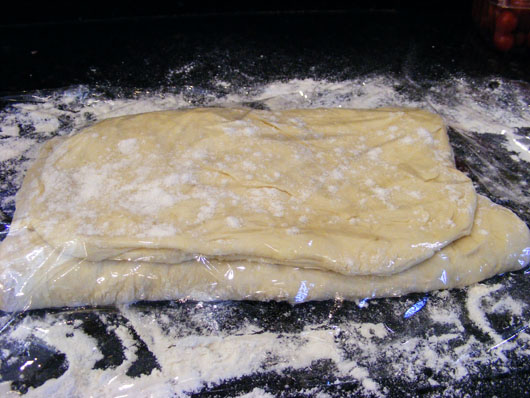 The soup was coming along nicely, and was almost ready for the immersion blender. 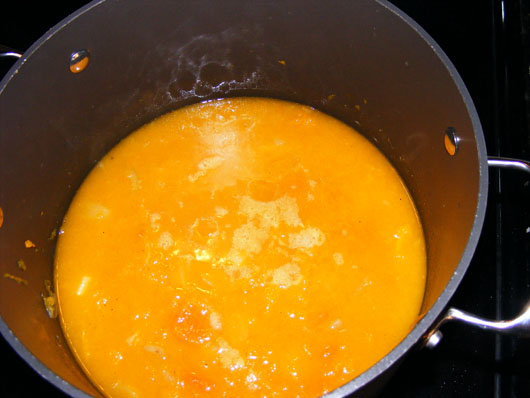 Two other parties chimed in with their own orders. 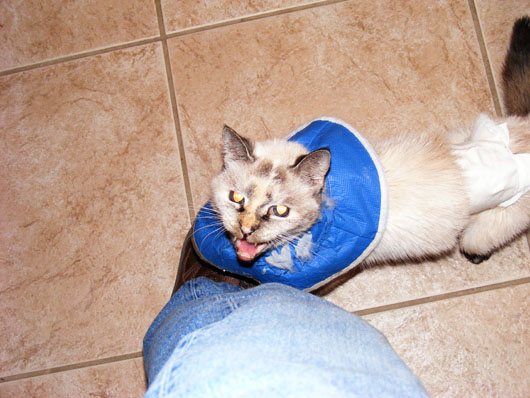 Often, they don’t know exactly what they want, but they know you might have it. 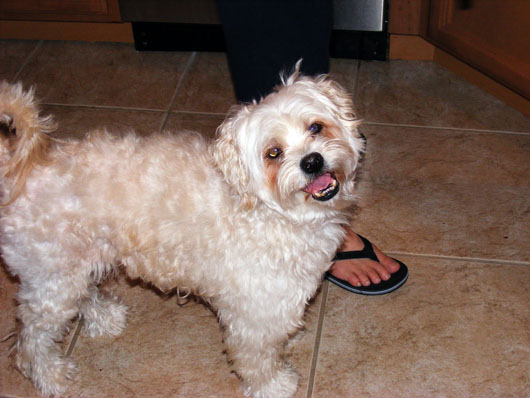 The soup was ready, so I blended it and Mom kindly jarred it for me. 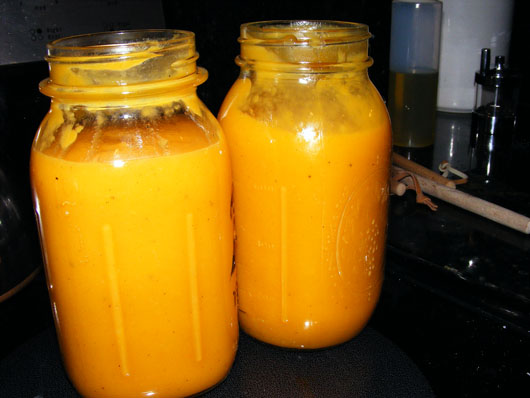 I asked that she do that because I was moving along on the bread front. 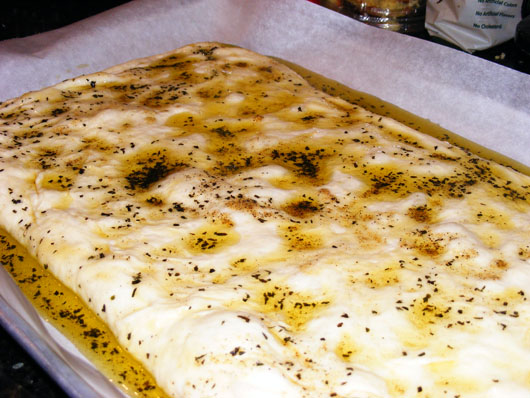 I also threw together some tarragon-pickled mushrooms and onions for Aubrey, who was starving because she insists on doing this “total carb” thing instead of net carbs since she wants to drop some weight, but hey, who am I to say anything about peoples’ strange ideas? I moved along to the roast, pulling it out of the bath it had been in for about three hours. 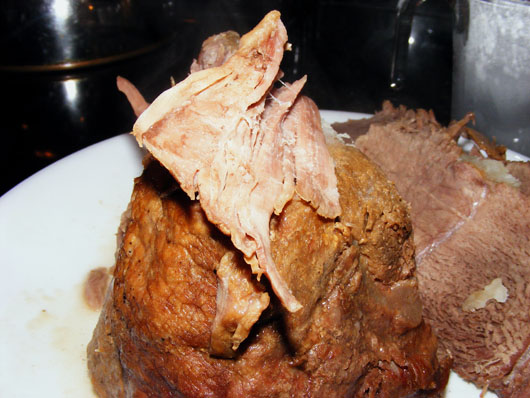 The braising liquid, to which carrots, onions, and potatoes had been added, was thickened a bit to give us a hearty backdrop for the roast. 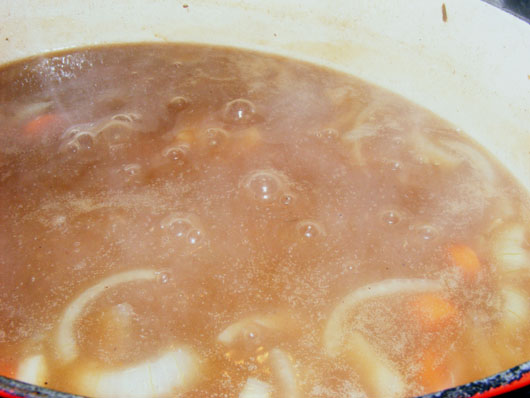 We also had some roasted zucchini with parm-reg. 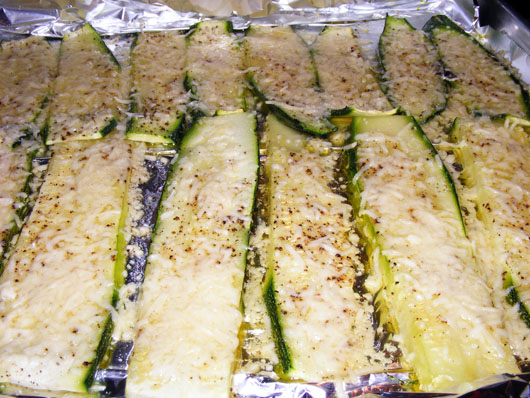 And we added the final touch of our lovely focaccia. 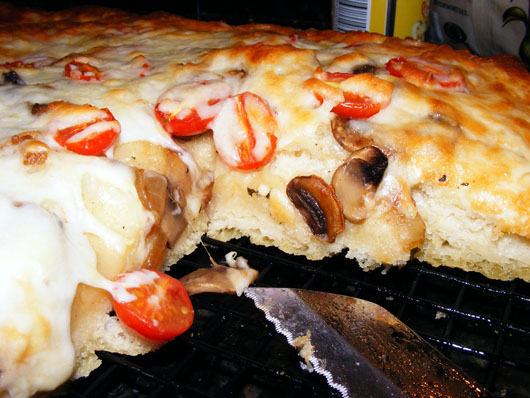 Besides the Packers losing a game the Giants seemed better prepared to play, a very enjoyable day. Just to prove I am certifiably insane, I also ordered more seed today, because the very best thing to do when you think maybe you’re getting too close to that gardening mania line is to just boldly step right over it.