Or at least some files. Being able to take a bazillion shots with a digital camera means there are a bazillion images to sort through “later”. And by “later”, I mean “at some point, probably, when you’re bored out of your mind, taking a break from answering tickets and doing server/network maintenance, and have turned off the tv and disabled the news crawl on the computer screen because it’s all about Heath Ledger dying”. That kind of later.

Awhile back, I had posted a picture of our spidery neighbor, who hung around the front of the place all season. That spider put up a couple of egg sacs and then promptly did what spiders do a few days later. Died. 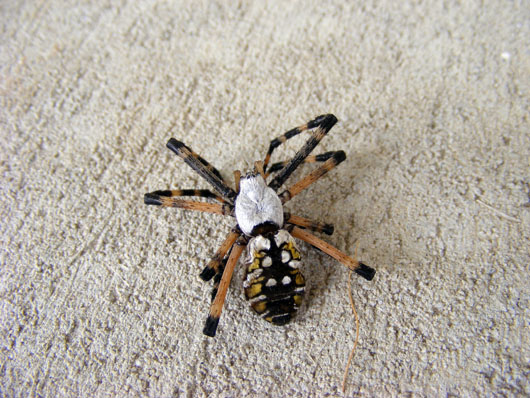 The eggs are still up there for now, although we’re probably going to have to get rid of them. 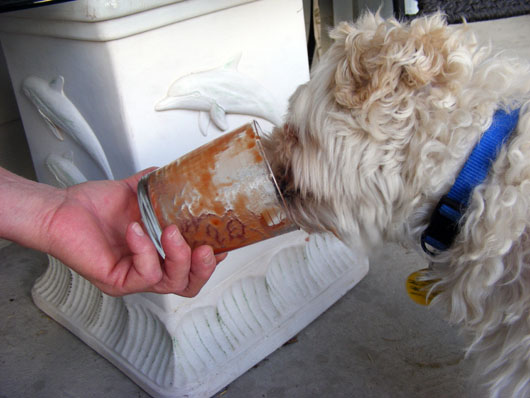 I’ll add that while I will eat after the dogs when they have had something off my fork, mom refused to drink after Newton. Sissy. 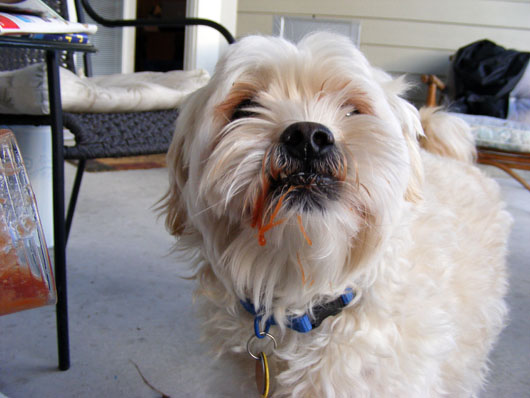 And finally, say hello to my nephew, due in a couple of months. Yours truly will be cooking for the gaggle of girls appearing on the doorstep here for the baby shower. 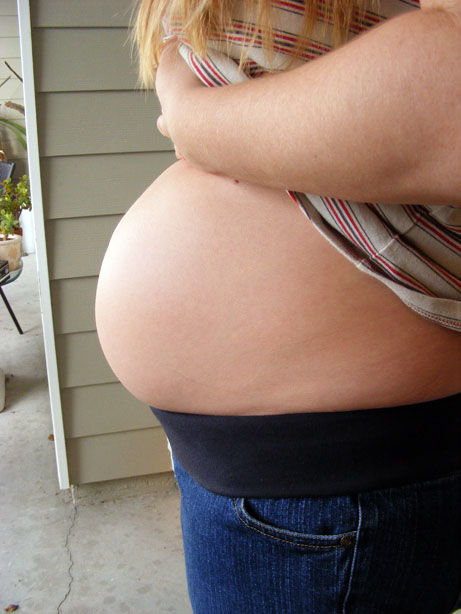