I had plans today, I really did. Gorgeous day, which means outside time, in the garden.

As it turned out, Mom and I wound up taking a short hop to Whole Foods, to look at chicken – comparing costs of organic chicken from various places to the pricing from our source in Lake City – and pick up a few things, like buffalo mozzarella and, amazingly enough, raw milk (marked, appropriately, as for pet food only).

The boys were making breakfast when we got back, carving up thick slices of the bread I made for french toast. After a breakfast break, I intended to go outside, but wound up having a nap instead. My energy levels have been rather low lately, because I’m not getting enough good sleep, not eating enough, or because of the meds (or a combination of all of the above). When I got up, my sister was here, with the baby, and the kids were playing Scrabble. So, instead of going outside, I did a few work-related things and then made dinner while they moved on to cards.

Honey barbeque chicken tenders. I carved up some breasts, gave them a tumble in a flour mixture, fried them for a couple of minutes, then dipped them in barbeque sauce and honey and stuck them in the oven to finish. 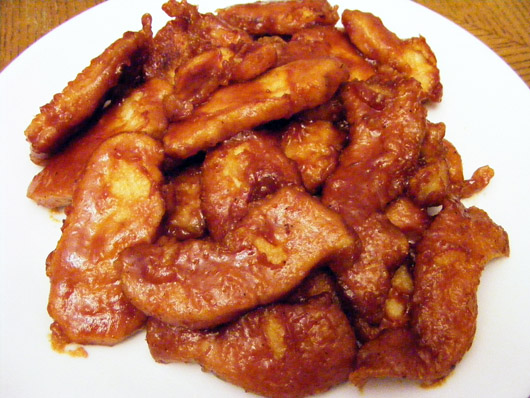 We had some green beans and potatoes with parsley and garlic. 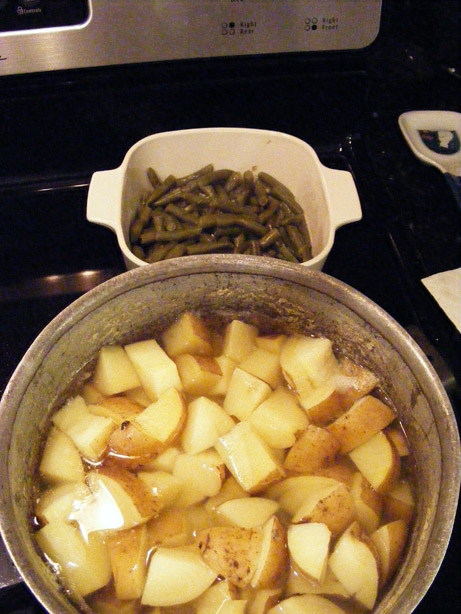 The little man loved it. 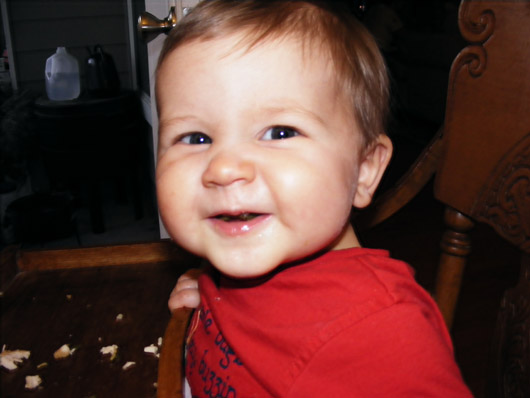 So did the other little man and his cohorts, when I dropped a couple of tenders trying to pack them away. 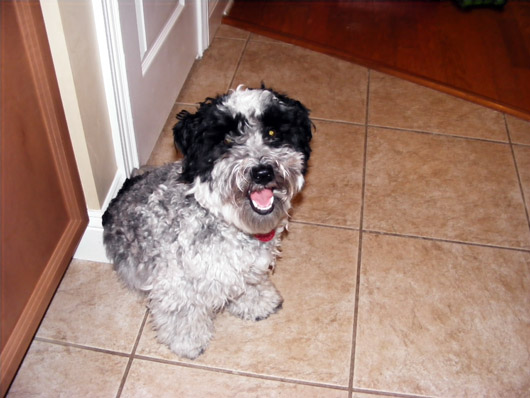 Tomorrow, as they say, is another day. Bread, for certain, but I’d really like to get out and get the peanuts going, along with the next rounds of potatoes, and replace the beans that killed themselves by coming up right before the hard freeze. It’s also time to take another look at the flats and see which of the seeds just are not pulling their weight and replace them with something else. I found one seedling that came up, but after a few days, the stem thinned to the width of a thread and it fell over, dying. Since the other seedlings haven’t exhibited the same thing, I’m not overly concerned about them falling face first into the soil – just one of those wonderful variations in the natural world.