It’s amazing the tools that are created over time, designed to make peoples’ lives easier. Like this one. 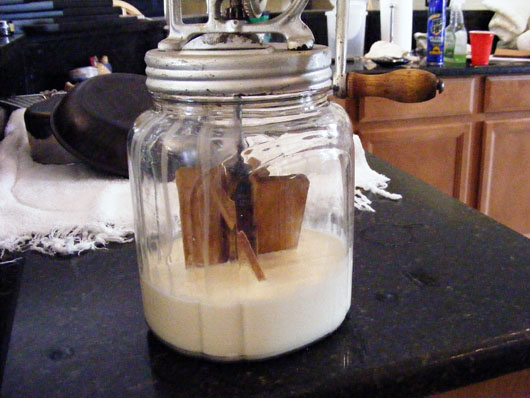 What is it, you ask? Why, a butter churn, of course. Designed for smaller batches than the old upright butter churns people may be used to, this one is small enough to sit on the counter and has wooden paddles in an interlocking fan shape attached to a spindle which in turn is hand cranked. 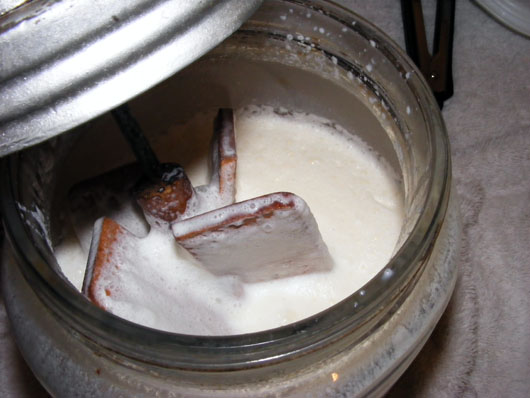 When we skimmed cream off our milk previously to make butter, we would put it in a quart size canning jar and shake it. This is slow work, and can be painfful if you have smaller hands and the quart jar tests the limits of your grip. With this churn, you simply hold on to a handle in the top fitting and turn the crank. After a bit, the cream gets foamy, like above. 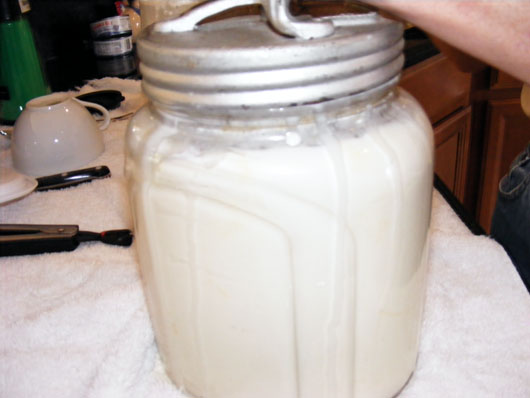 One thing you should not do is overfill the churn and spin too quickly. Well, that’s two things, because the cream expands (as it becomes whipped cream with a lot of air incorporated) and overfilling the churn can result in a bit of overflow, as the streak on the jar shows. Soon enough, though, the cream collapses back onto itself as the fat globules come together and bind with one another and the whey is left to its own devices. It’s quite sudden when it happens, and can be surprising when you’re churning away at what was heavy, whipped cream only to find the handle begin spinning very easily and the jar once again becomes clear. 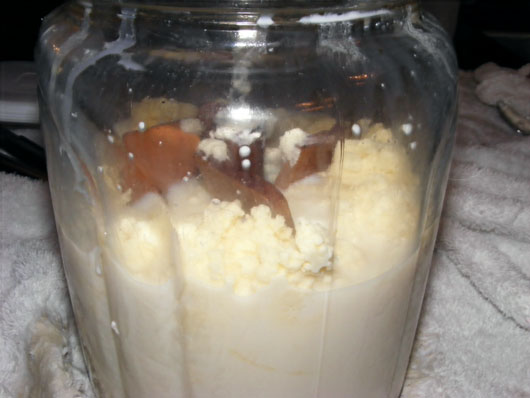 When that happens, it’s time to pour off the whey from the butter. This churn has a handy spout for that purpose (which also allows air into the jar during the churning process). 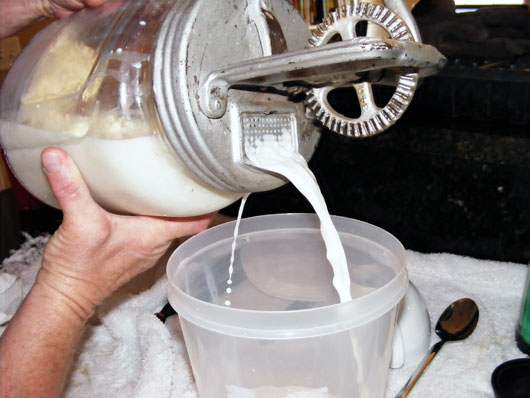 It’s only good manners to share a bit of cream with a friend. 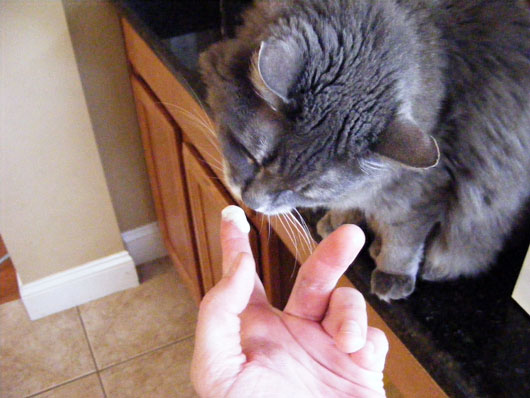 Turn the butter out, rinse it a few times, and pack it away. 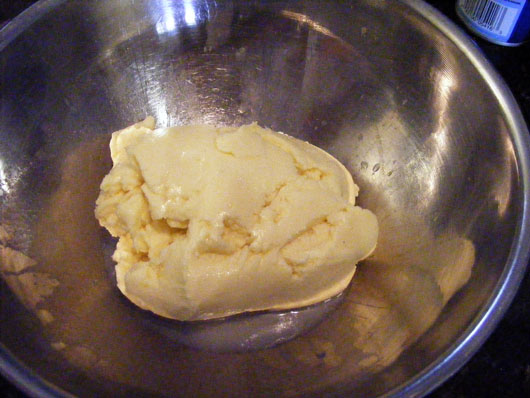 The best thing about this is that the paddles and the jar are remarkably clean after the churning. A simple wash and you’re ready to go again whenever there’s some cream to be churned. 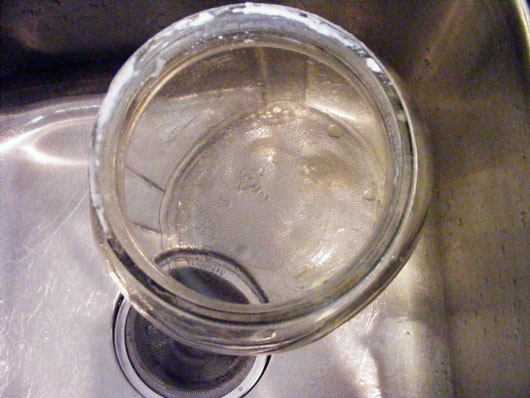 2 thoughts on “Churning away”