Not for nefarious purposes. For food purposes, naturally, as if thought of anything else manages to penetrate this thick skull.

For awhile now – probably from just before I had to stop eating solid food – I’ve wanted to make my own sausage. Commercial sausage isn’t horrible in most cases, and the store-made sausage from Publix is generally better, but there’s just something special about making something from scratch on your own. It’s the same reason I bake and the same reason I have a (vegetable) garden when I have the chance: it’s about having something grow under your ministrations, as careful with your new creation, as tender (or firm) with it as you would be with a child. The goal is the same: to raise something – or someone – of which you can be justifiably proud, that will serve to nourish others in a variety of ways, both bodily and mentally.

But back to the sausage. Really, it isn’t difficult to do this on your own. A bit time-consuming, to be sure, and temperature control of the meat is important so as not to have the finished product separate into grainy bits when cooked. Casings aren’t even strictly necessary, since the meat can be formed into patties instead. Since we want to have the full experience, however, and since we do have a grinder/stuffer attachment for the trusty KitchenAid, we’ll be giving it a go and stuffing casings with whatever mixture appears on our radar. My mom loves sweet Italian sausage, so I’ve put that first on my list. Other variations will no doubt follow, and I have a sense that I’ll be foisting sausages off on random strangers just to get them out of the house.

If you’ve any interest in sausage, curing, or smoking, I’d highly recommend the book Charcuterie, published late last year. I ran across a mention of it on the eGullet forums about two weeks ago and finally broke down and ordered it last week. It’s a cookbook, how could I resist? An excellent addition to the library.

I decided to deviate from my sister’s request list for Thursday night. Not out of disagreement with anything she would like to see on her plate, of course. Only because while I was picking up a prescription at Publix, I decided to wander past the seafood case. Shrimp scampi with angel hair pasta and bruschetta popped into my mind while I was looking, and since I’m easily swayed by menu suggestions at the moment, I got a couple pounds of shrimp. When I told my sister – the same one tossing out the “can you make that”, the same one who refuses to eat any sort of meat on the bone – she informed me that she doesn’t eat shrimp with pasta. No problem, says I, ever amenable and flexible, we’ll just serve them separately, and you can have the shrimp by itself. Can’t eat it, she says. Too much butter. She also won’t eat bread because she’s trying to watch her carbs for the upcoming swimuit season. This from a girl who has an athlete’s body and weighs maybe 117 soaking wet.

So it will be something else for her. I just need to figure it out. In the meantime, my mom and my other sister will happily share the main dish, and if my brother wasn’t such a rube, he’d be here to enjoy it as well. 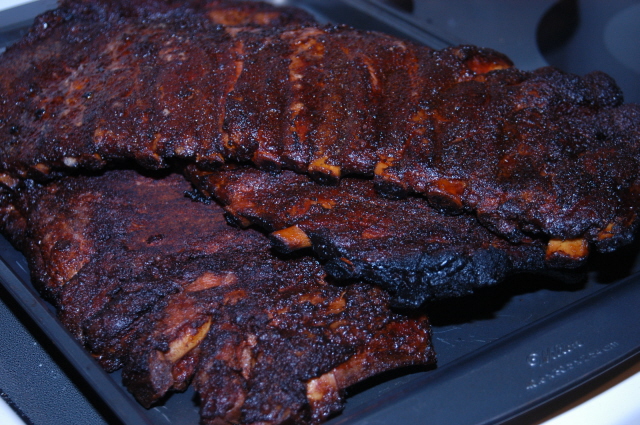 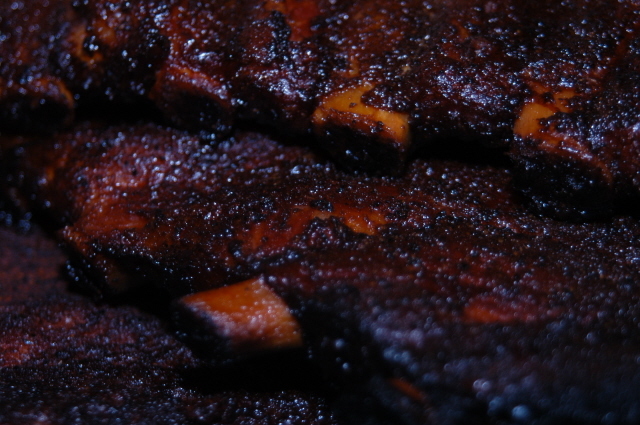 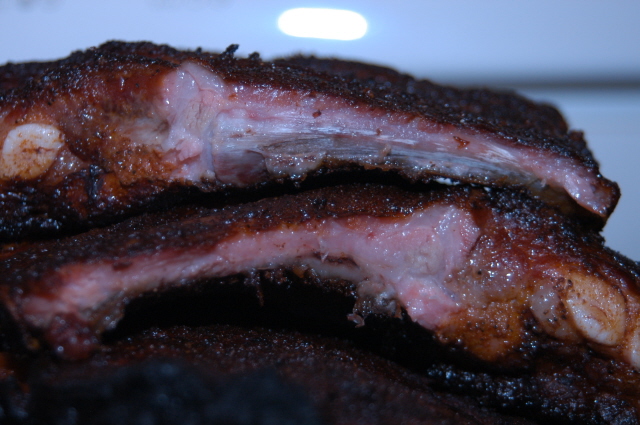 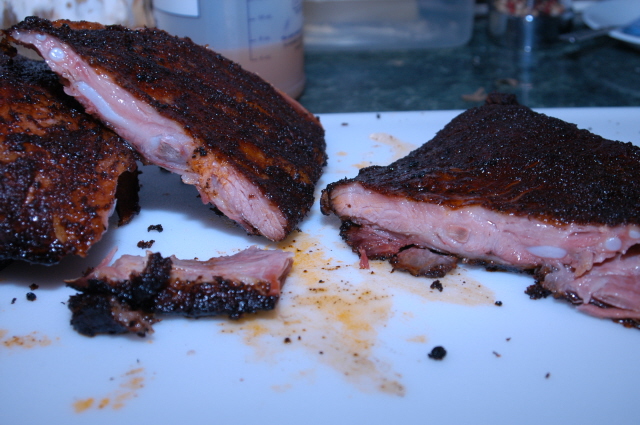 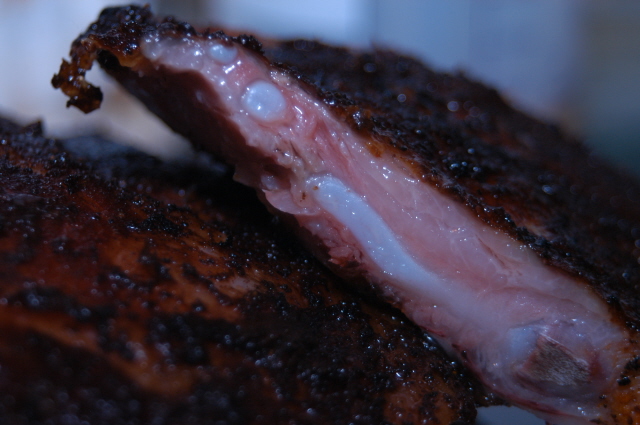 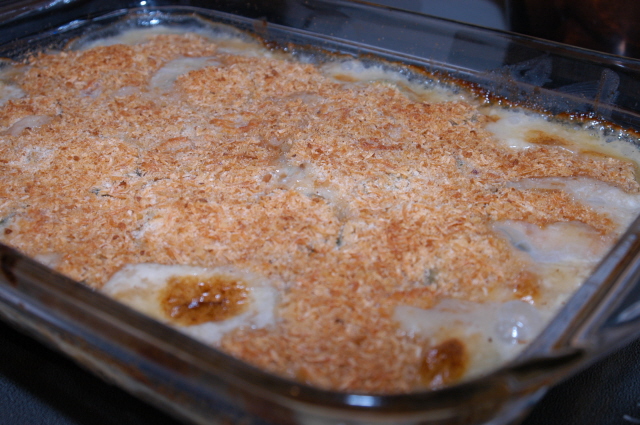 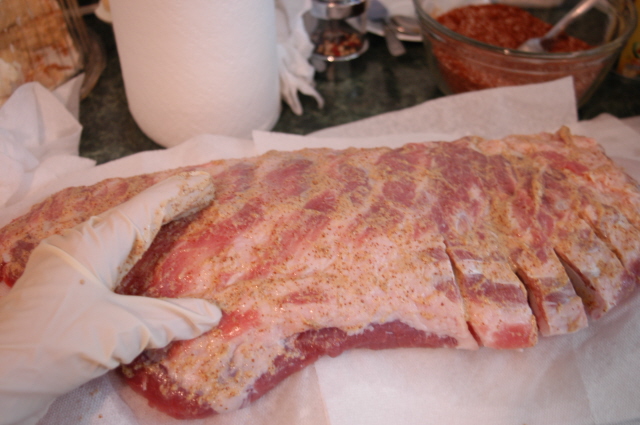 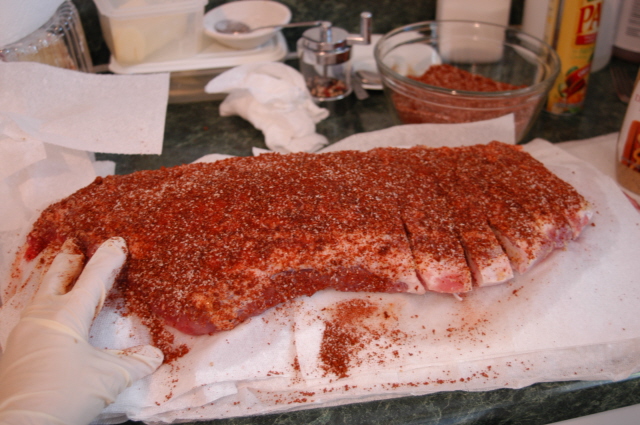 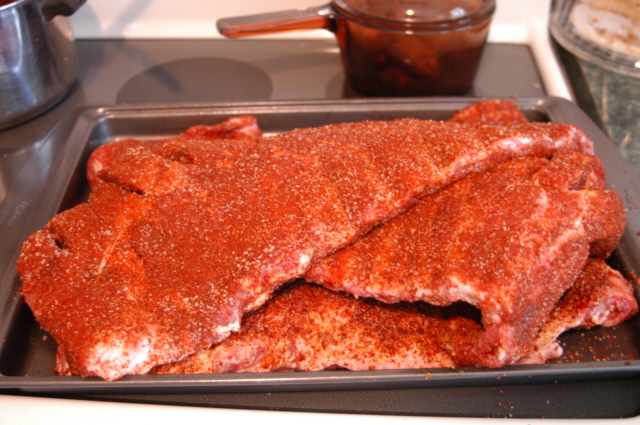 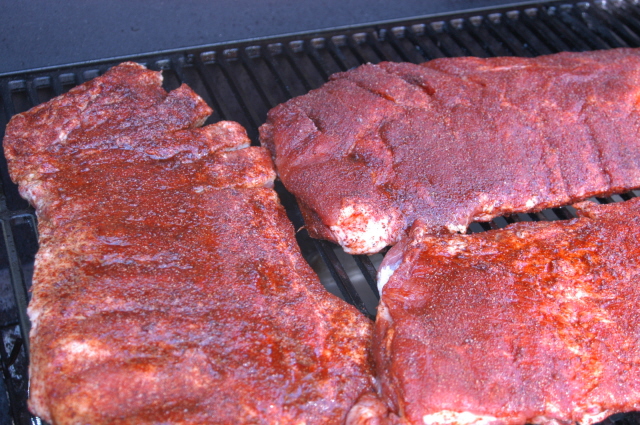 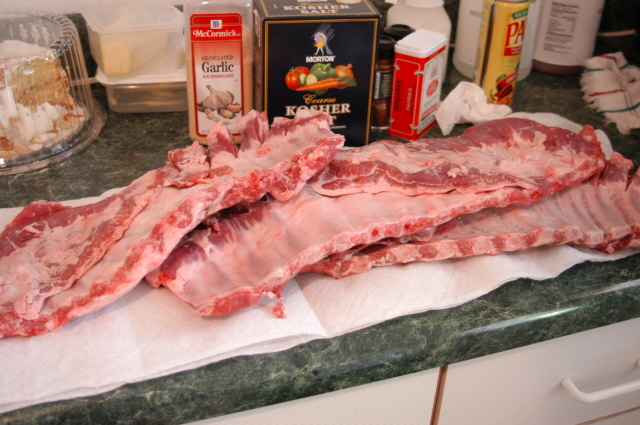 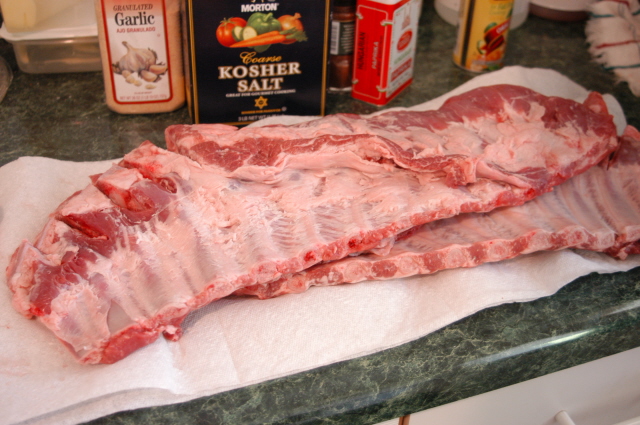 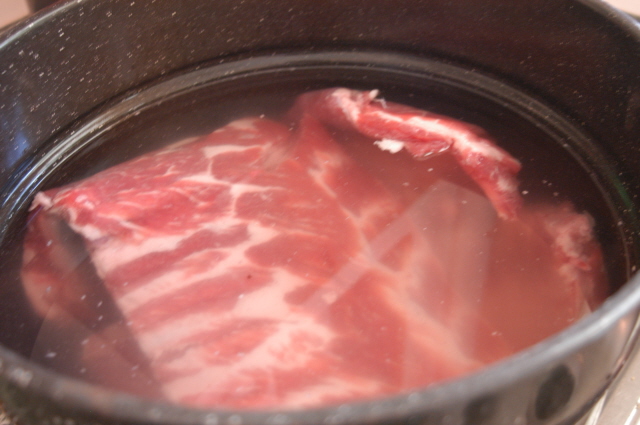 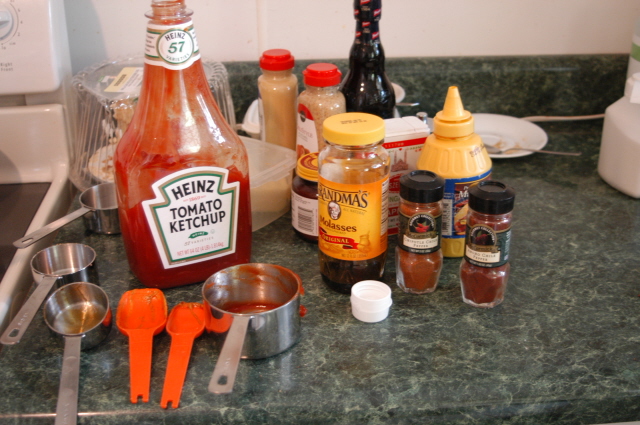 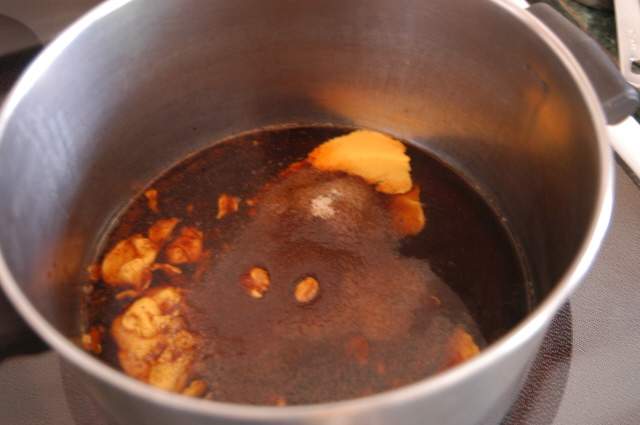 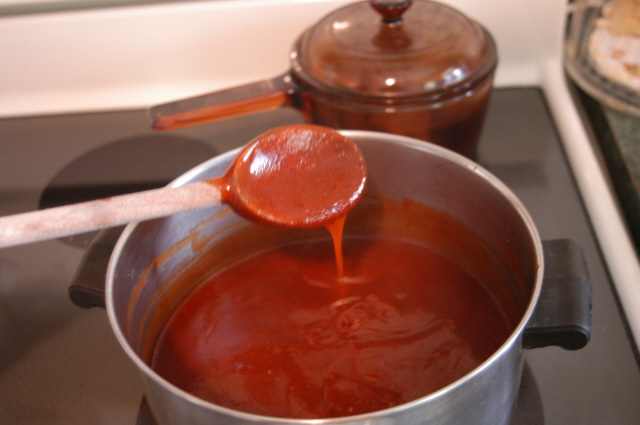 I tend to work with FoodTV on in the background. For awhile, when it was rerun after rerun, I had switched over to watching all the Law & Orders that were on various channels throughout the day. Now that I’ve caught up on those, it’s back to FTV.

The other day, Everyday Italian is on when one of my sisters breezes through. She stops for a moment, points to the tv, and says, “Can you make that? Let’s have that for dinner.”

“That” happened to be chicken cacciatore.

We all compare schedules and decide that Thursday is best. Since my little brother has forgotten the cardinal rule – sponge off your family as long as you possibly can before moving out – and is leaving for Orlando on Friday, we’ll consider it a going-away dinner for him. Piece of cake, I think, and start putting together my recipe and my grocery list.

So I invite a dear friend over, and that makes five total for whom I’m cooking. That turns into six when one of the girls invites her boyfriend, then seven when the other invites hers, then eight when my mom informs me she’s invited a friend of the family.

The boyfriends also brought along their respective dogs – three, total.

Have I mentioned yet what a madhouse it is when the family starts getting together?

So, Thursday’s menu was: chicken cacciatore, risotto with parmigiano-reggiano, steamed broccoli, and salad (which my sister made).

No photos of this one because I was running out of gas by the end and they were all hungry. The reviews were excellent, and one day I’ll be able to actually eat the food I’m cooking. One of my sisters took some of the chicken to work, where her boss termed it (and I quote) “Fucking kick-ass chicken”. I’ll put that one in the plus column. She also received a request from one of her coworkers to bring some in. At least the letovers won’t go to waste.

I think that like most geeks my age, WarGames was the first movie I’d ever seen that had more reality than fiction in it about what you could do with computers. The movie was released the year after I had gone to this summer camp at the University of Western Maryland (real camp name: Gifted and Talented Summer Camp – I think someone’s creativity burner was on low the day they came up with that one). For one glorious week, a group of us had access to the computer lab, where we learned to do some BASIC programming and wrote a small text-based adventure game, complete with dragons, treasure, and goblins. The second week was spent reading Flatland and talking about perceptions of reality. Fun. The title of this post comes from WarGames, and is what Joshua (the computer) would ask the person who had connected.

In our case, it’s a simpler game than global thermonuclear war. A visual one. There are some images below, but for the purposes of the game itself, only the first two are important. It’s a game of spot the difference, and your challenge, should you wish to accept it, is to determine the difference between the first image and the second. The other images are for illustrative purposes. Ready? If so, click away to continue.

END_OF_DOCUMENT_TOKEN_TO_BE_REPLACED

Yesterday, I did something that I have not done since the middle of last year.

Believe me, I’ve wanted to get back to cooking before this. Between healing, pain, and energy levels, though, it simply has not been possible. I decided that yesterday would be the day, and if it wiped me out for a few days afterwards, that would be fine. At least I could say I did it, and I could use the rest time to prepare the next menu.

Alas, I am still not eating, but the family said it was all delicious. In addition to working on getting strength back and getting back in the kitchen on a regular basis, I also need something to help the photography side of the food. I think what I need is a portable studio type of thing, to have a suitable backdrop and also be able to control the light better. In any case, the menu was this:

I wish I had been able to get a better shot of the full plate, but this will have to do, considering there were few places to set it up properly. 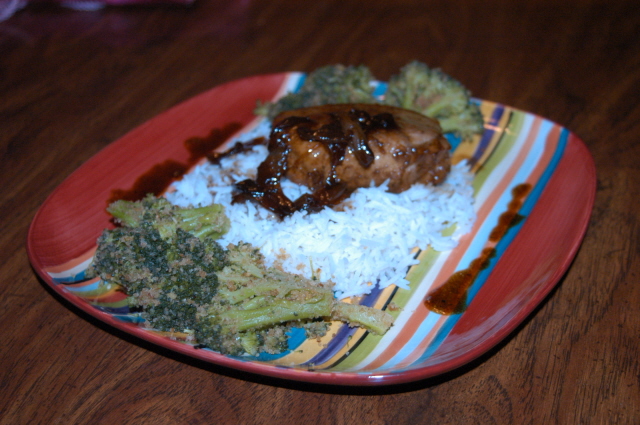 This shot came out better. A closeup of the chop with some of the sauce. 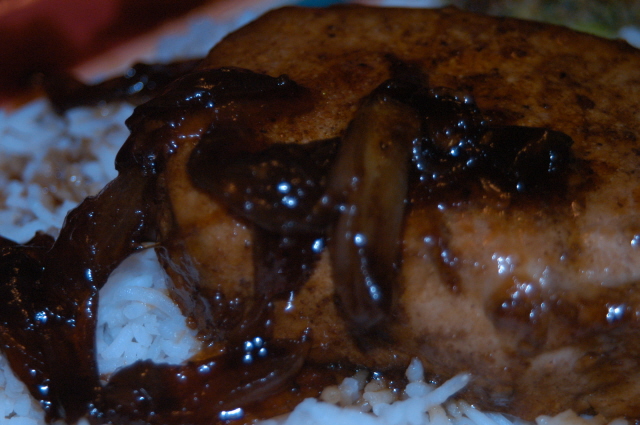 I’m sure there will be more to come as I slowly get back into what used to be my life.