Preseason football can get rather ugly in the latter stages of the game. A lot of guys who will not make the team are in the game, fighting to show something that will enable them to make the practice squad or catch on with another team. Sometimes, that can be exciting. Mostly, it isn’t. Even with some regular players, sometimes the only excitement is wondering if they’re actually going to catch the ball. Matt Jones, we’re looking at you, One Catch, Zero Yards Guy. That first throw to you from Leftwich was his fault, but the other drops were on you. And why, while we’re on the subject, do so many players follow Leftwich’s amble back to the huddle? The guy looks and acts like he’s sleepwalking, and Matt Jones does that same slow jog back to the huddle. Hustle! You guys could learn a thing or two from someone like Nick Sorensen.

At the end of the game, the players head for the tunnels, or, in some cases, to the sidelines for interviews. Who showed up right in front of the section we’re in? Why, none other than Jeff Garcia. Aubrey skipped down to the rail and caught his attention while he was waiting for the interviewer to be ready. 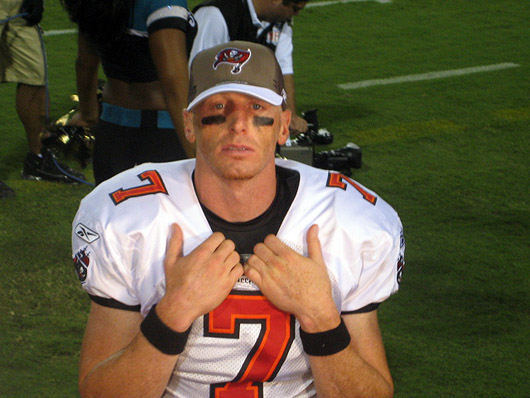 “Is that all the smile we’re going to get?”

As it turns out, no, it wasn’t. Stats for Jeff this evening: 6 of 6 for 43 yards, one touchdown and no interceptions. Very preseason-like. And even though his team lost, he flashed a big smile for Aubrey. 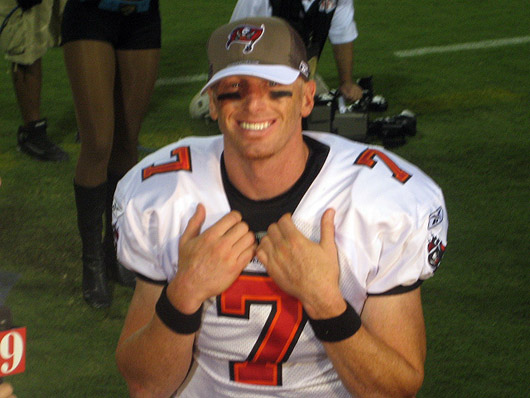 Yes, thanks, Jeff. Made my sister’s evening by smiling for her. She wants to send you a thank you note. And she thinks you’re cute.

What to do on a hot, sweltering, sultry summer day in August in Florida? 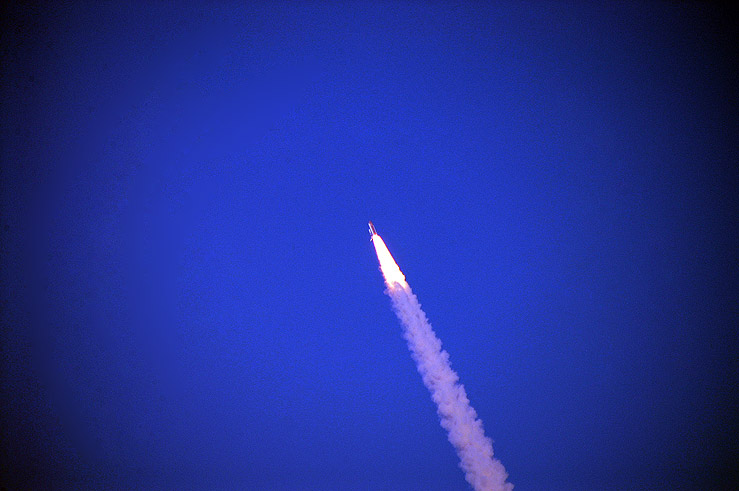