Usually, things don’t start bursting into flames down here until we’re well into the summer months.

END_OF_DOCUMENT_TOKEN_TO_BE_REPLACED

This is what greeted me Sunday morning – and what greets me most mornings, as it happens, when I get up after a couple of hours of sleep. 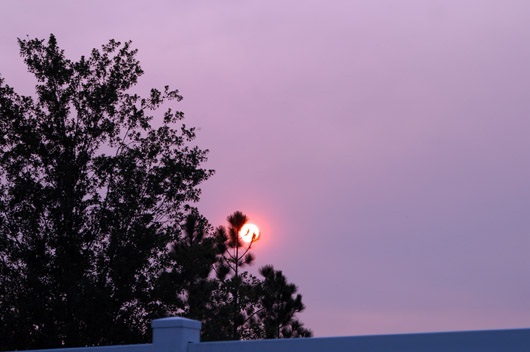 END_OF_DOCUMENT_TOKEN_TO_BE_REPLACED

I despise crappy service. I really do. In fact, it was one of the reasons my then business partner and I started our own company.

It isn’t every day, though, that you find a rather stunning example of bad service – so amazing that at first it’s annoying, but then becomes rather puzzling, as there is no need for it and no possible explanation to give for it.

Case in point: we register domains for people. Lots and lots of domains. Today, we received an email from a tech at the registrar, telling us that one of our customers had been trying (unsuccessfully) to get in touch with us – yeah, I know, we of the round the clock coverage are just impossible to get in touch with about anything. The email we received also told us to see their “correspondence below”. It also included a notation to the person contacting them that the registrar had forwarded their email to us.

Problem: we received no forwarded email. There was no “correspondence below”. In fact, there was nothing at all to indicate who had contacted them, what they wanted, or what the message contained. So, off goes a response, telling them that it would be rather helpful if they’d include the correspondence they said they did, and that is copied to the email address of the person who contacted them (and this latter fact is noted for the registrar).

To which we receive a response from that same tech, asking us to contact the person who contacted them. Now, this just begins a downward spiral, because of course we did copy that other party and we did note this in our response – obviously, reading comprehension is not this guy’s strong point.

So, again, we ask for whatever correspondence there should have been, and tell him again that we did copy that other party, and perhaps someone could do something productive. Like let us know what the hell the issue was so we could address it.

Which led to the third party – who, as it happens, wound up being not only NOT the customer, but unconnected to the account in any way, shape, or form – telling us that our demeanor sucked, based on our pleas to the registrar to give us any shred of information that would be helpful. Which led to his mail being blocked to the entire network, because one thing we don’t need is random asshats who jump to faulty conclusions based on no information whatsoever.

In the end, we told everyone to have the client contact us themselves. Just as they have done in the past, via the very same methods they had used in the past, where they found their rare tickets answered politely, efficiently, and promptly, just like everyone else. Because we’re certainly not in the habit of releasing information about accounts or making modifications to account based on contacts from third parties.

*** Followup: as it turns out, despite the fact that it is mentioned nowhere in the email to us from the registrar, and despite the fact that it specifically states that they are forwarding the (presumed) client’s email to us….the presumed client didn’t contact them via email. They called. A fact mentioned exactly nowhere in the conversation back and forth today until I pointed out for the tech that we didn’t need lessons on service from him and that more crap from him about how we should be conducting ourselves would result in us pulling about 4K domains from that registrar and moving them elsewhere.

Remarkable, really. Such a simple issue – or it would be, with a little bit of common sense.