What the back forty looked like in January (and actually, for almost the past two years): 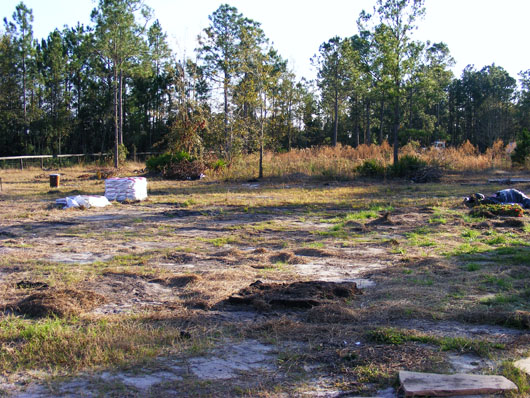 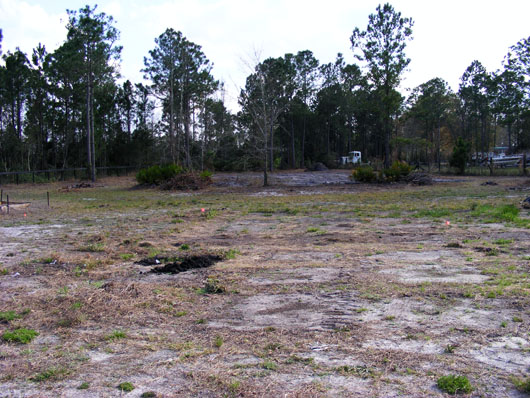 We had every intention of leaving the back wild, but last season found that weeds had completely overtaken one berm where wild blackberries were growing (not an easy task), that dog fennel and other weeds were running rampant, making it impossible to get to the wild blackberries anyway, and that we wanted, instead, to put the orchard out in that spot instead. At the very far end, somewhat behind that tree dead center in the photo, is another berm where blackberries are still going strong, and behind that is more wild area that will stay that way. For now. We had our tractor guy come out, mow, and then take down the berms and give us some leveling of the ground back there. Thus far, we have two almonds and a peach tree. Next weekend, we’re heading to the nursery for some citrus trees. Toward the left side of the picture, between the pine trees and the neighbor’s fence, is where I envision the bee hives going at some point.

It’s all very much a work in progress, as it always is. But spring is here – finally – and that means some serious gardening. How serious? Let’s just say that today alone, I popped about 50 plants into the frames out front, in addition to what we’d already put out there. More to come…

I know, I know: what have you been up to lately, that you have neglected your poor handful of readers?

Beyond listening to the whining of some asshat who is going to “recommend to his client” that she change to another host – after that client has been with us for seven years, I might add – because we don’t provide the phone support he has decided is necessary, when we can read the ticket, find the account, determine the issue, report it to the actual client for their directions on proceeding, and resolve the immediate issue in the meantime in under 20 minutes while this douche would rather be on hold for that same length of time before getting to a live person….well, I’ve been working, inside and outside. And there was this 30-year birthday bash for my sister, who insists that it was actually her second anniversary of her 29th birthday.

There was food, of course. Like a spinach dip to start people off. 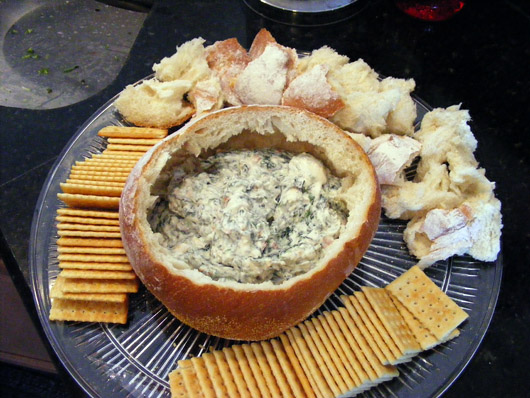 Crabcakes that I threw together, shaped, and put in the freezer that morning to store for the party. 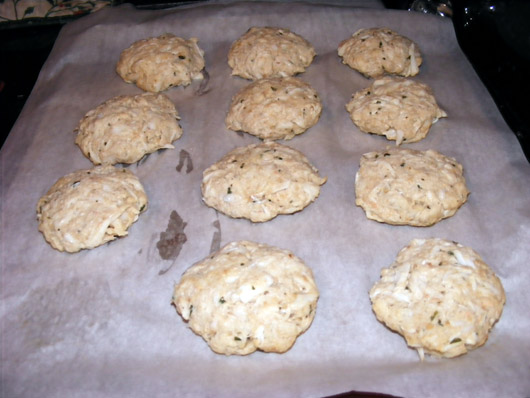 These plus the other two trays were fried off in some olive oil. 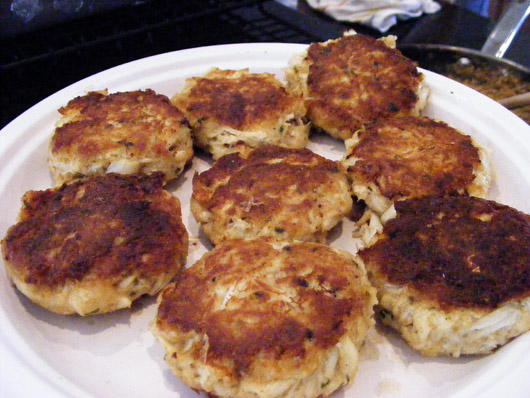 By far the best batch I’ve ever made. There were none left, unfortunately, to leave uncooked in the freezer for meals or snacks later. Four pounds of crabmeat in these.

We also had some croissants with crab and artichoke spread. These were set under the broiler with a crumb topping on them and were mighty tasty. 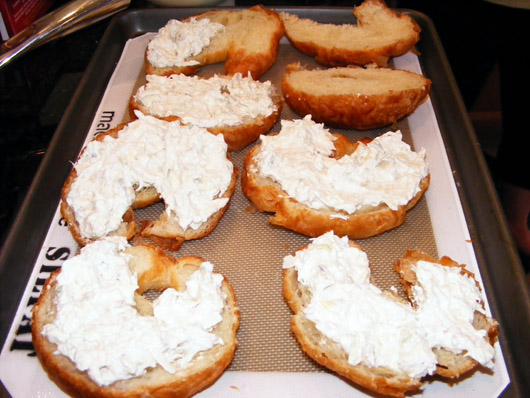 I had smoked a couple of pork butts and roasted a chicken as well. My sister also requested tofu. I marinated it in a ginger-lime sauce. 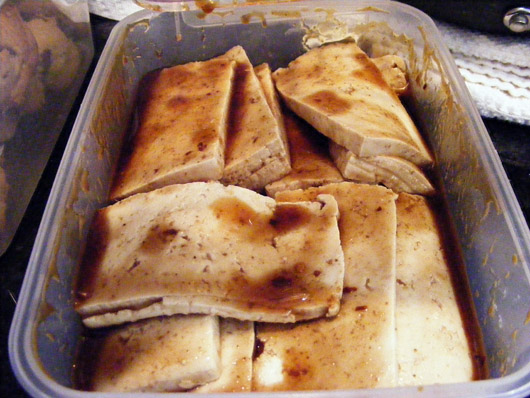 Then seared that off in some olive oil, too. 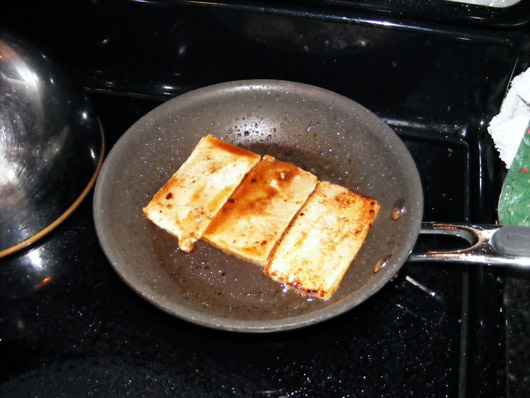 What gathering would be complete without rolls? 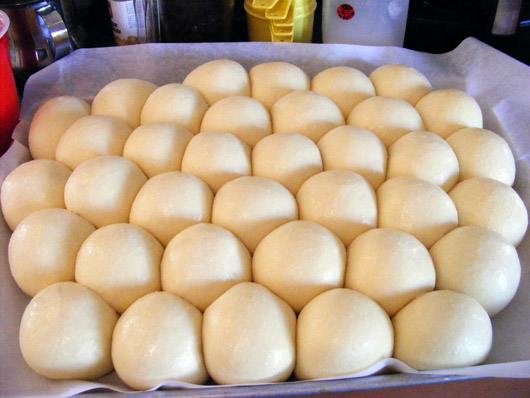 Nothing like a fresh roll out of the oven. 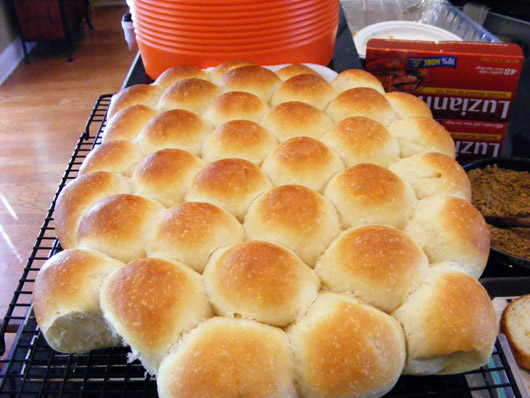 None of these survived the day, either. 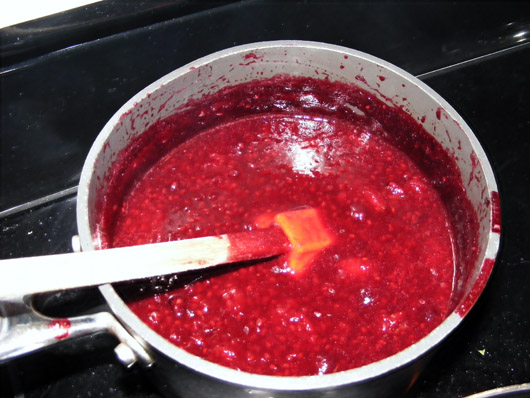 Oh, and let’s not forget the homemade whipped cream. 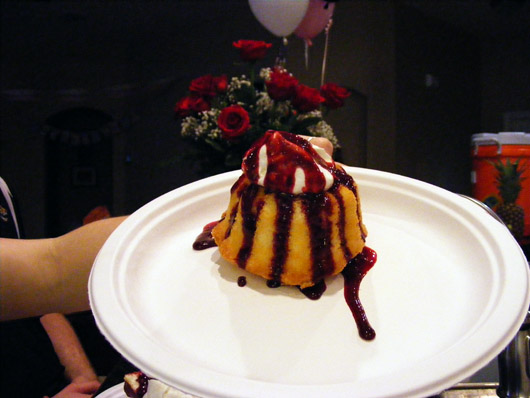 Not a bad way to spend a day, surrounded by friends and family, even if all the family could not be there.