He is much less innocent than he looks.

This is why I overseed when I’m putting down pasture seed. In the patch this guy was grazing, there is buckwheat, clover, and alfalfa. Since he can’t possibly eat it all without bursting like Mr. Creosote, I’m hopeful that this will begin the rebuilding of the soil in that location. Once the growth is established in this area, I’ll be able to move along to the next area, put up my portable fence, and begin again. This is much the same process as I used to develop what was once the wild area at the rear of the property to turn it into the beginnings of our orchard (although since the dogs were not allowed back there, no fencing required). Pictures of then and now in that area to come. 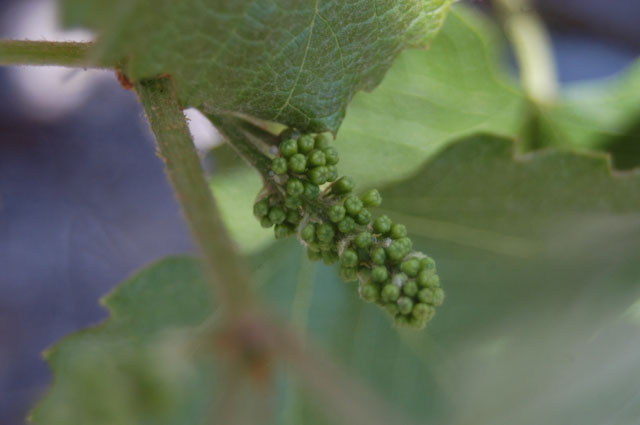 Well, maybe not. After all, I can no longer drink alcohol thanks to the radiation treatments, and no one here is a big wine drinker anyway. But, for fresh eating – especially for my nephew, who has quite the fondness for fresh fruits and vegetables while here at the ranch, even though according to my sister doesn’t when he’s at home – these will be just fine.

It’s amazing what you can find when you really take a look. 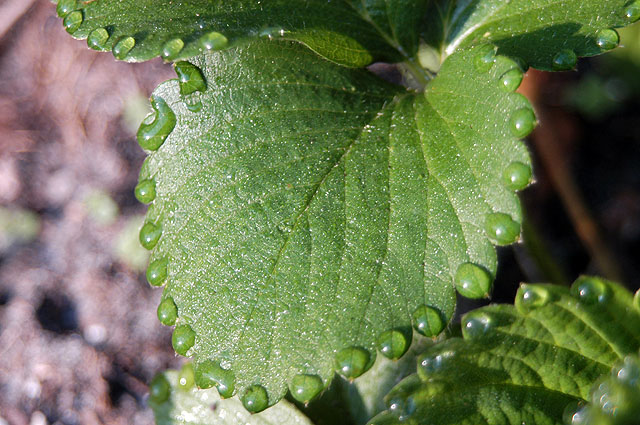 This the the everbearing strawberry group, in the early morning hours before the sun has kissed away all of the dew. 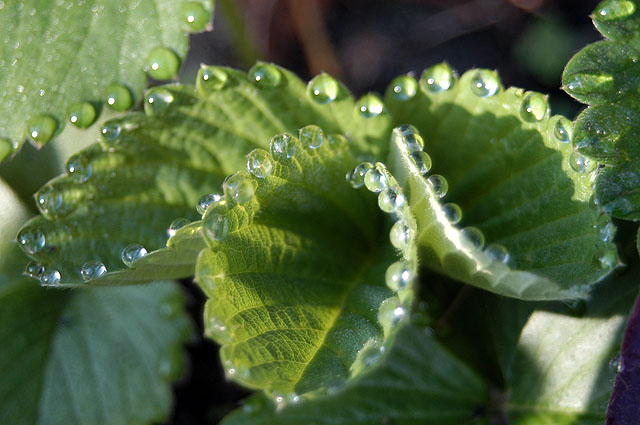 I saw this headline on my ticker: “I’m through,” Palin says.

If only. Someone at CNN has a sense of humor and a surefire way to guarantee a click on a Palin story that most of us would avoid like the plague.

Alas, Palin the quitter is not through with trying to suck every nanosecond out of her fifteen minutes, but (claiming to be) through with the media. She says she’s done with whining about the media as she whines about the media, doesn’t accept unexpected support from NOW about something Bill Maher said about her, even though as a woman she should be able to gracefully put aside the political differences she has with the organization and understand that in this instance, agreement is correct – then again, nobody ever accused Palin of having grace of any sort – and then ends the whole thing with a double negative that means exactly the opposite of what she was presumably trying to say:

“It’s not America’s role not to be out and about nation building and telling other countries how to live,” Palin added.

Of course, with Reload Palin, that could very well be exactly what she meant, since she doesn’t seem to have any issues with Bush & Co getting us into boondoggles in Iraq and Afghanistan. However, I’m certain that what she actually meant was that anything Obama does must be bad by definition, and our support of our allies in enforcing the UN resolution – and not invading the entire country – is likewise bad.

But the very best part of the article is where she’s talking about how she’s looking at the field of GOP possible contenders for 2012 when deciding whether to get into the race.

“I am tempted to because I am still wondering who is going to be out there with a servant’s heart, willing to serve the American people for the right reason. Not for ego, not for special interests…I am waiting to see, who else is out there willing to do this.”

Well, it sure as hell is not you, Sarah Palin. You have no servant’s heart, unless you keep it in a jar next to your bed. You quit the Governorship of Alaska halfway through, and last time I checked, Alaskans were Americans. You have no desire to serve anyone except yourself, and the only right reason apparent in your activities comes in the form of a signed check.

Go away. Your “you betcha, aw shucks” routine may have worked at first on some people, but all that’s left are the most diehard fans who think anything out of your vapid head is sheer genius while the rest of us look on in horror, knowing these people cannot be reasoned with in this or other instances. 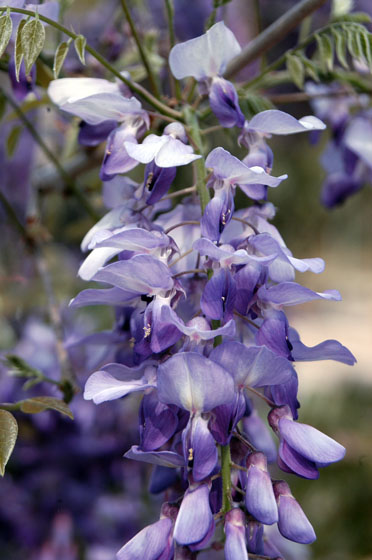 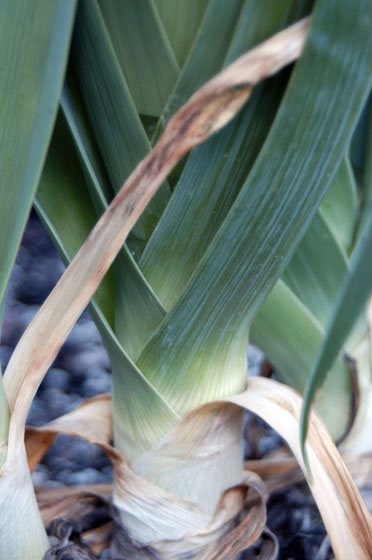 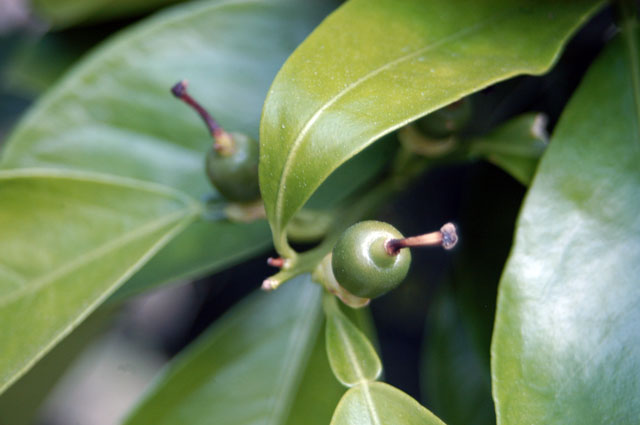 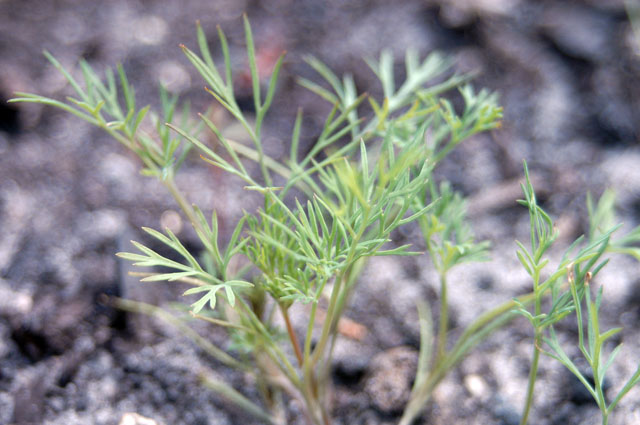 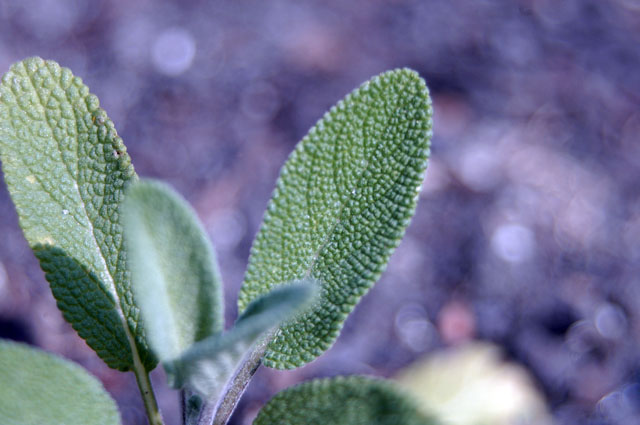 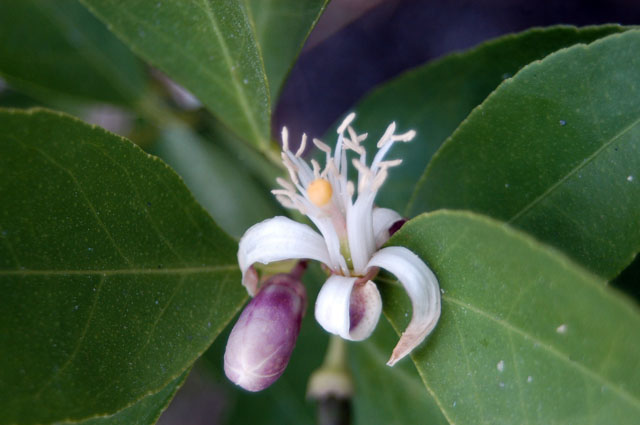 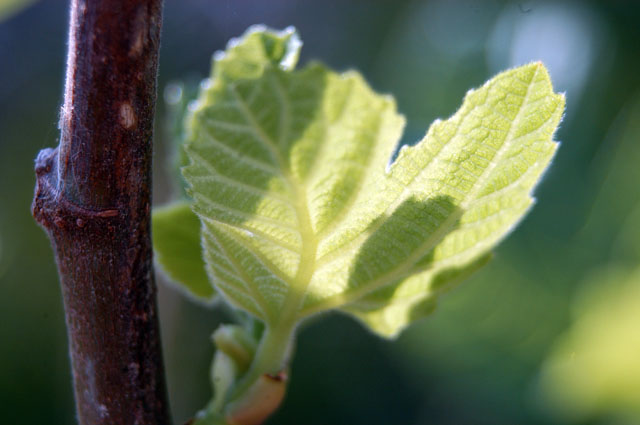 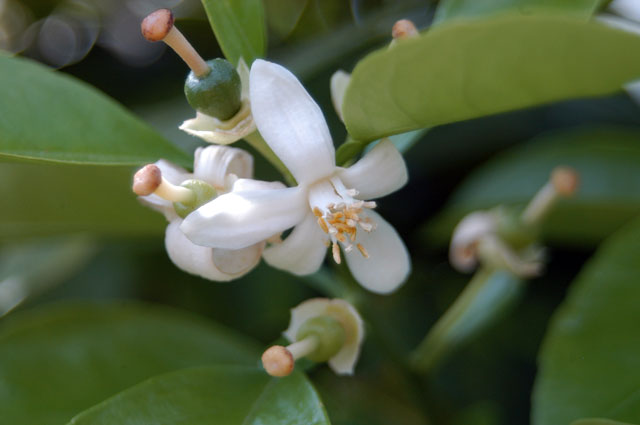 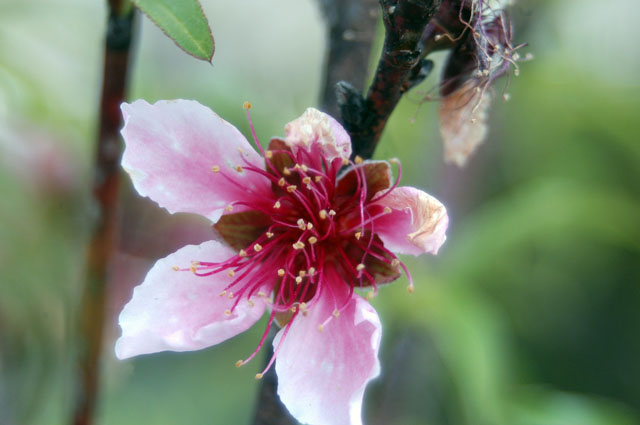 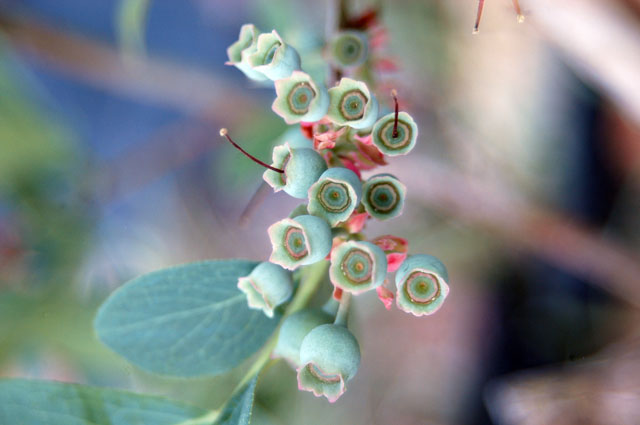 Today is the latest Action Day for the Take Back Urban Homesteading group on Facebook. This time around, the action centers around videos created and posted by (sub)urban/rural homesteaders. There are a variety of topics, as there always will be when you get a large group of people together. Here’s the roundup, which will be updated periodically throughout the day as more people chime in. NOTE: I’m going with first names only here, even if someone’s full name appears on their Facebook post, and with blog or company names where appropriate. There is also a playlist helpfully created here.

The last couple of weeks, I’ve been following along on the Dervaes family’s/Dervaes Institute’s bullying of the urban homestead movement by claiming trademark status over the commonly-used, generic terms “urban homesteader” and “urban homestead”. You’ll note I categorically refuse to link to them (except as necessary, see below) and refuse to place any symbol next to those terms, period. They are, as always, welcome to come on along and try to send me a cease and desist letter in addition to those they’ve already sent out.

Last night, someone on the Facebook page devoted to collecting and disseminating information about this issue posted a rather amusing – and, for the Dervaes, illustrative of their hypocrisy – link to a post by Michael Nolan on his “My Earth Garden” blog.

Let’s backtrack a moment, and review the series of whiny posts the Dervaes made to their blog after things took off when they started this nonsense. One of those posts was entitled “What is Plagiarism?” (we’ll leave aside, for the moment, the fact that it doesn’t appear that any copying of the Dervaes’ lack of instructional content is particularly rampant, or that they don’t seem to understand the difference between trademark infringement and copyright infringement). Now, this sanctimonious post was no doubt intended to try to further their indefensible position. What it did was simply serve to be confusing to those of us who were wondering why on earth they’d be posting about an unrelated issue. Be that as it may, it was just as pompous as everything else they’ve posted. And, in another delicious dose of irony, that post itself was copied, in full, from the link given at the bottom of the post, where the Dervaes invited people to “read more”. It’s pretty redundant to invite people to read more at a link you’ve just copied verbatim without correctly attributing it, isn’t it (learn some MLA or APA styling, please)? Irony, like any other rich dessert, should be consumed in moderation.

Perhaps, in fact, you should not be doing this. Because when you anger people and they start taking a very close look at you, they’re going to spot it when you steal content from other people. They’re going to spread the word about your hypocrisy far and wide via whatever means are available. And for the record, I took screenshots last night of the original and of the content thievery by the Dervaes, in the event they aim for some revisionist history denying that it occurred.

In short, they’re going to call you out over it, as well they should. Shame on you, for both the trademark fiasco and now this.

How are things looking on the ranch?