After a long day yesterday delivering ribs, sauce, and pickles to those in need, I decided to start some onion confit in the slow cooker.

What’s a confit, you may ask? Excellent question. A confit is simply a preserve, and can be done with just about anything from duck to melons to onions. For savory items, the confit is done using fats. In our case, the fats were butter and olive oil.

Why a confit, you may ask? Another excellent question. Well, why not? Another tasty goodie to tempt the people around me can’t be bad. Besides, there’s no doubt in my mind that onion confit would be great with some grilled filets, or atop some toasted bread with gorgonzola. Or brie and some thinly sliced tart apples.

But I digress. On to the photo show.

This is how it all started. 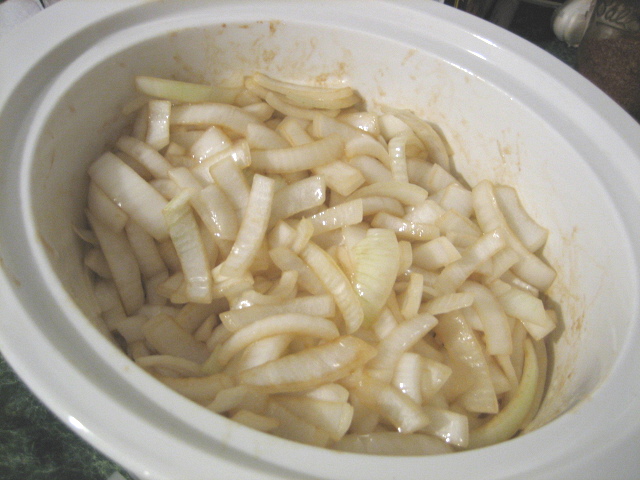 A four quart slow cooker on high, four giant mutant white onions, quartered and sliced, 3/4 of a stick of butter, and whatever olive oil was left in the bottle (probably a little less than 1/4 of a cup, and definitely something that went back on the shopping list). I stirred all this together and slapped the lid on. About half an hour in, I stirred in about a tablespoon of dark brown sugar and let it go with the lid off for a couple of hours.

Two hours later, not feeling well and ready to grab some sleep, I turned the slow cooker to the warm setting and put the lid back on. 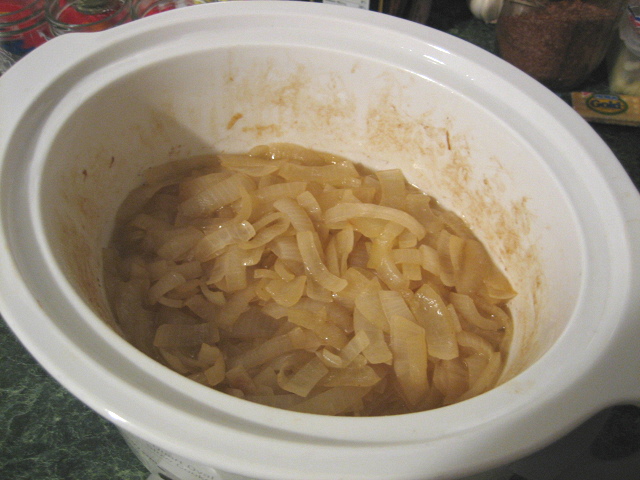 After some sleep, but with a strange case of indigestion – strange because it’s not like I eat anything other than formula for the most part – I got up, turned the heat back on high and left the lid partially off to help along the evaporation. Fourteen and a half hours in, we had this. 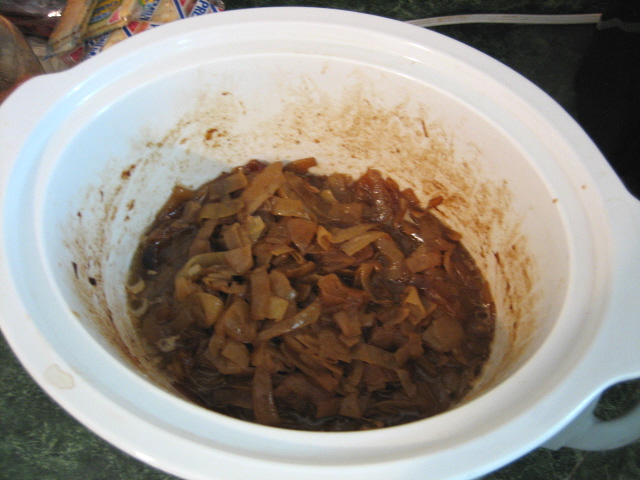 I’d been stirring it every so often, and at this point removed the lid entirely to continue the evaporation. A little more than 18 hours later, the finished product. 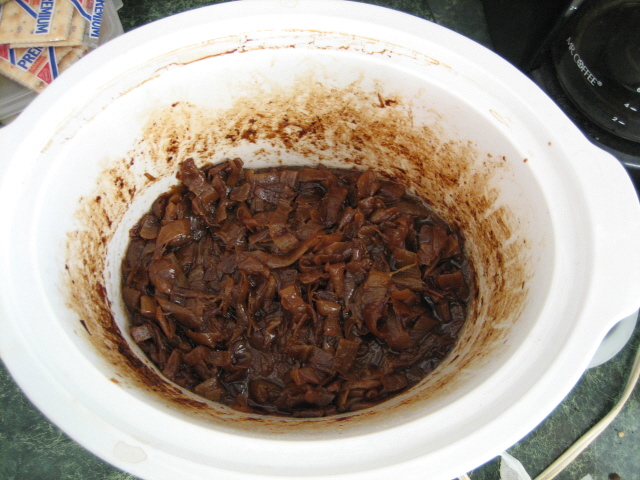 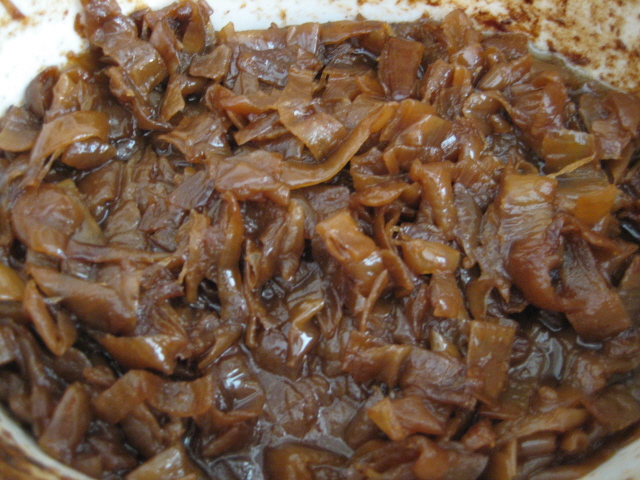 All those onions reduced down to two pints. 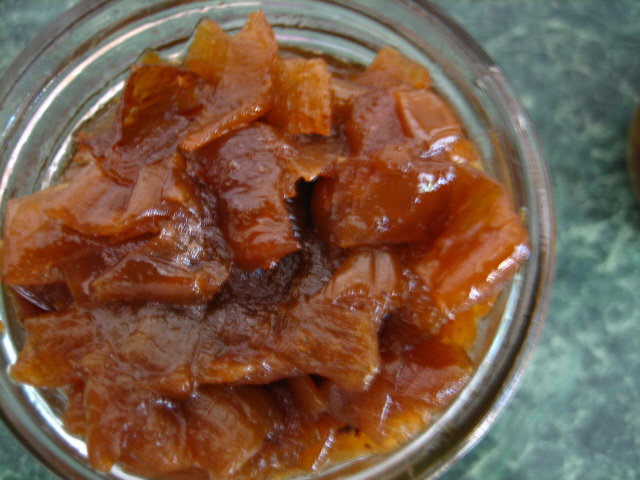 Taste testers judged it delicious, still with an onion-y flavor, but not overly sweet. 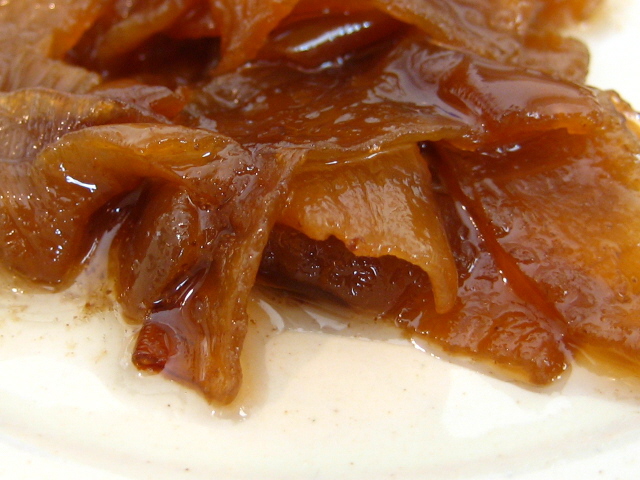 I’ve decided that for the next batch, I’ll fill the cooker, let it reduce for about 30 minutes, then add more onions. With about two to three hours of refills, the finished product will be the same, but will fill more than two pint jars that are going to disappear very quickly.