Easter dinner. For years, it has always been ham. Now, I’m as big a fan of pork as the next person, but sometimes you have to break out of the mold. I had intended to grill some filets for the fam, but came across some lovely ribeyes and decided to go with that instead.

Resting after a touch of seasoning. 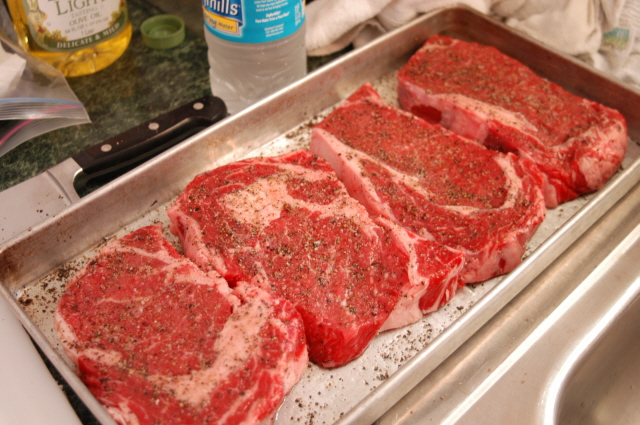 Closeup, just to get the drool going. 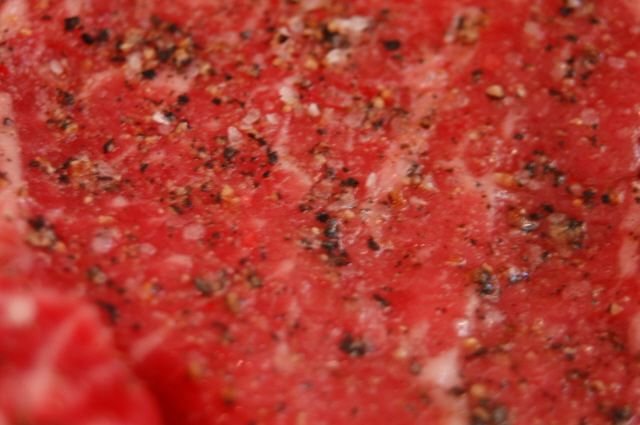 The steaks sizzled as they went on the hot grill. After the first flip, nice grill marks going. 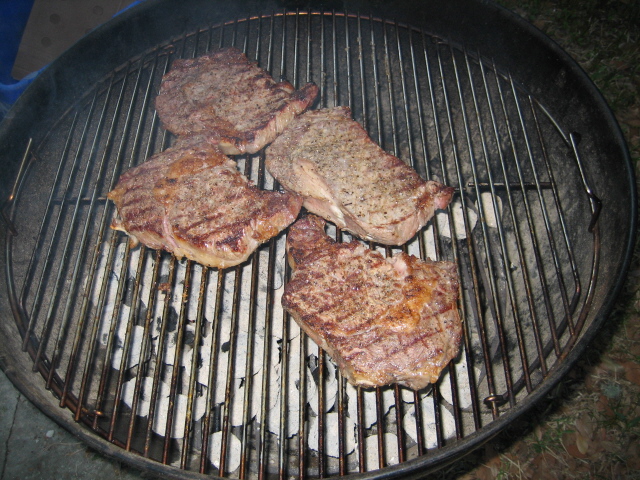 Not too many minutes later, ready to be served to the hungry guests. 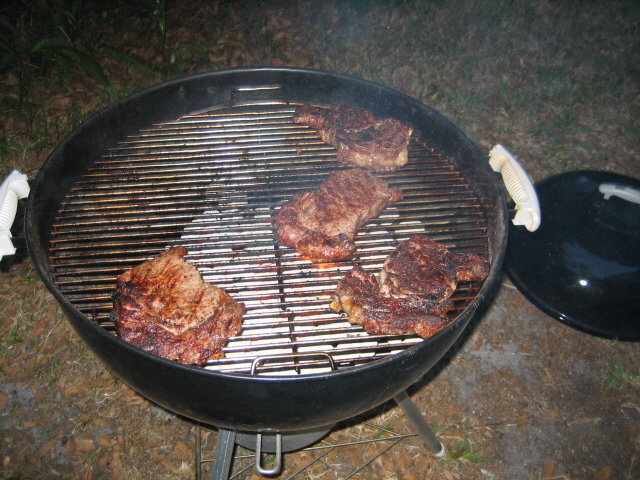 I even managed to get a shot of the first cut of one of the steaks, before it vanished. 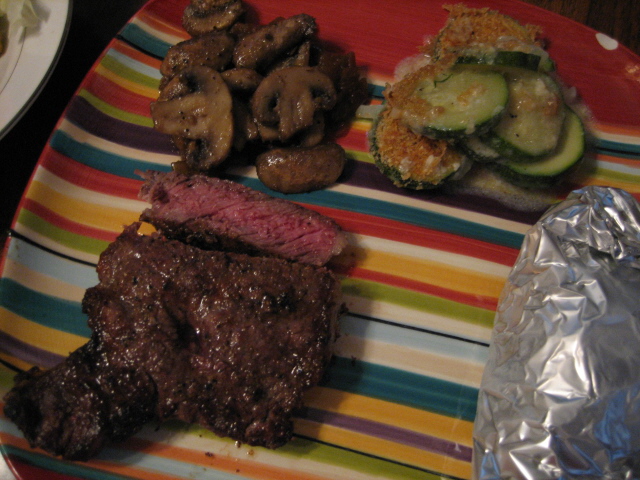 I wasn’t quite as lucky to get a shot of the zucchini gratin before they started digging in. Yes, gratin again. They love it. I even managed to eat a few slices of zucchini, yay! 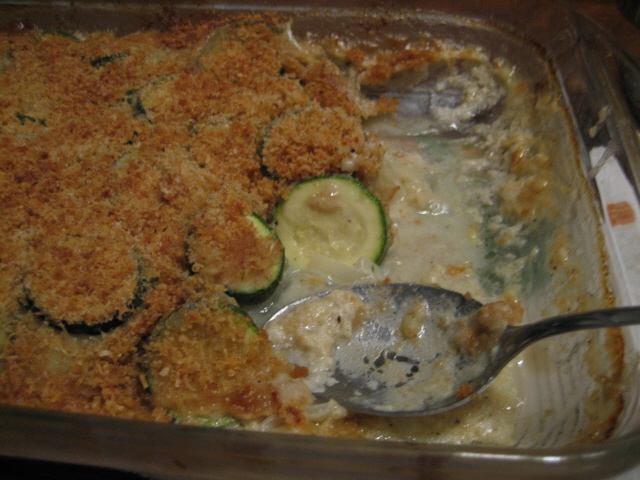 A fresh salad, baked potatoes, sauteed mushrooms, and onion confit rounded out the meal. A fine time was had by all. Now to plan the next menu – filets, for real this time – before someone heads out of town for a week to heed the siren call of work.