“Look out the window,” my mom shouted to me. I looked, saw nothing. “You won’t believe this!”

I was unable to figure out what in the world she was talking about – after all, my view out the window includes the pool area and some of the patio, and other than the heat waves radiating off everything, there was nothing extraordinary going on out there.

This fine young fellow was perched on the thin back of one of the chairs. 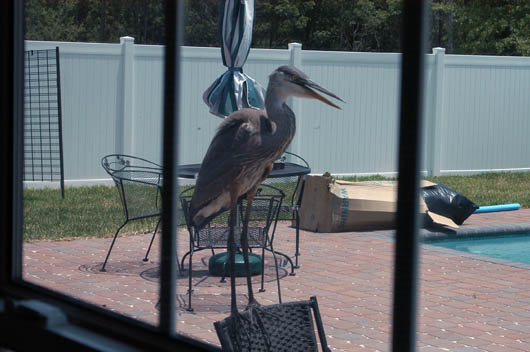 A juvenile great blue heron had somehow found his way to the pool area. As it was over a hundred degrees, and since (as we discovered) he was doing the bird equivalent of panting, we figured that he happened upon our body of water and shade and decided to stop in for a bit.

For a baby, he was awfully large. 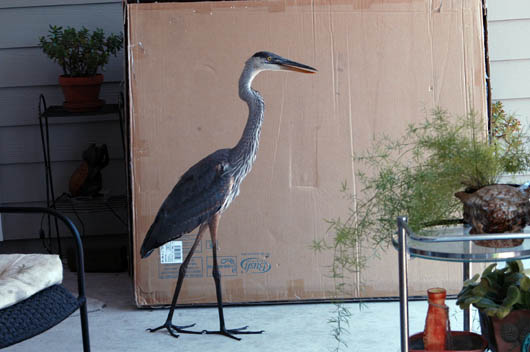 Yep, we were looking at you, guy. Or girl. Who can say? 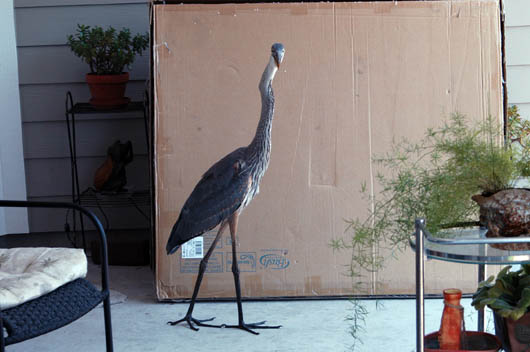 Its wingspan was huge. 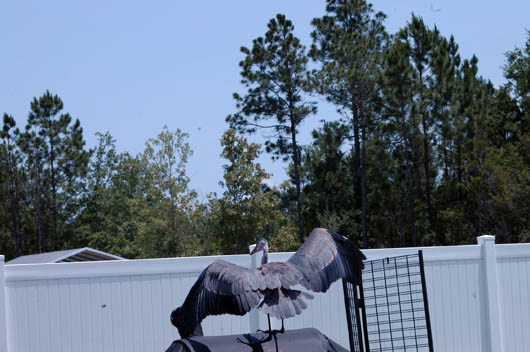 It stood on the big smoker for a minute or so, probably annoyed with me for stepping outside to take a gazillion photos. 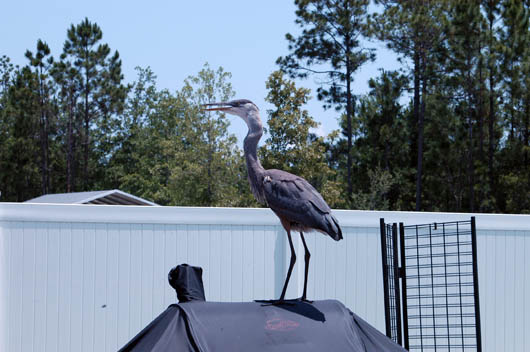 Moved to the fence, looking regal. 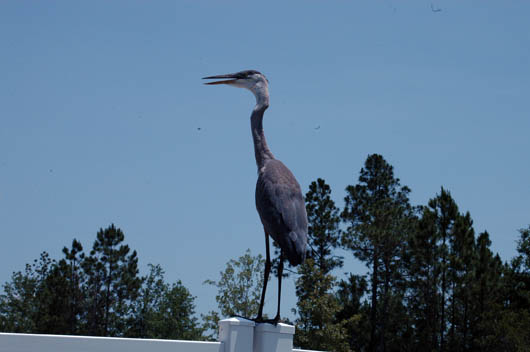 And took off for the neighbor’s yard. 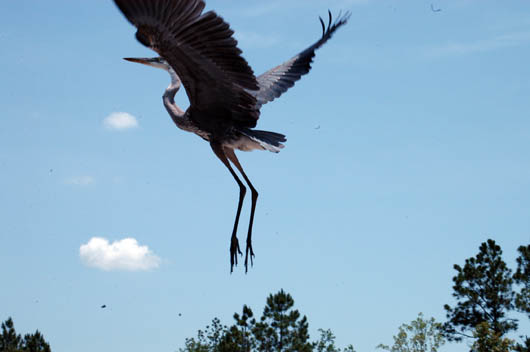 They were all out by their pool. NOw, I can imagine that having something like this swoop down from the sky might be a little startling at first. But if you live in the country, you should be used to random types of animals showing up on your doorstep. We watched them from the upstairs room, saw them freak out, then saw one of the kids start chasing the bird. Since the bird was about as large as she was, what she thought she’d do with it is a total mystery. What is not is that it was a stupid thing to do. So, the bird came back to us. 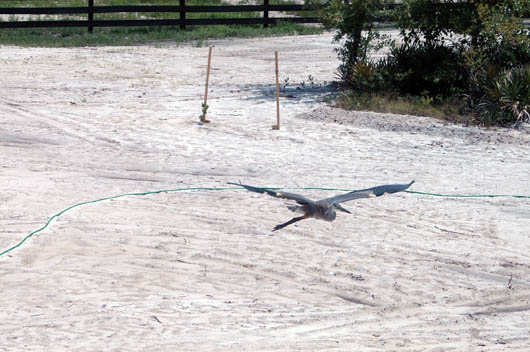 Hi. How the hell are ya? 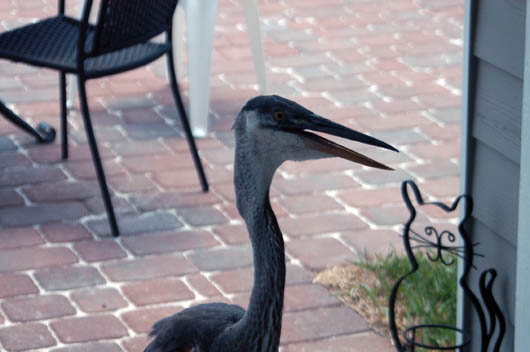 Care for a drink? 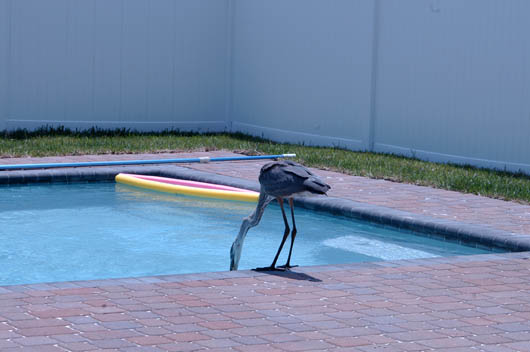 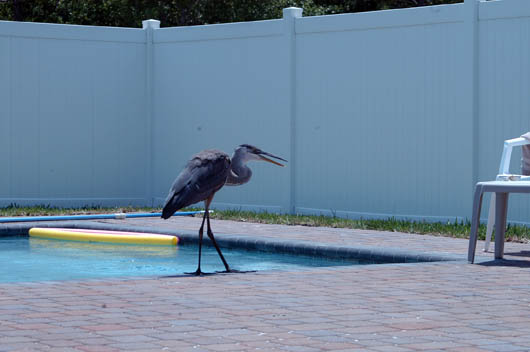 Back in the shade. 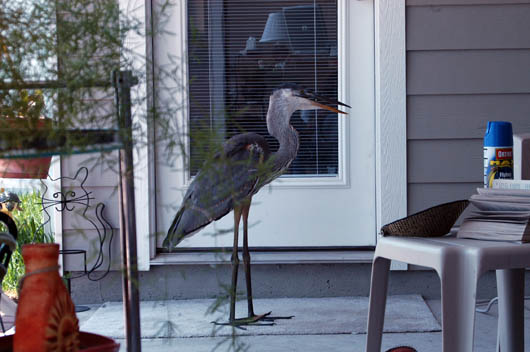 I had to shoo him away eventually. I didn’t really want a (wild) creature believing that our pool would be a fine place for him to take up residence, since we use that area and we have dogs. He flew away, and we’ve not seen him again since.

One thought on “Visitor to the estate”