How often do you get a headline like that?

We had actually received the worm can before receiving the worms. 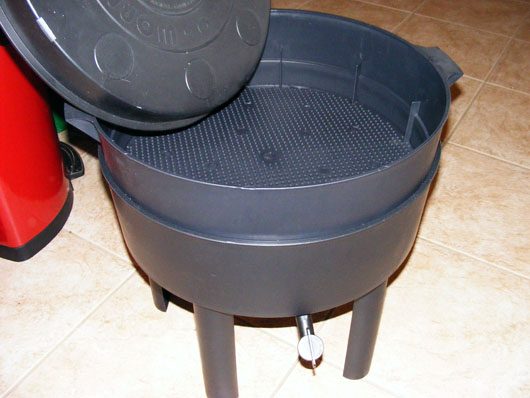 There are two more trays that go with this, to stack on top. This allows you to help the worms migrate up as they munch through whatever has been deposited in each tray. The spigot is to drain off the inevitable liquid that will accumulate: compost tea, not fit for direct human consumption unless you’re really brave and have no tastebuds. Lovely for plants, though.

The worms arrived via FedEx, and came with this helpful message. 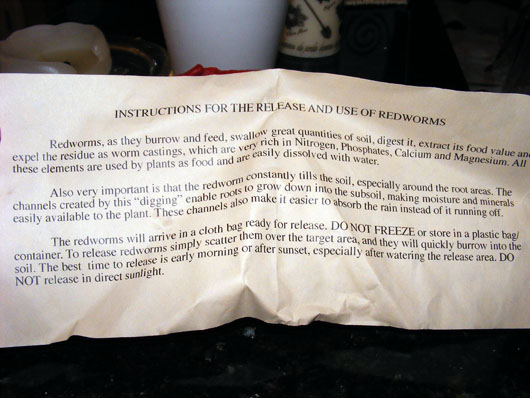 Make a note of that: don’t freeze your worms.

The bedding material for the wrigglers is made of coconut fiber. It comes in a block, with an image of the happiest worm you’ll ever see. 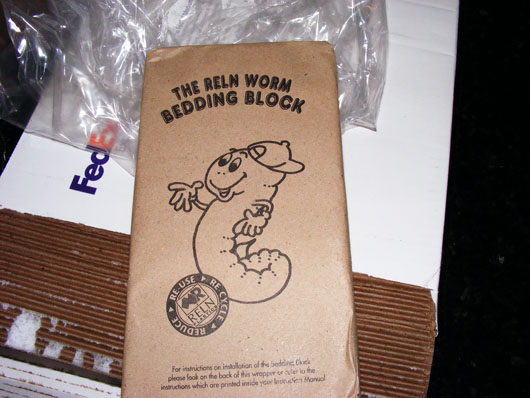 The block goes just as it is into a bucket of water. As it absorbs the water, it bursts out of the package and winds up looking a great deal like a bucket of poo. 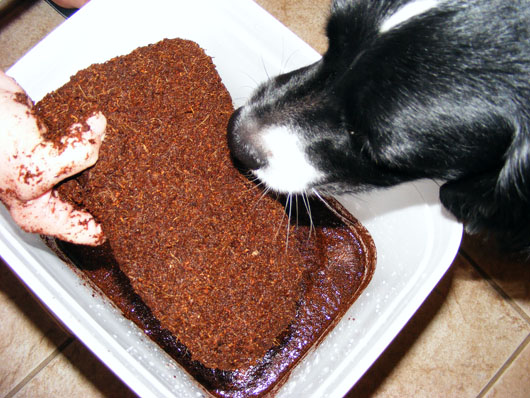 Once the bedding has soaked up most of the water and been broken up a bit, it still looks like a big bucket of poo. Fortunately, it doesn’t smell like one. 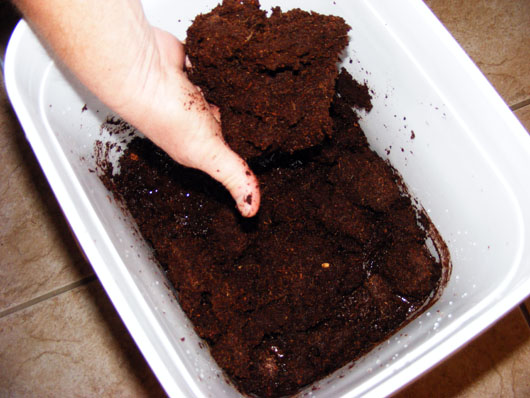 The bedding is spread into the bottom tray. 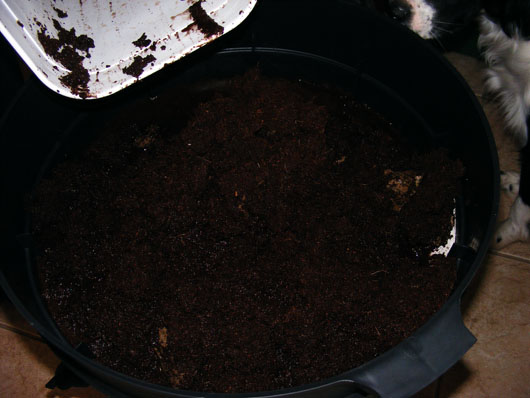 All that’s needed now is the worms. They came bagged like this, and I was wondering just who got to count out a thousand of the critters. 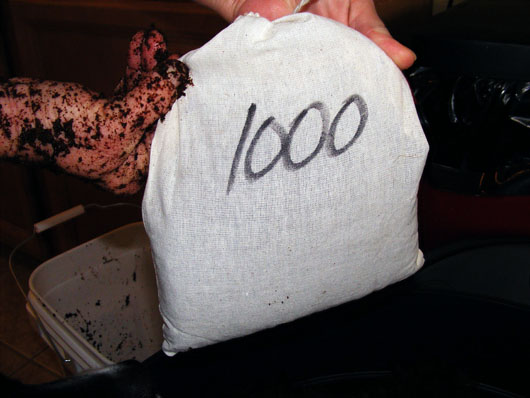 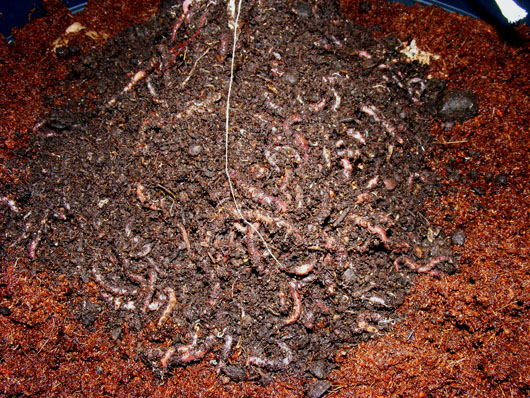 This lucky one was singled out for a closeup. 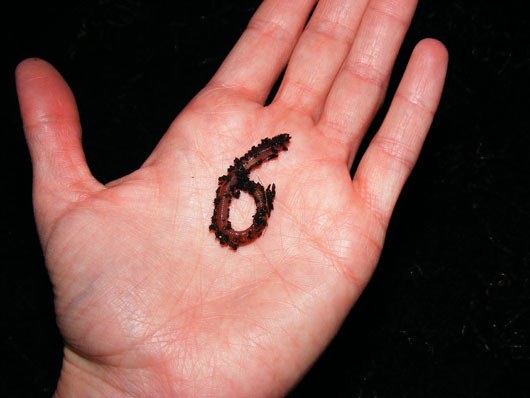 But they don’t seem to mind group shots. 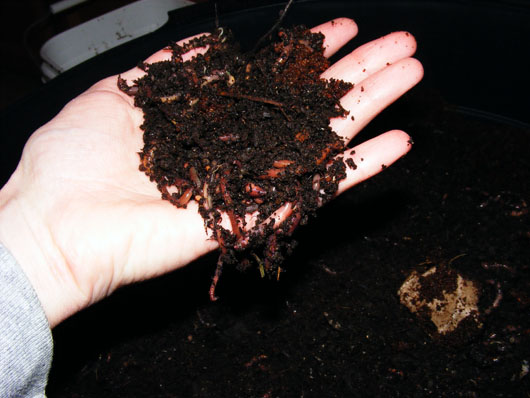 Eventually, they tired of the papparazzi and made their way down into the bedding, happy as clams. Er, worms. 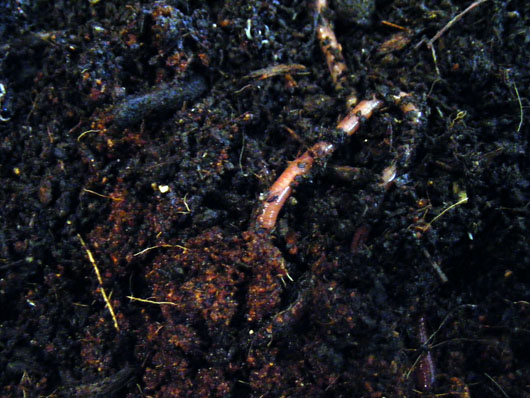 We’ve put some scraps in the can, to work out how much they’ll eat and how quickly, so we can gauge how much food they need and how productive they will be, in all senses of the word. These two had an early start on one aspect of that.