My cat is dying. 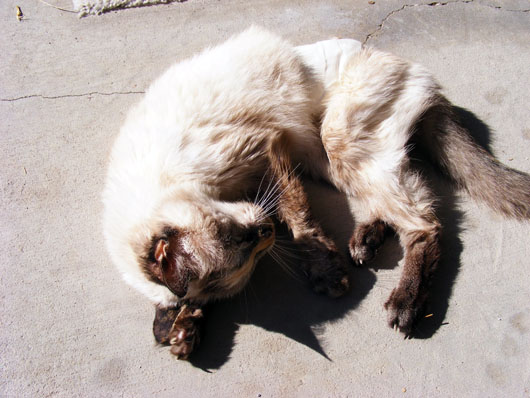 She’s been dying for awhile, of course, just as we all are at our own varying speeds. 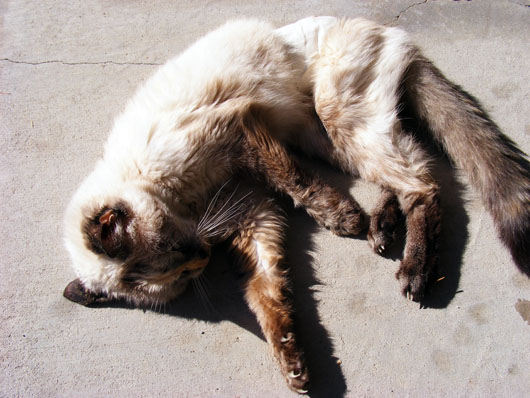 Her time is simply coming to an end sooner than that same end is coming for the rest of us. 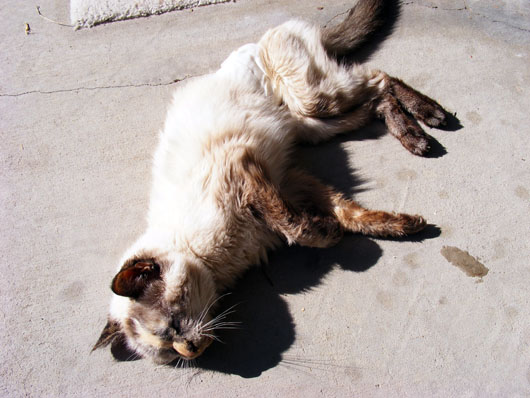 For now, she occasionally gets outside to sun her old bones, but mostly she sleeps. She eats a little here and there, drinks a bit from time to time, but not much and not a lot. She’s still affectionate, and her motor still runs harder and louder than you’d expect from such a small cat. 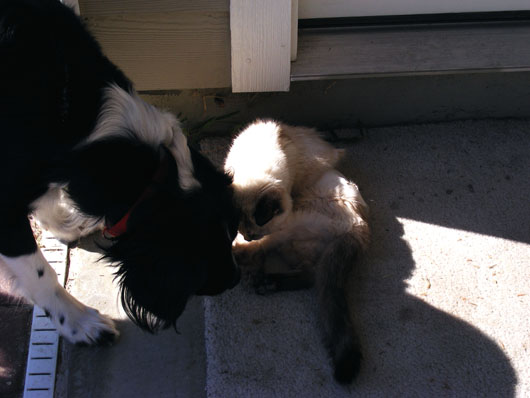 And she still has her buddies to keep her company until she’s finally ready to move on.