Gandalf – aka The Princess – died quite suddenly this afternoon. This was not entirely unexpected. We have been on death watch for months now, given her advancing years, the tumor we had removed from her belly some months ago, and her increasing skinniness. Today, though, mom found her on the garage floor, on her side, having tremendous difficulty breathing. It sounded like typical congestion for her, as she was prone to snotty noses and sneezing, but this time she was panting, mouth open, and one nostril was sealed with dried snot. This was all rather surprising, since yesterday she appeared, by all accounts, to be fine: ate, drank, yowled at the dogs when they got too close. Alas, as we were headed to the emergency vet clinic, she died in my lap – the only good thing about this, since if mom hadn’t gone into the garage at that time, she’d likely have died there, alone, and no one wants that.

She was ever vigilant, although not much of a hunter in her later years. 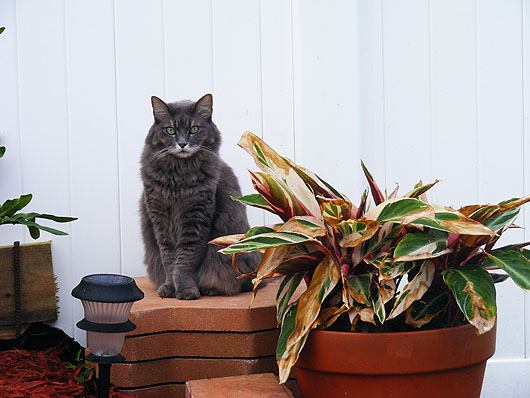 She was also a great help when I was working.

For some reason, she loved to be vacuumed. 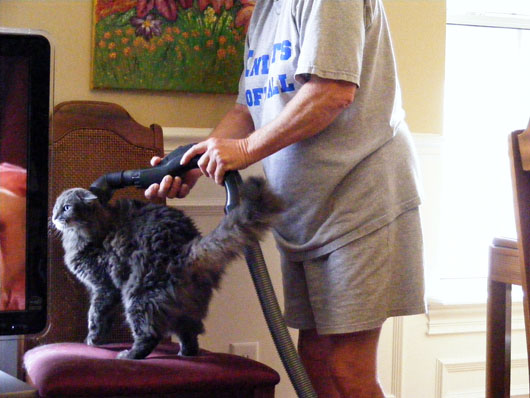 She knew the value of a nap in the sunlight. 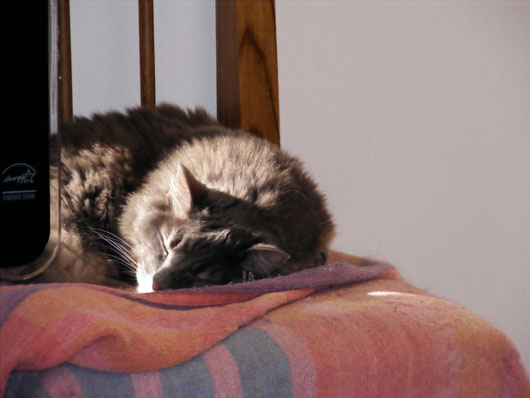 And mostly, she was my solid and constant companion for 18 years. Sleep well, Princess. 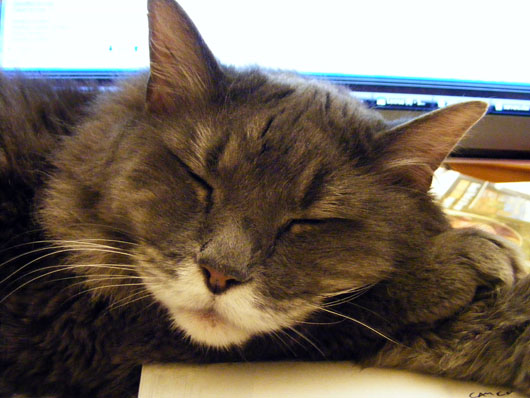