If you are a baker of breads, you know the art of waiting. If there is a preferment, you wait for that. First rise? Wait for that. Second rise? Wait. Proof? Wait. Bake? Wait.

This is not to say that all the waiting time is filled with a zen-like nothingness. There is cleanup after each step, generally, or the next step to prepare for, or something else to get started.

But there is something a bit different about the no-knead bread. Throw the dough together, and then let it go for hours and hours.

When I finally got around to rescuing the dough from the first (long) rise and then set it out for the second (shorter) rise, over 24 hours had passed since I’d put the dough together. After that short rise, it went into the oven for about an hour, and when removed to a cooling rack, the finished bread began crackling as it cooled, singing like garlic being sauteed in a pan and promising certain delicious things to come. 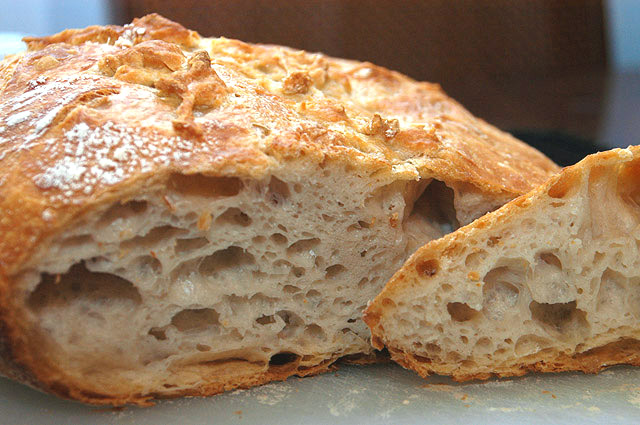 The crust absolutely cracked when I cut the first slice off the boule after it had cooled sufficiently. The crumb? Wide and airy. 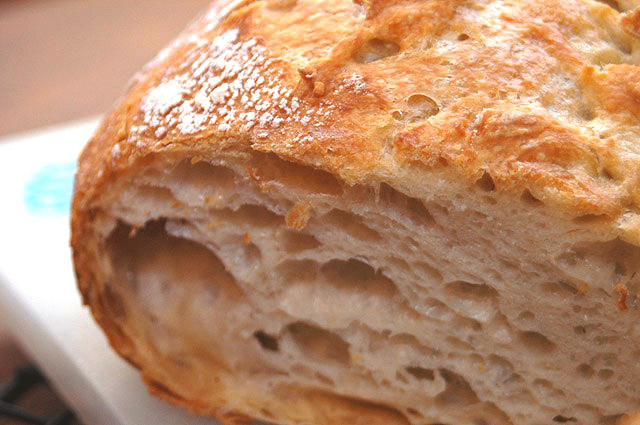 The taste? Somewhere between a traditional loaf and sourdough: not as tangy as a traditional sourdough, but moving in that direction given the long ferment. 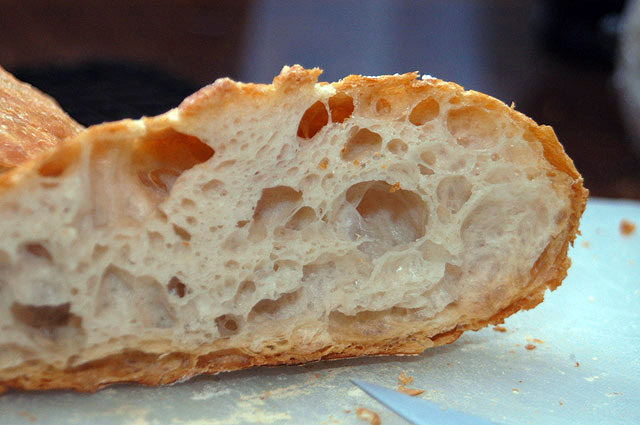 Will I make it again? Maybe. There is something to be said for leaving things alone from time to time. 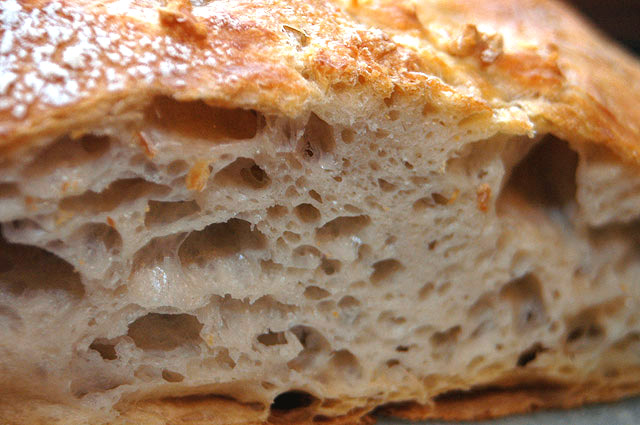 The bread, as it happens, is perfect for soup. While Friday’s menu has been set (and more on that in a bit), Thursday was for soup: cream of butternut squash and apple soup.

It is – as most soups are – simple to prepare. This particular soup has a very short list of ingredients. 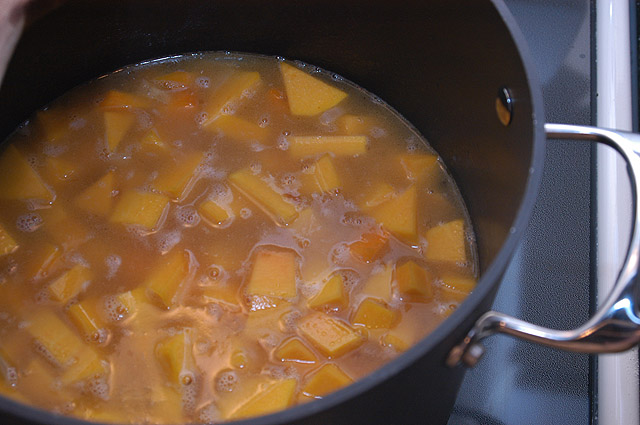 I think, though, that I’m not entirely satisfied with this one. The taste is good, but it could use a more defined squash flavor. The next experimental batch will be with roasted squash instead, perhaps drizzled with a touch of maple syrup. 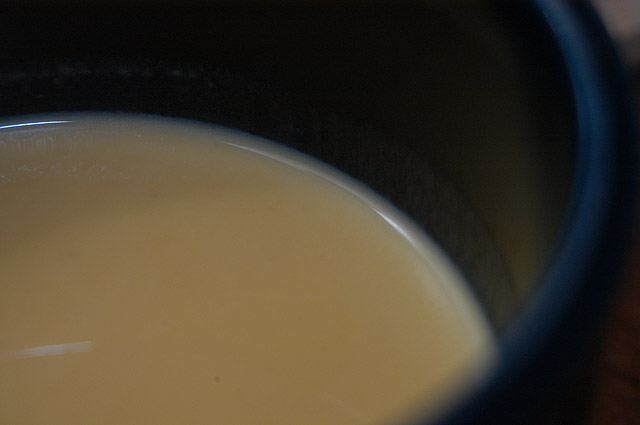 We still ate it, of course. Even the not-as-good-as-I-want stuff is not terribly bad.

Here’s a gratuitous dog picture: Newton has a habit of sleeping while leaning up against things. It doesn’t seem to matter what those things are. Tables, pots, people. Anything will do. 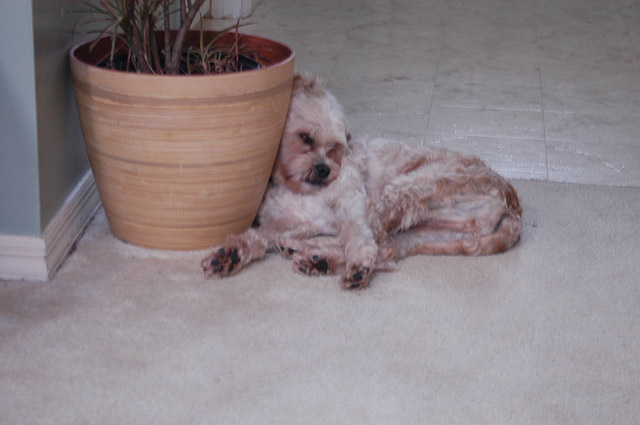 My mom likes the entire thing. My brother thinks tarragon is not good, but will eat whatever I make – and he asked me if I could duplicate Campbell’s chicken corn chowder. My sister, of course, is a vegetarian and will only eat the last two items – and she asked me to duplicate the sauce used by a restaurant on a particular dish so she could use it on her tofu.

It’s like working in a restaurant sometimes. Fussy diners.

One thought on “The art of waiting”