So, we survived the penultimate holiday without too much trouble. Although I always responded “Nothing.” to the questions my family posed to me about what I wanted for the holiday, they ignored me and gave me some gifts that are not-so-subtle reminders to get myself back in the kitchen and get cooking. As the lack of pictures show very well, I have not been cooking much of late, and the people around me are complaining that they’re getting fat because of that, since takeout is usually the order of the day. Yet another failure to mark on my board, alas.

Both of my sisters, when they were younger, went through a vegetarian phase. They both broke out of it eventually – not that I have anything against vegetarians, mind you – and returned to their meat-eating ways. One sister, however, has decided to revert to being a quasi-vegetarian, and has been eating seafood but not meat. Last night, she also decided to forego eating seafood, which made the fish I cooked last night offlimits for her, something I did not know when I picked up the filets at the store, buying them because I knew – or thought I knew – that she would eat fish. That’ll teach me.

The fish was unremarkable, and simply prepared, with a bit of butter, lemon juice, salt, pepper, and dill. I also put on some brown rice, the remainder of which will be turned into arancini as a weird experiment, and made some maple-cornmeal biscuits (the drop kind, not the cut kind). The biscuits were quite good, I must say, especially if you like cornbread. 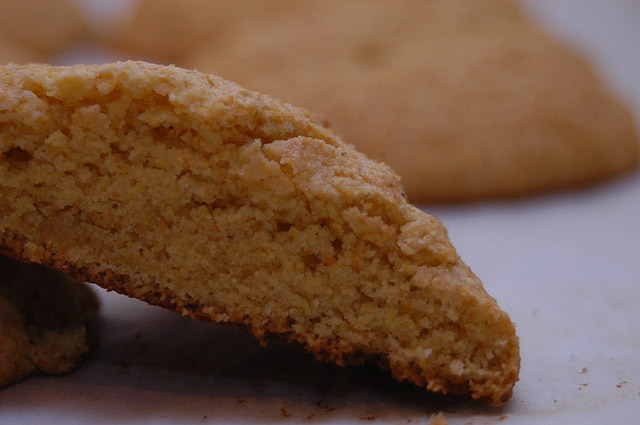 What else is going on?

The tomatoes, which had sprouted nicely, are going nowhere. I think I need a better heating situation for them, ditto for the zucchini, and I’ll be restarting both. The carrots, lettuce, and herbs are doing very well, and the broccoli, collards, and peas are going nuts – we have some pods appearing on the pea vines, and a couple of heads of broccoli forming in addition to all the leaves of the collards. I’m trying to get back into the mood for cooking, but since very little tastes as it should for some reason, eating and cooking are difficult. That’s even more complicated by the fact that everyone around here has varying schedules, particular food tastes, all want to lose weight, and one is a vegetarian. If I could convince them to let me take measurements, weights, and pictures of them, then devise menus and exercise routines, that would probably be a good project to occupy my time (and turn into a book!), but I doubt that will be happening. And I’ll finally be getting the tube removed in late January or early February, as well as probably continuing with PET scans every three months since the activity around the tumor site just will not go away.