Some days are just meant for cooking. Not necessarily for a crowd of people, but just in general. And some days are meant to restock the fridge, the freezer, and the pantry. Some days are fit for both. Today was one of those days.

Since I had to be at the NOC to change a drive, reconfigure a couple of servers, and look at the space for the new buildout for our expansion, I headed over to Costco for a few things. What I was after specifically was sugar, paper towels, and ground beef. Those things I did get. I also replenished our limes, lemons, romaine, spare ribs, laundry stuff, chicken, tomato paste, and paper plates/bowls. Mother Nature decided to try and make up for two and a half weeks of no rain all in one day (she failed), leaving some people with temporary memory loss about that most important function: driving. I managed to make it home without getting run off the road by a white-knuckled driver and then turned around and headed back out to Publix for the remainder of things I needed: celery, carrots, onion, leeks (for stock), tomatoes, tea bags, ground pork and veal, avocados, butternut squash, and bananas. Not a bad haul for two brief trips. All the ground stuff will be going to make meatballs, of course.

In between bouts of working, I worked on this, for stock. 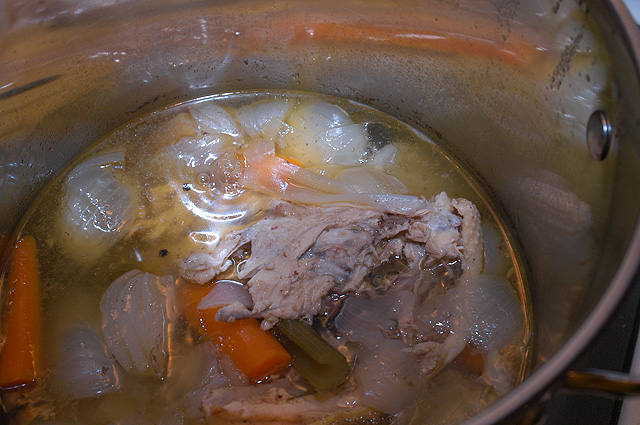 And this, for ice cream. 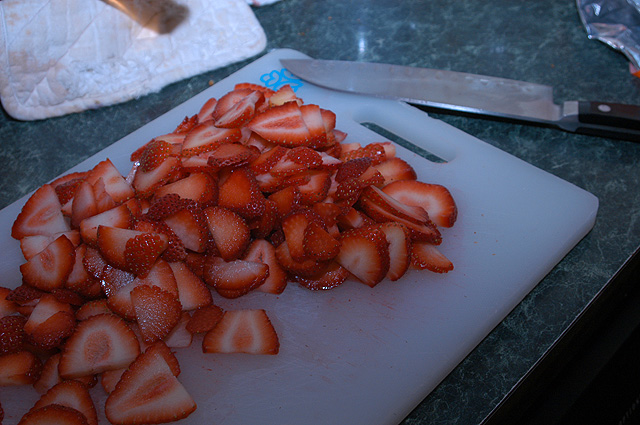 And dough for two loaves of bread, which is now on the first rise.

Tomorrow will be mixing and shaping meatballs and experimenting with a pasta sauce. And trying out a maple-oatmeal bread along with a baguette since my mom thoughtfully found my baguette pans. And perhaps taking a quick trip to the farmer’s market for cukes for pickling. And working the real job, of course, as always.

Oh, and I picked up a starter brewing kit today, because I’m just a sucker. There is actually a place right here in town – and not too far from my house – that has kits, supplies, yeast, bottles, and anything else you’d need to brew your own beer or make your own wine. It should be fun. Just in time for football season!

An idle thought I had the other day while driving past a gas station converted into a sandwich shop: how do these people come up with the funds to open these places? While I was kneading the bread, I thought it wouldn’t be a bad idea to sell it, really. I do think it would be quite a good thing to be able to make money at another thing I enjoy doing, just as I do now in the geek arena. I told a friend today as we were talking that I’d rather cook than sleep, and this is entirely true.