That’s what you do with geeks who are low on the totem pole. Those of us who worked back in the day for a very, very large, and very, very well known  ISP but managed to escape know this well.

Know what else you keep in the dark and feed (pasteurized, inoculated) crap? That’s right. 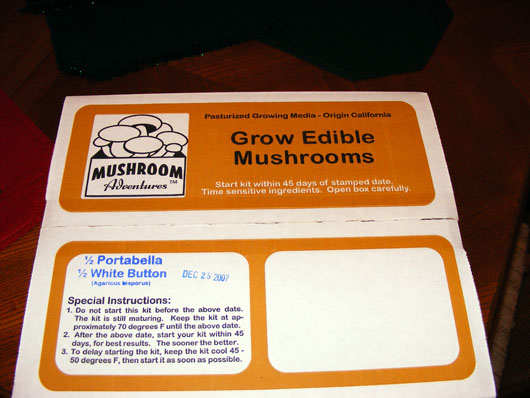 One of my gifts for the holiday. The instructions there say not to open the kit prior to the date on the box. That was the 25th, as is happened, the very day it was given to me. Handy. 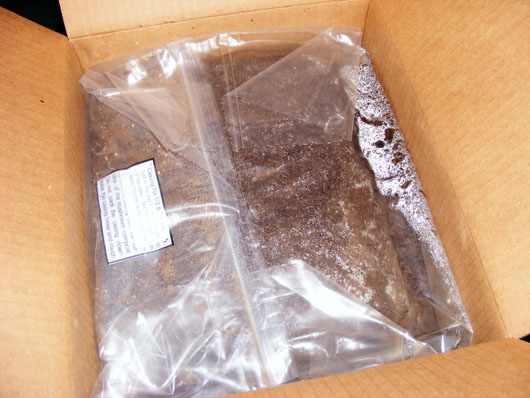 Not much to look at, is it? I’d always thought it would be cool to grow our own mushrooms. We probably go through more of them than the average family, and being able to harvest them when we want or as we need always seemed rather nifty. 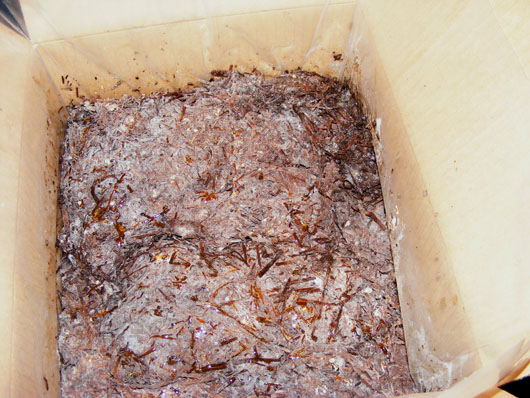 This is the base, which was moist and looked a bit like what you’d find in the bottom of a rabbit cage. But my friends, it smelled rich and loamy, the way I dream the soil outside for my gardening areas would smell were it something other than what mostly resembles beach sand. 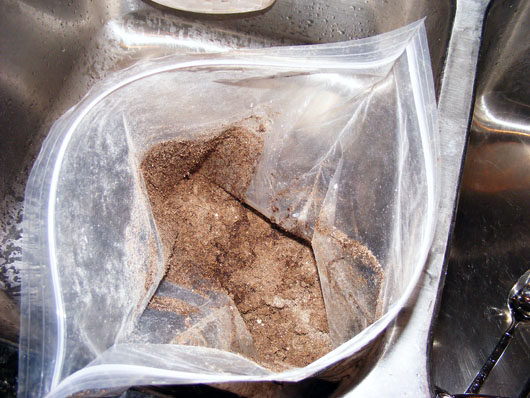 On top of the base, in a separate package, was a bag of dry peat. The instructions said to pour a specific amount of water into this, mix it, and let it sit. So I did, for once, follow the instructions. 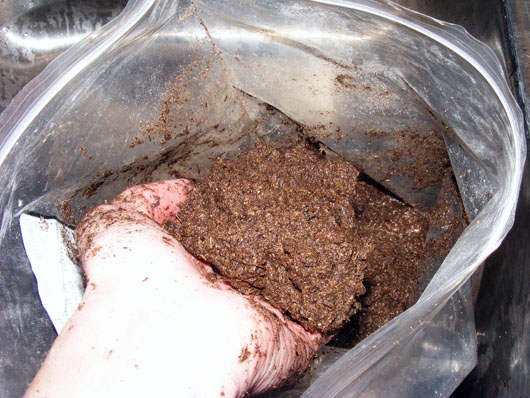 After allowing it to sit, then mixing it up well by hand, I had another batch of moist, rich material. Finally, the instructions said to spread this new  moist material on the base, and then give it a little raking with a fork. 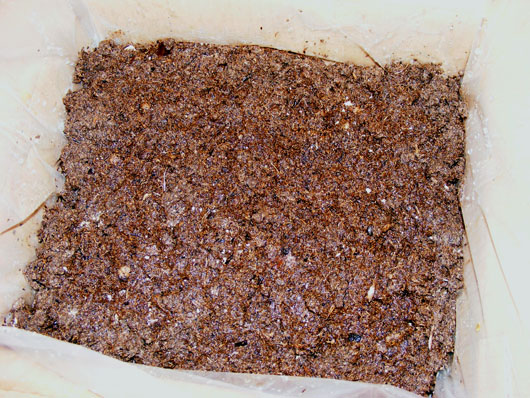 The raking roughs up the surface so the mushrooms can take hold – akin to the way a patch of ground needs to be prepared for grass seed, really.

After doing all this, the box, as is, goes into a cool, dark place. After a week or so, the mushrooms are supposed to begin germinating, and after a few weeks, they should be large mature enough to harvest. Do we have any germinating mushrooms in my closet, ready to burst out and consume the populations of small towns?