Saturday night, my uncle said he’d never appeared on the blog. I told him he’d be first up with the next update. Here he is, hanging out by the ribs. 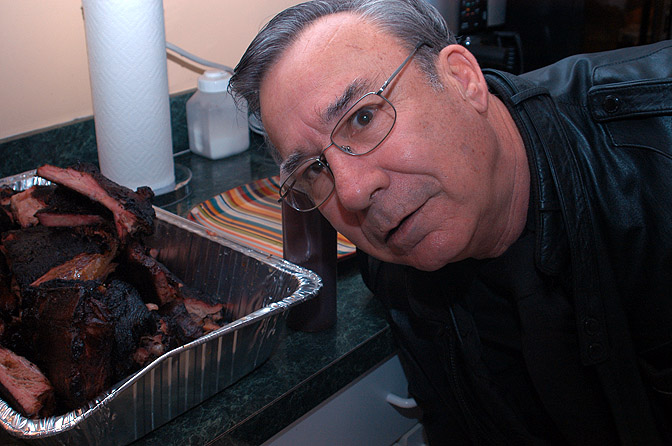 But we’re getting ahead of ourselves here.

The Boy turned 21 the other day. When he was growing up, we thought he might never make it that far.

Since it was his birthday, he got to request the dinner menu. Kebabs, he said, and some corn to go with it. We went with that. 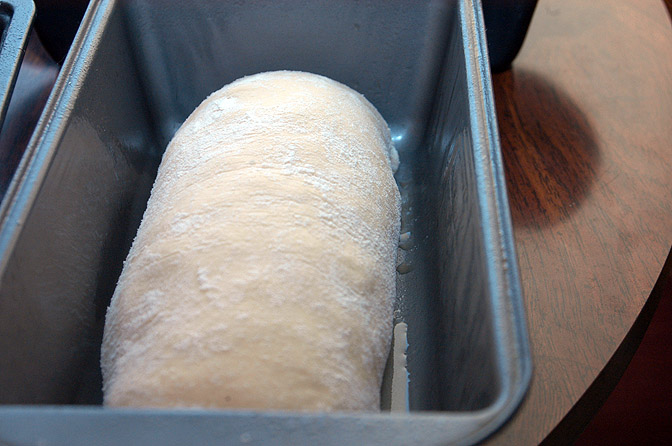 Much better than the last time. 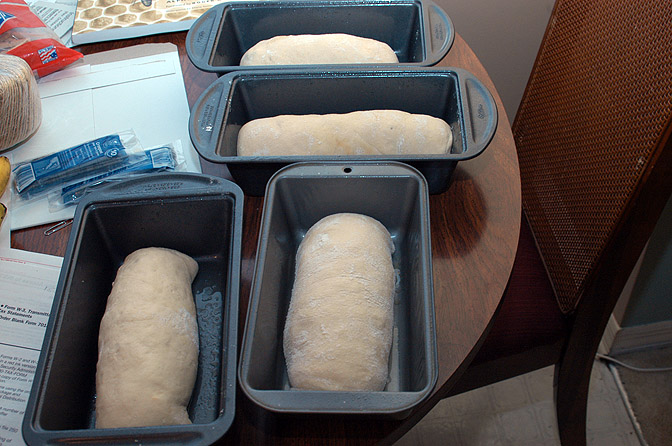 All four loaves went into the oven, and came out about an hour later, nicely browned and with the hollow thunk that means they’re ready. 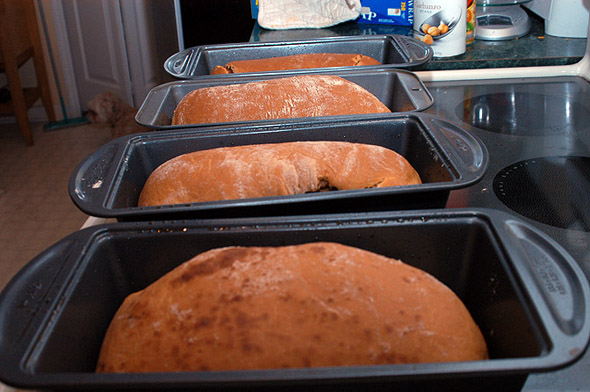 Very pretty. I could pick around the raisins and try the bread, but that seems like a lot of work (and bread’s a hard food for me to eat anyway), so I’ve yet to actually taste the bread. 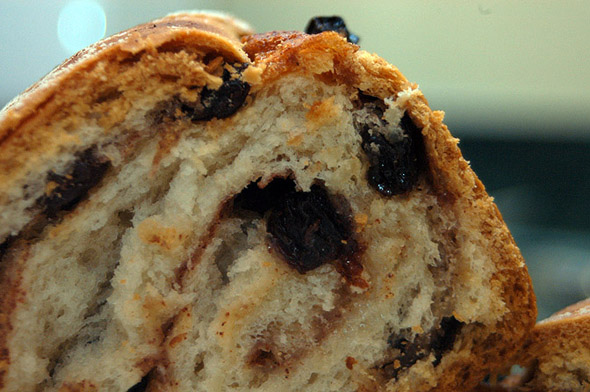 That evening, we had the kebabs. The original plan was to grill them, but Mother Nature decided to give us some winter rain, so they went under the broiler instead. They turned out well. 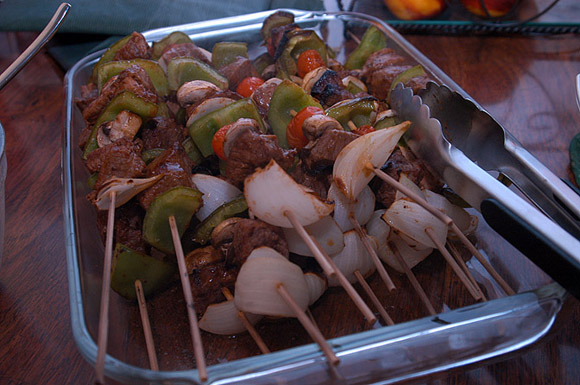 My aunt also had a birthday this week. Her party – her 29th birthday! – was Saturday. 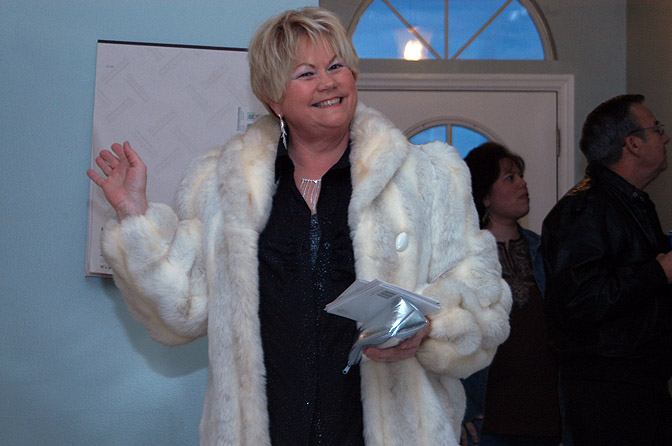 Way back at the 4th of July party at her house, she’d suggested ribs and shrimp for the party. Since this party was going to be fairly large, we picked up 27 pounds of ribs – six slabs. I brined those for about ten hours, then rubbed them about an hour before putting them on the smoker. Four and a half hours later, the ribs were juicy, smoky, and ready for gnawing. 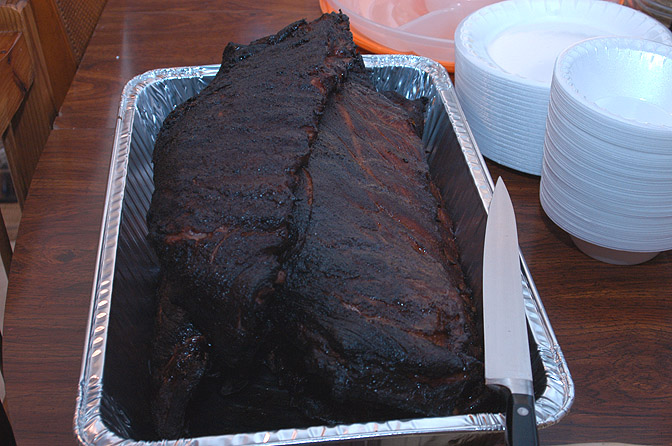 I carved them into manageable pieces, put out a bottle of homemade barbeque sauce that I’d made the night before… 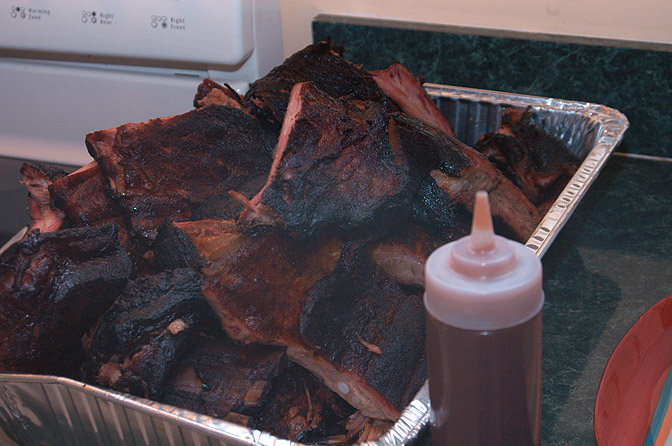 …and we were set. 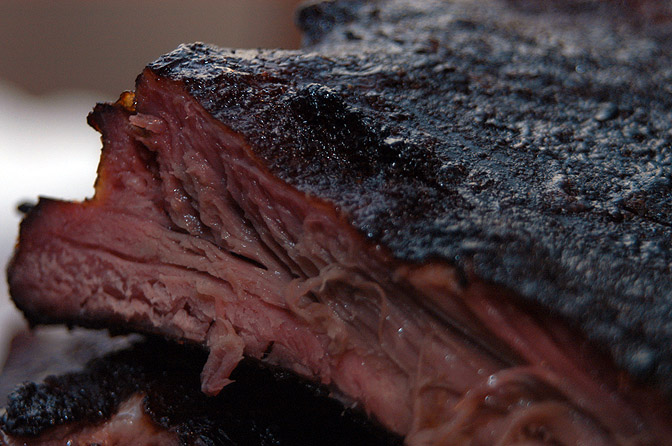 There is more to life than smoked ribs, hard as that is to believe. We also had a broccoli gratin. 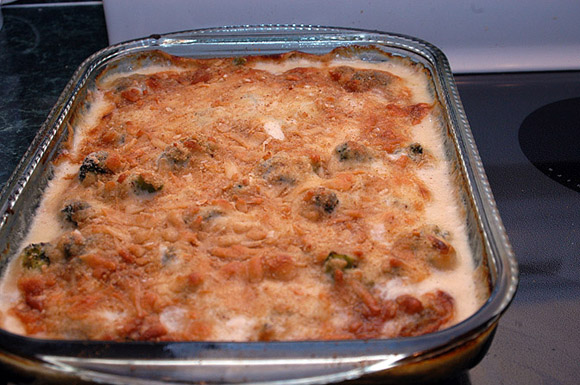 Cole slaw, scratch from the vegetables to the dressing. 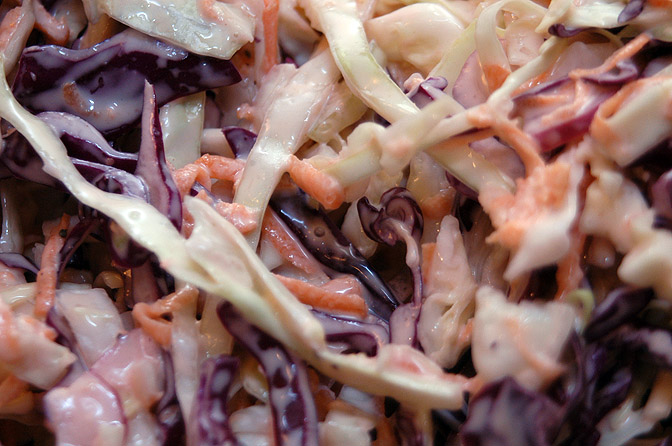 We also had shrimp and various munchies. I’d also made a chickpea salad and hummus, and at the last minute decided to make some bread and butter pickles, which you can see peeking in at the bottom. 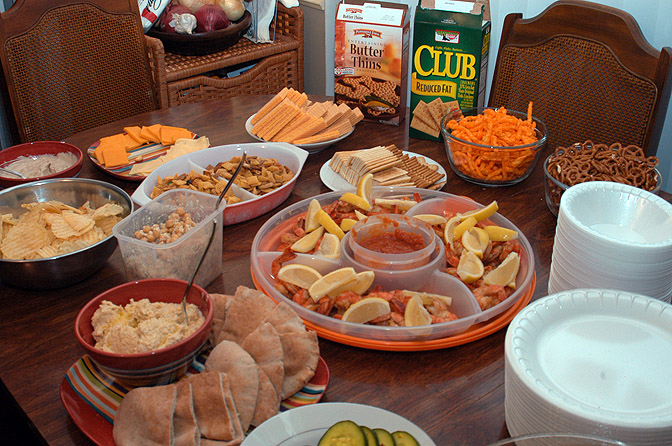 The slaw, assorted crudites with fresh dip, and nuts to snack on. 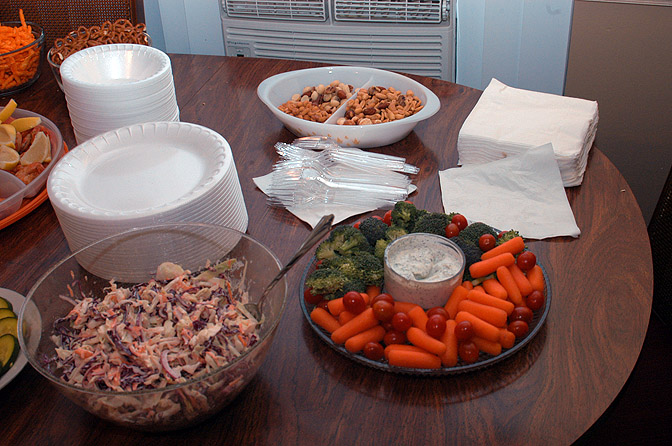 No birthday is complete without a cake – carrot cake, requested by my aunt and made by my mom. 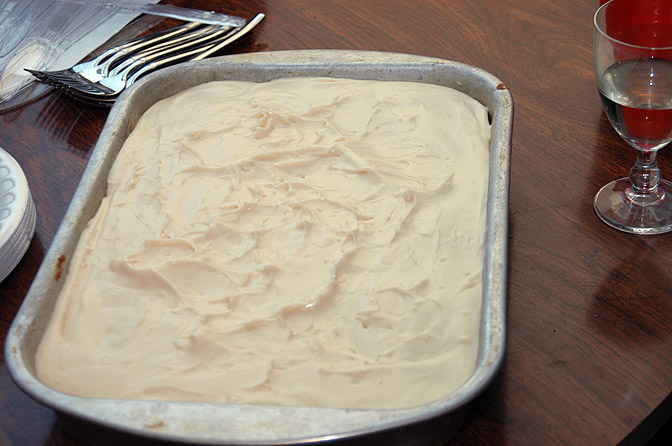 And no birthday cake is complete without candles… 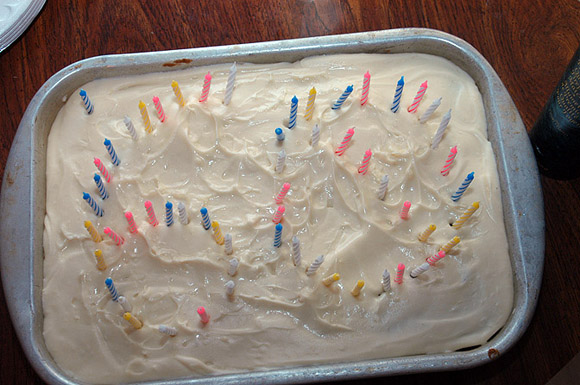 …which then have to be lit. 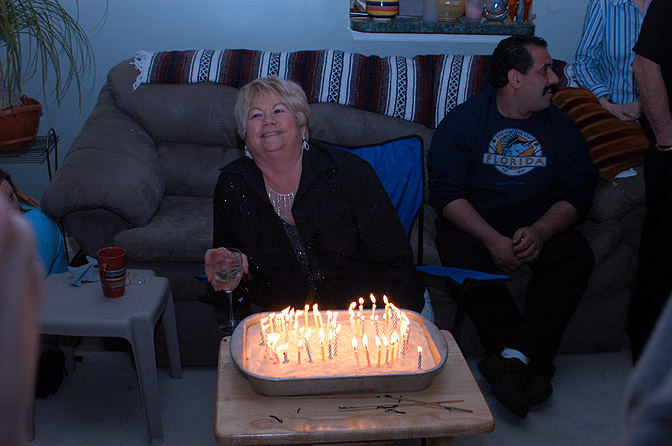 Eventually, the fire is put out. 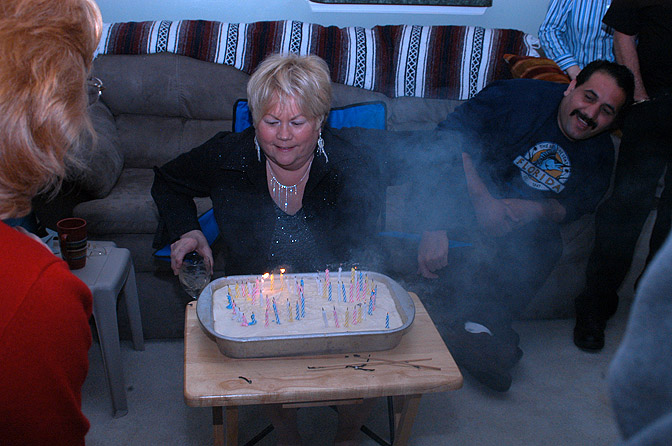 And then, it’s time for the goodies. This is just a sampling. 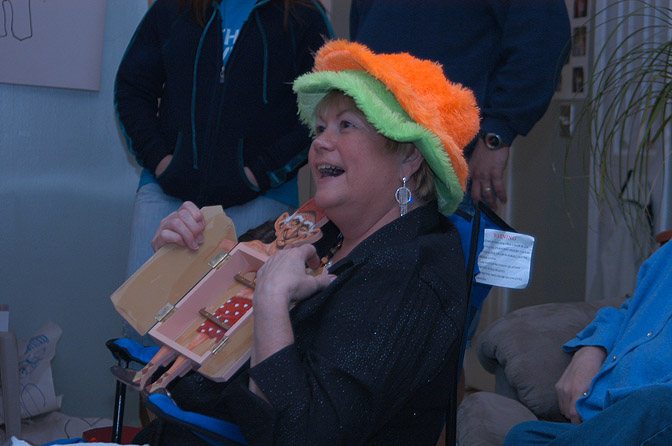 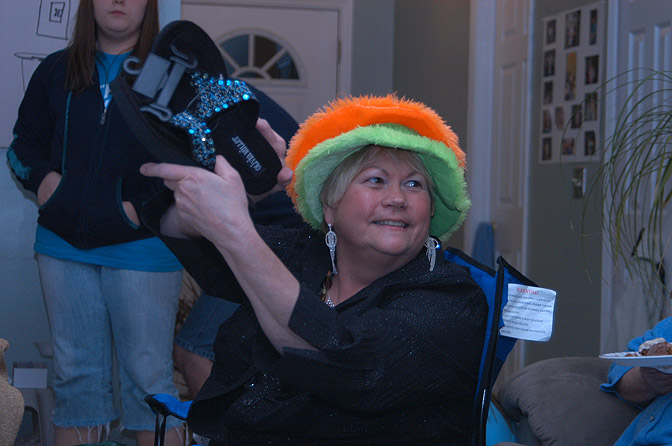 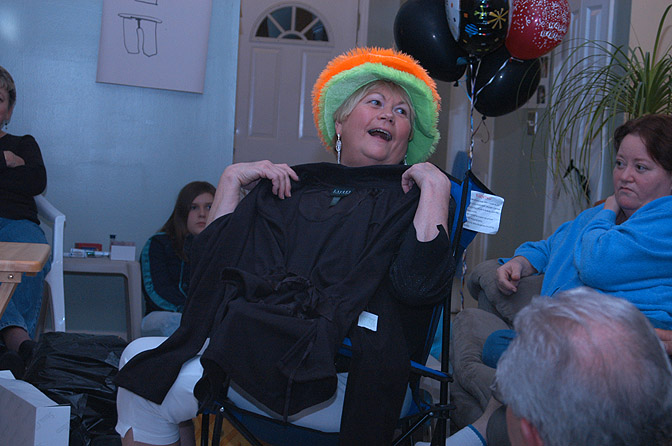 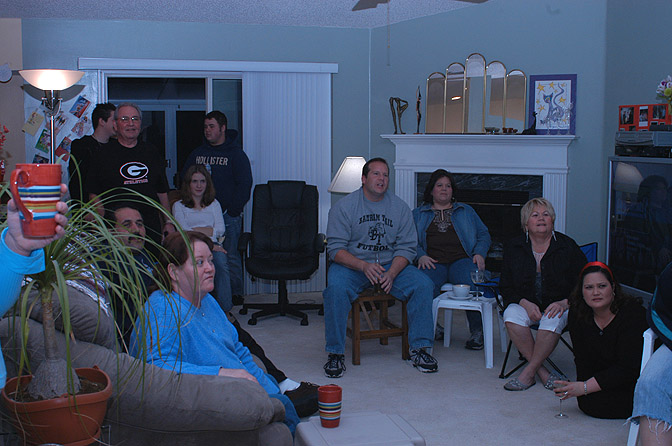 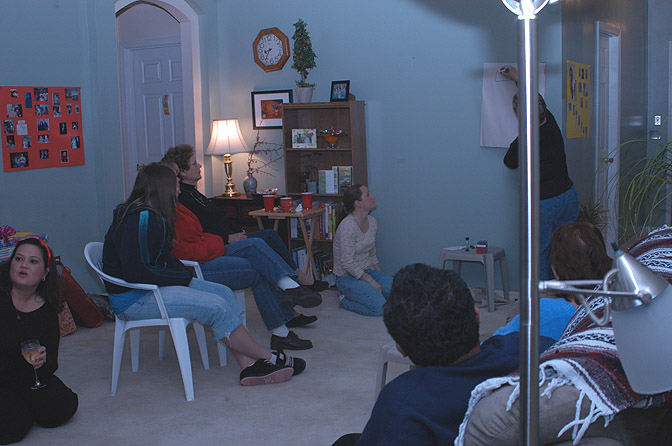 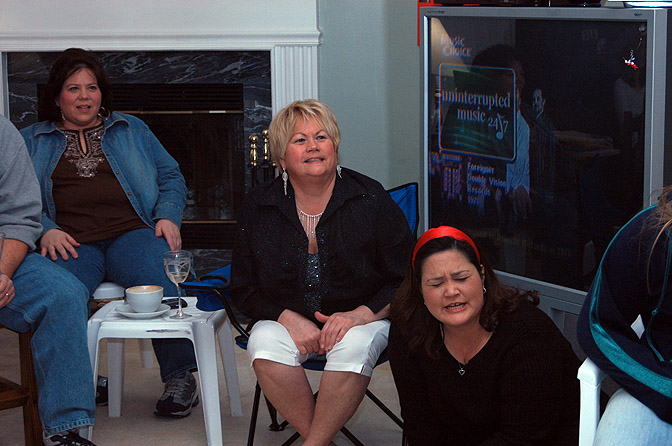 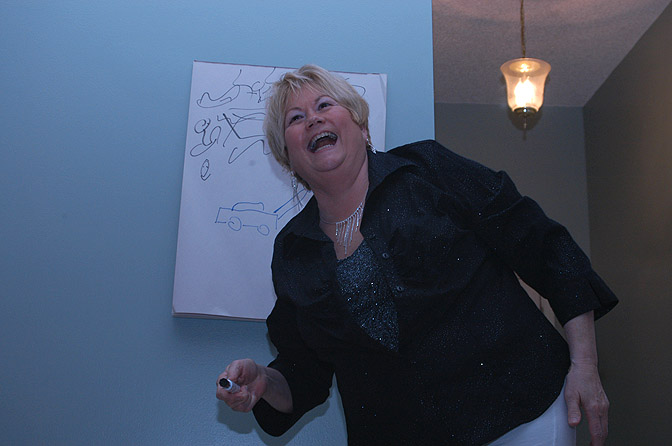 A lot of people showed up for this fiesta.