There are some days when you’re just convinced that the world is full of asshats. The worst is when one of those people manage to fuck up your evening by being total douchebags. I know I shouldn’t take it personally, but some days it gets to me more than others – when all the cosmic shit going on happens to align just so.

Today did not start as one of those days, but it surely did wind up being one. I still cooked, though.

After putting together the dough for the doughnuts – and more about that fiasco later – I started prepping everything that could be done before the time for dinner actually arrived. One of those things was the assembly of the shrimp cocktails. 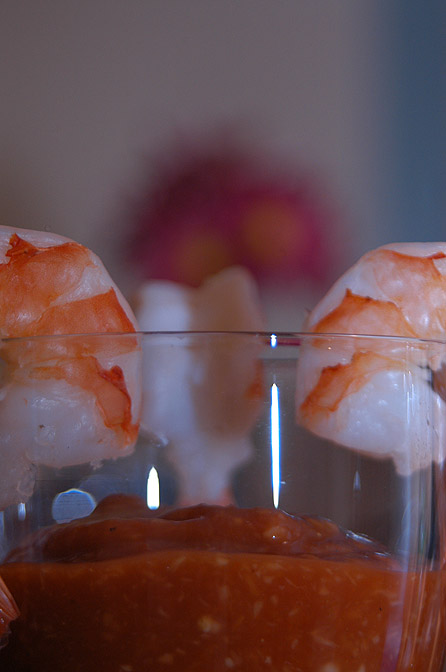 I also boiled some shrimp with Old Bay and set aside some to marinate. The latter were sauteed as we were sitting down. Much of cooking for a crowd means getting everything to the table at the same time. This is no easy task if you’re an idiot and completely forget about the asparagus, thus holding everything else and thus letting people start in on the shrimp before everything is ready. But since that was minor and asparagus doesn’t take all that long to cook (nor did the sauce), it wasn’t too bad. 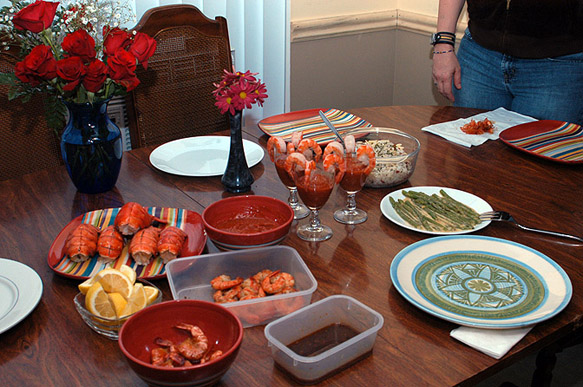 After everyone had eaten all of the food – a bit of the rice was all that was left – it was time for doughnuts. The first batch of dough sucked and I tossed it in the trash, where one of the dogs prompty stuck his snoot in and grabbed a piece, swallowing it down before I could get a word out. Fortunately, while I was kneading the first batch, I realized that it would indeed suck and that a backup batch was in order. I had run out to the store to pick up a couple of things, and picked up some fresh flour as well. It made a world of difference. I knew the flour I’ve been bitching about since we got it was to blame for the bready misfortunes I had been encountering.

The dough had gone through the first rise, was rolled out, and went through the second rise. 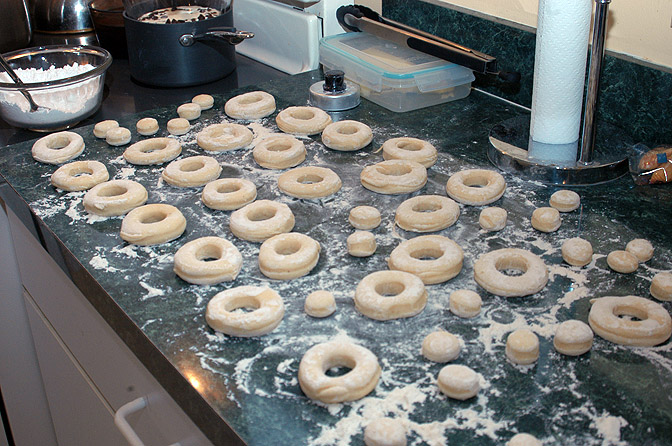 While they were resting, I put together the glaze, the ganache, and got the oil heated. Now, most places say 350 for the oil, but I’m convinced that a slightly lower temperature is in order, especially seeing how brown some of the pieces got while frying compared to the lighter, doughnutty color we’re all used to when the oil had cooled a bit. Not that it mattered all that much, since it’s hard not to like fried dough. The Boy handled the glazing duties. 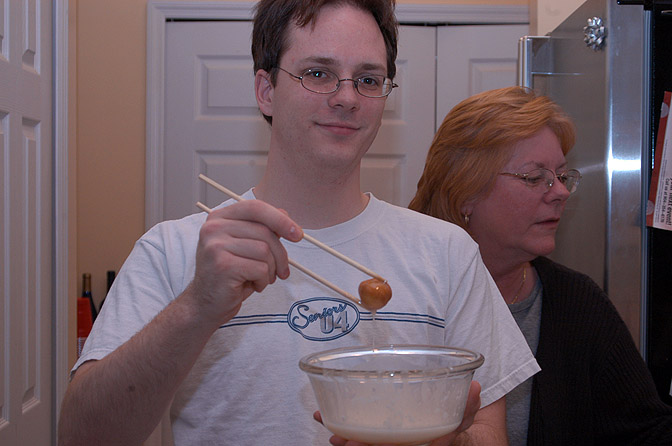 Other people volunteered to handle the sampling duties. Sometimes they go a little crazy while doing that very dangerous, thankless job. 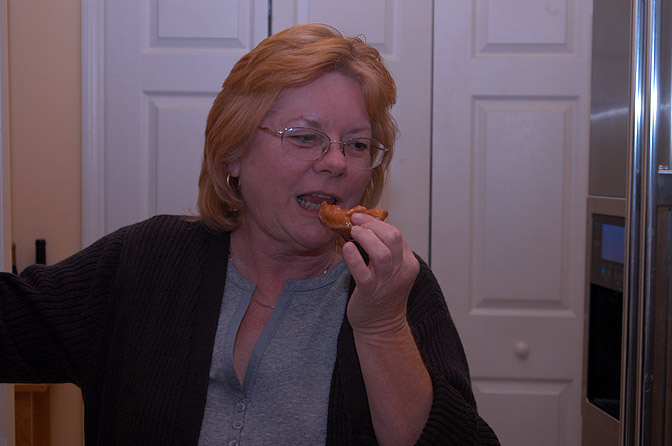 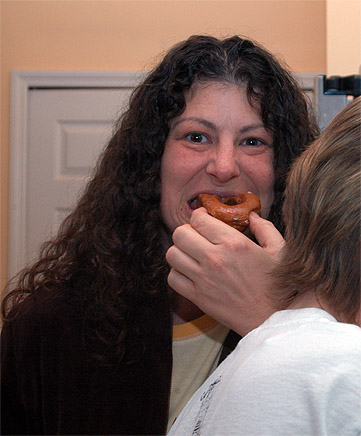 Some had to wait a little longer for their tastes, relying on other species with opposable thumbs to bestow their samples. 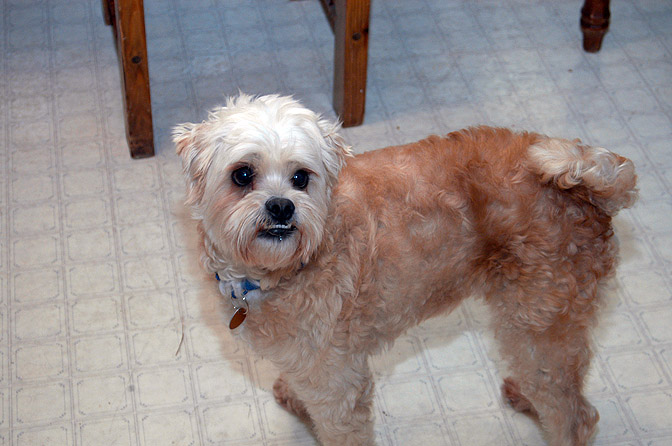 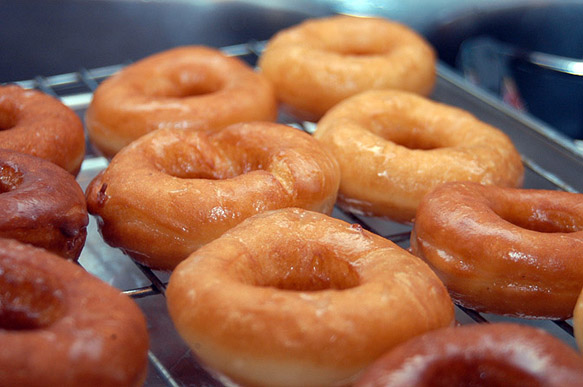 The scraps from the first cutting I kneaded back together, then rolled out and formed into crullers, churros, and vague blobs of doughy things. 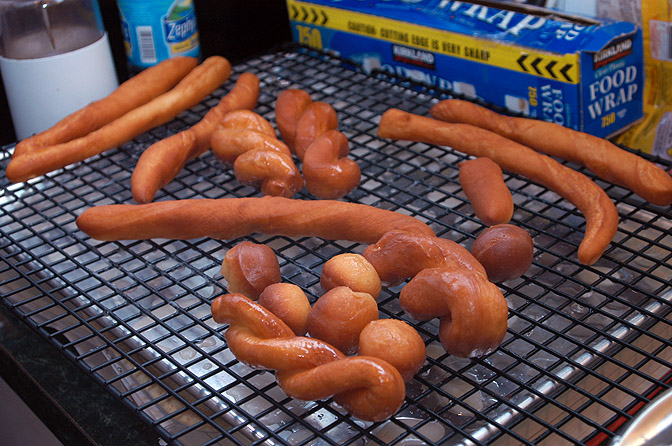 I think people were happy. 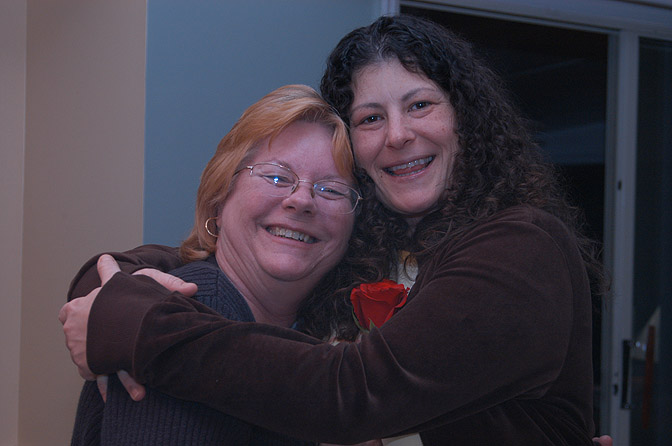 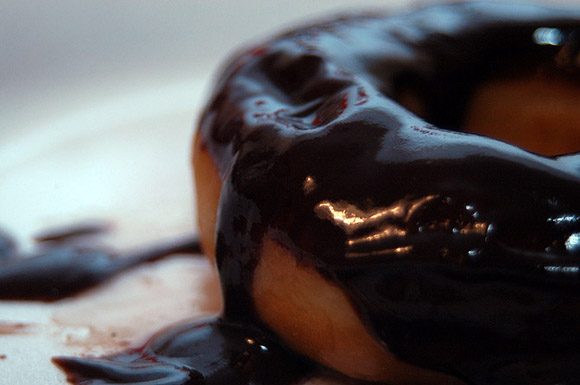