Superbowl Sunday is a bona fide holiday around here: the championship game (which we always hope will be good and not a blowout) and also the true end of the football season (a sad thing indeed).

The broccoli gratin, having been eaten to the point of people scraping the last traces of cheese from the dish, had to be recreated for Sunday. Even with a smaller group, it didn’t last. Neither did the guacamole I’d made.

I also ordered some dashi and it arrived in time for Sunday’s bash. 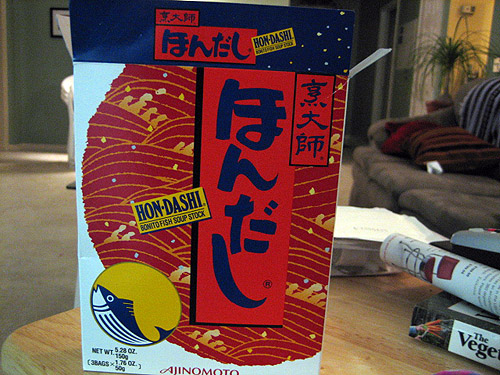 This made a world of difference in the tempura dipping sauce, which was spot on. I made a lot of tempura, and by the end of the night, only a lonely green bean remained, having hidden itself under a tray.

A few hours before the game, I had gone to the store to pick up a few things, and decided that there was time for some braised short ribs. Got them browned, then sauteed some onions and garlic in the same pan, added some red wine, beef broth, spices, and a couple teaspoons of tomato paste, threw the ribs back in, and about two and a half hours later, had this. 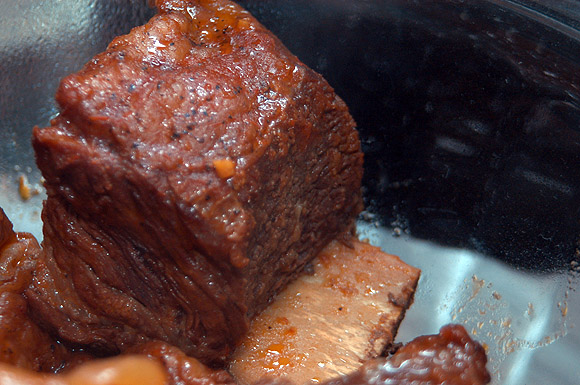 Boy, were those good. I’ve been eating the couple that were left over for the past two days, with sauteed zucchini, mushrooms, and onions. It’s just as good now as it was Sunday, but I’m down to the last of it. Might be time to make more.