I always used to wonder who it was, exactly, that came up with the bright idea that lobsters would be something good to eat. After all, they have claws. They’re not pretty. They can be hard to catch. They can be very heavy and not yield a lot of meat relative to that heaviness.

Still, there’s something sublime about lobster when it’s done right. Broiled, grilled, boiled, sauteed – I can’t think of any way I’ve eaten lobster that has been bad unless it has been cooked to death or drowned in some sauce that hides the natural sweetness of the meat.

And tonight? Another successful meal that had as its focus the big bug of the sea. 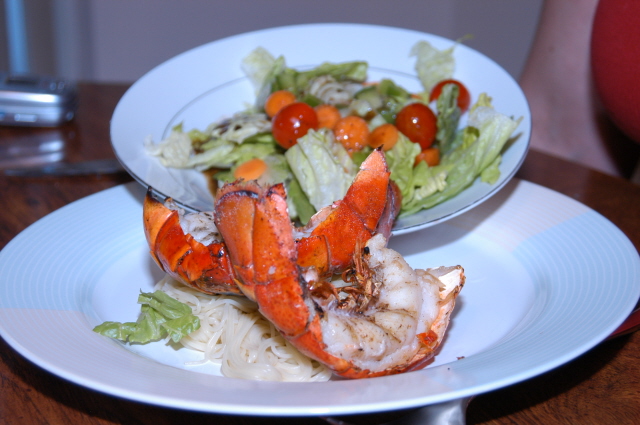 Some of the split tails that remained after everyone had been served the first round. 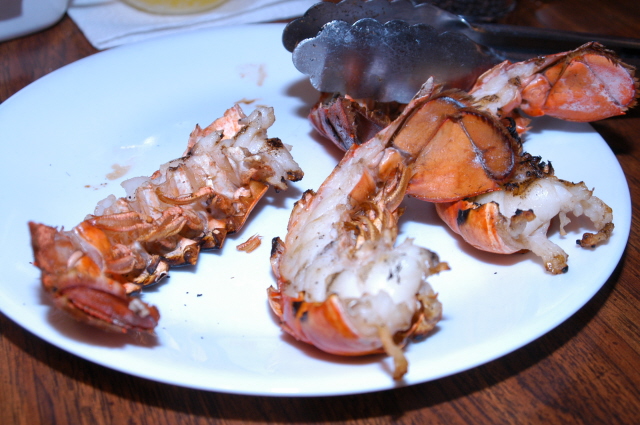 The rest of dinner. The orangey stuff in the front is a chili vinaigrette that was quite tasty on the lobster and the pasta. My water. I go through a great deal of water during a meal, to help get the food down. 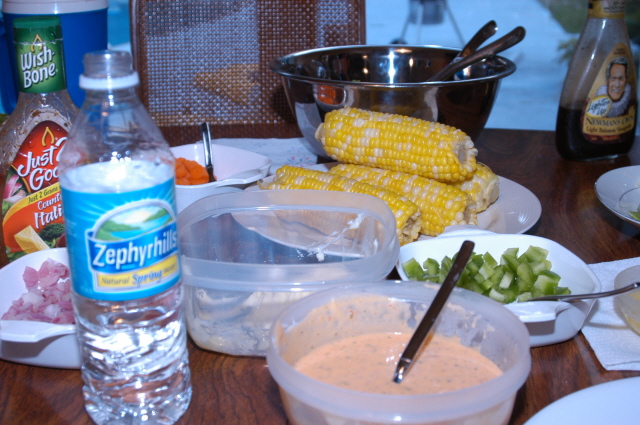 The beginning of my plate. Alas, I still have to skip the salad, as I just cannot manage lettuce at all. I did, however, eat quite a bit of the pasta and both halves of this particular lobster tail. 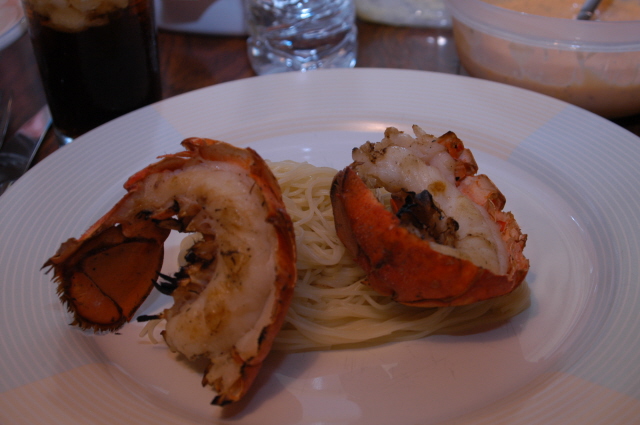 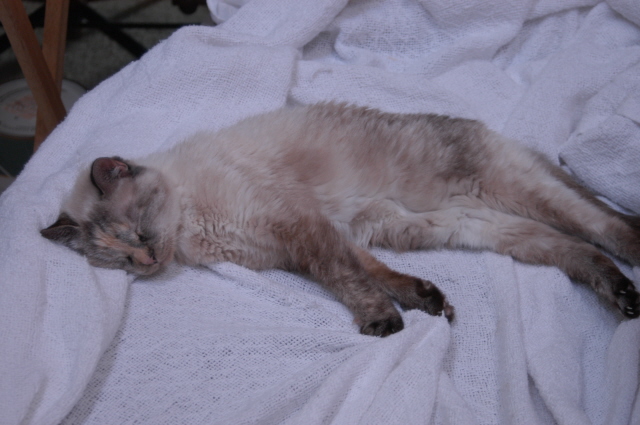 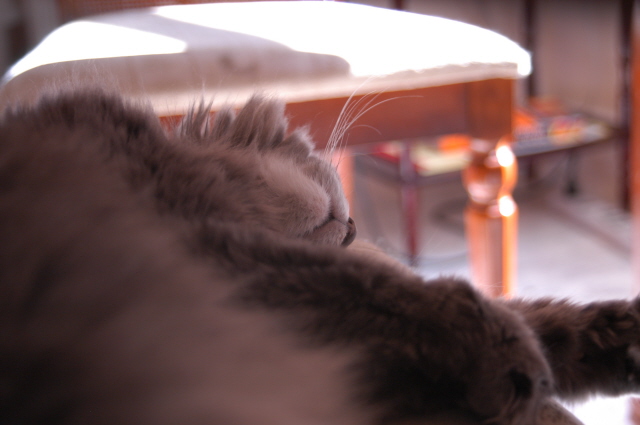 And then, there was dessert, after we sat around outside by the pool for awhile, talking and digesting the main course. This was my first time making a chocolate-hazelnut tart, and the recipe was sort of made up as I went along. Unfortunately, I failed to write down the proportion of the ingredients. That should make it even more interesting to try and recreate this for the bash next Sunday.

Hazelnuts (or filberts, if you prefer) need to be toasted and the skin peeled before you use them. These were roasted in a 350 degree oven for about 12 minutes, then wrapped in a dish towel to steam for a few minutes. Some vigorous rubbing in the towel, and the skins pop right off. 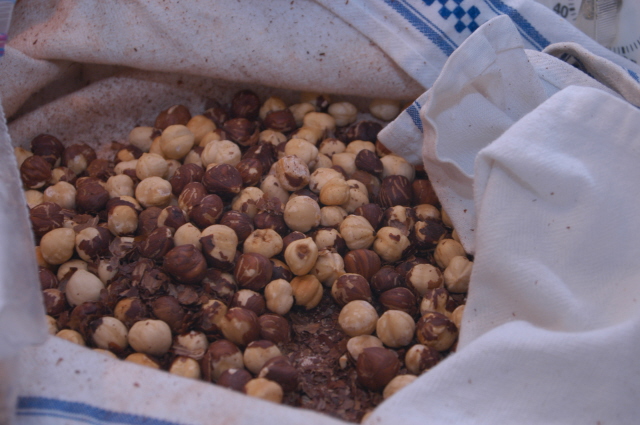 The other ingredients were mixed and the hazelnuts added. 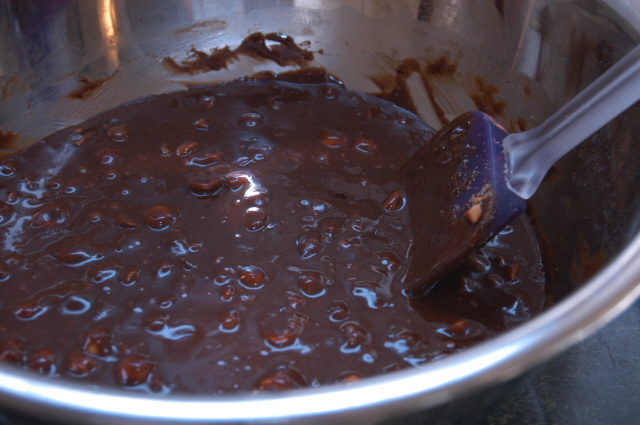 Then the lot was dumped into a deep dish pie crust (didn’t make this – I was trying to neaten up the place a little for our dinner guest so they wouldn’t think us total slobs). 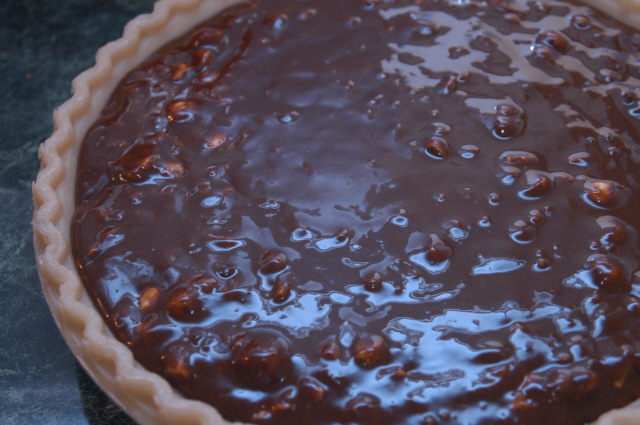 Baked at about 275/280 for an hour and a half. This leads nicely to the dessert course, with a tall glass of milk. 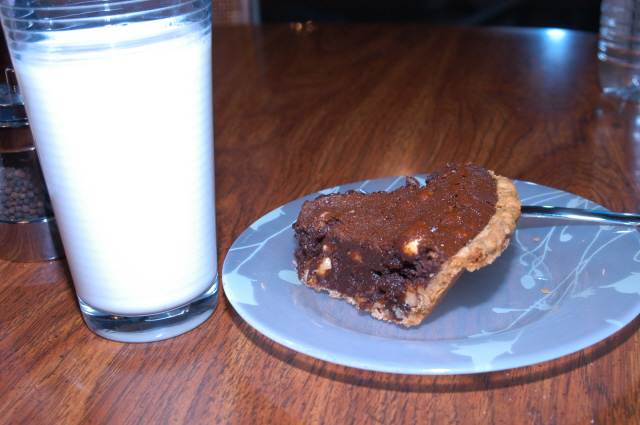 There was one lobster tail left over. I do believe I hear it calling my name, along with one of the leftover cobs of corn…

Tomorrow? Mom has requested hamburgers and more corn on the cob. So those will be grilled, but I’m thinking about sausage. On the grill. Perhaps some chicken-apple sausage. With a side of zucchini, done some way. That would be nice.