I was really in the mood for chicken-apple sausage tonight. Alas, I got a late start to head out for the food, took one look at the traffic, and decided that a trip over the bridge to Fresh Market would have to wait for another day. Instead, mild pork sausages in casings from Publix – they do make quite good sausage. I picked up some peppers and a nice, sweet Vidalia onion to go along with it. I’d had a request for burgers, too, so grilling tonight was quite the treat for me.

Some people have issues with grilling. They let whatever they’re grilling become hard, dry shells of their former selves. I don’t have that particular problem. I’m not sure why. When it seems done, off the grill it comes. 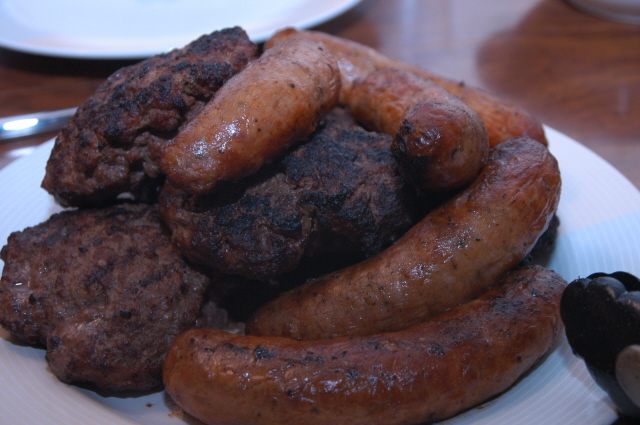 What’s sausage without peppers and onions? Green and orange bells, Vidalia onion, sauteed in a touch of olive oil. 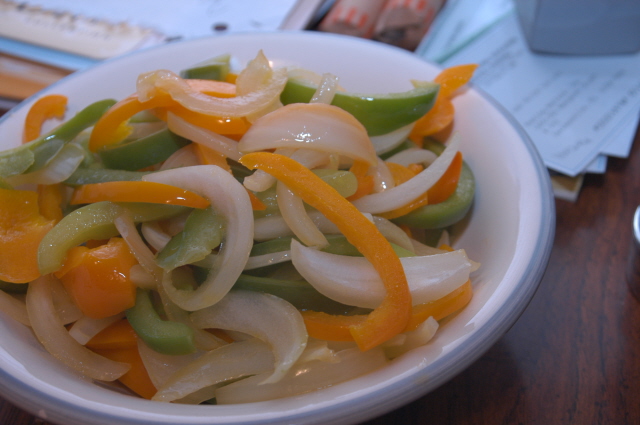 Sliced a couple of tomatoes and flattened out several small balls of fresh mozzarella. 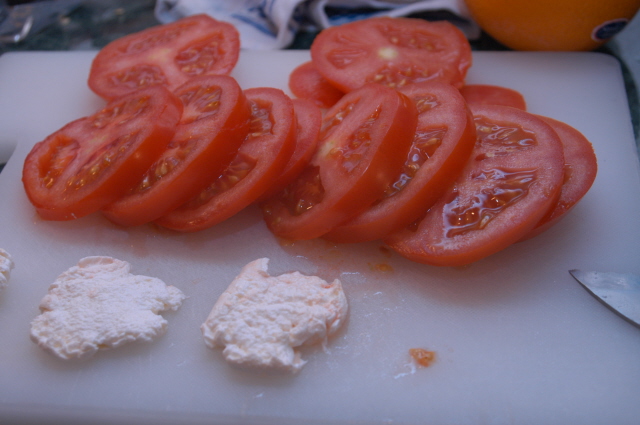 When you put everything together, you get something a bit like this. Yes, I did manage to eat that entire ear of corn, on the cob. It took me almost 50 minutes to finish eating tonight, and that was without actually eating the entire sausage link. 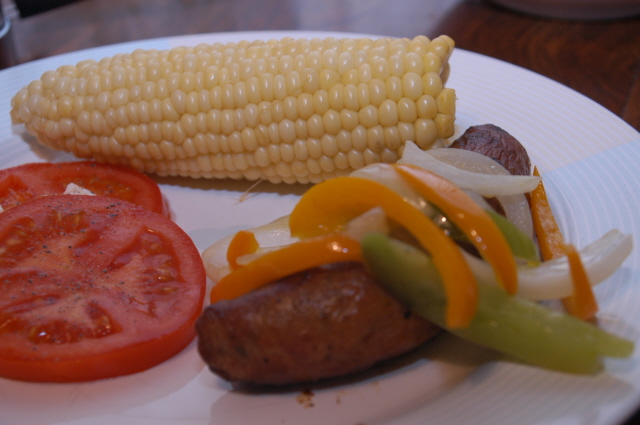 I’ve really lucked out with the tomatoes, as they’ve not been hard, tasteless orbs of nothingness. 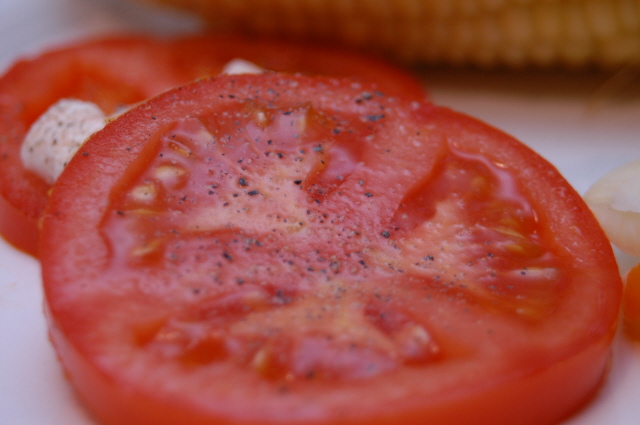 The sausage, peppers, and onion was quite tasty. 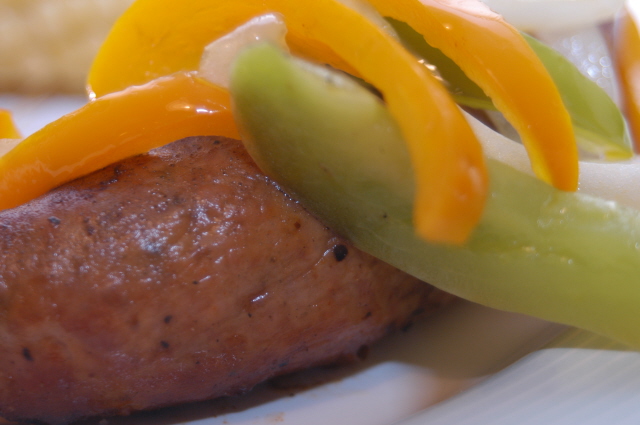 The burgers were good as well, according to those who ate them. I probably will not be cooking for the next couple of days – too much to do, doctors’ appointments, speech therapy, cleaning, working to get this joint in order before the Big Bash. Besides, there are leftovers, like the bit of sausage and sauteed veggies that I downed before typing this out and posting the photos…