Every sport has its own series of trials. Car racing, biking, running – all have time trials. Other sports have playoff trials to determine who is the ultimate champion of their specific endeavor.Even individuals have their own trials: mine, most recently, was of course getting through cancer and the aftermath, although my ongoing trials are dealing with users who can’t quite grasp rather simple concepts (yes, substitute your actual domain name for “yourdomain.com” in the link we just gave you).

A more pleasant series of trials, for everyone involved, is the kitchen experimentation. The banana bread mini loaves I made as a test? Gone, devoured by those who float in and out of the house. And no pictures, unfortunately, of the first batch. That will be rectified in the next, larger batch, as I have a bunch of bananas aging gracefully in preparation for their time to shine.

Apple-cheddar-potato soup, adapted a bit from a recipe my sister found in a magazine and thought looked interesting. Didn’t last long, but I managed to get a picture of one bowl, garnished with a bit more cheese and bacon (because everything is better with bacon!). 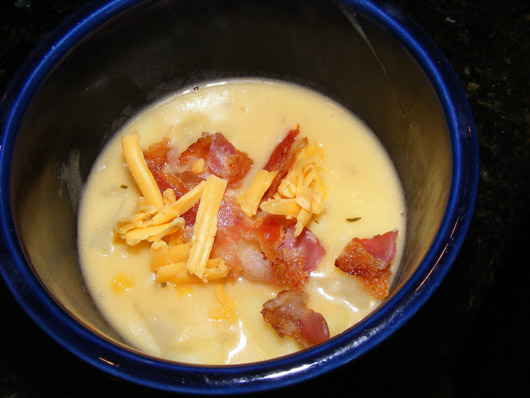 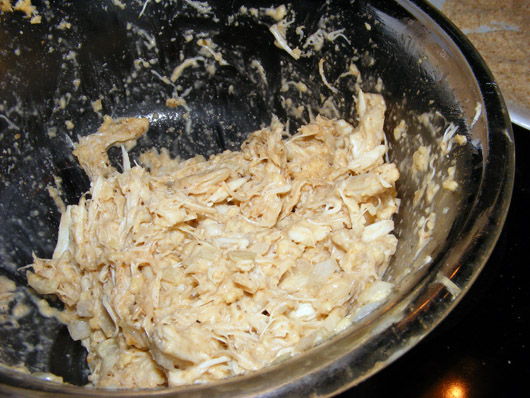 Still too crabby, according to the testers. Yet another round will be done to see if this can’t be fixed. 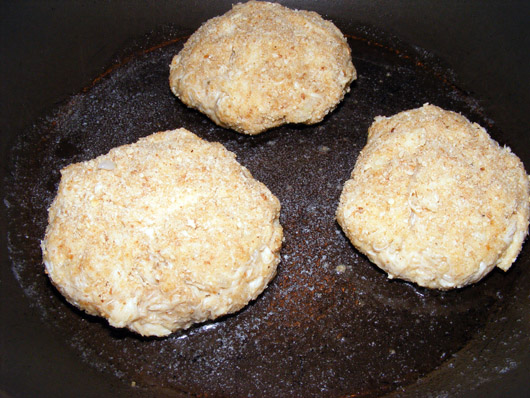 Do you kiss your dog on the mouth? 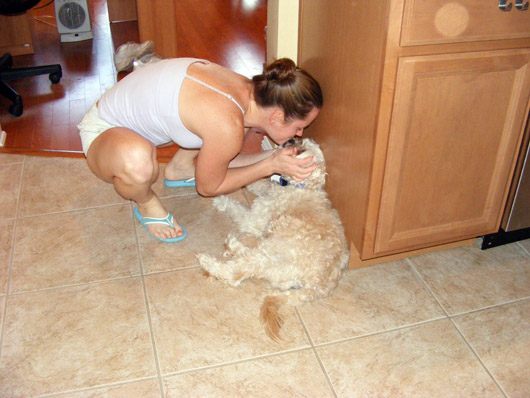 The mushroom turnovers turned out very well. These are based on a recipe my mom had, although me being me, I couldn’t follow it exactly as written. Where’s the fun in that?

A cream cheese and butter dough, rolled out and cut into circles, is filled with a mixture of minced mushroom and onion, sour cream, and a few spices. 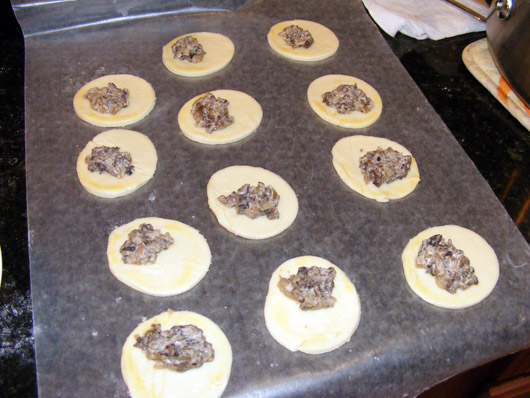 The edge is sealed with an egg wash and a crimp, then a couple of steam holes are poked into each. 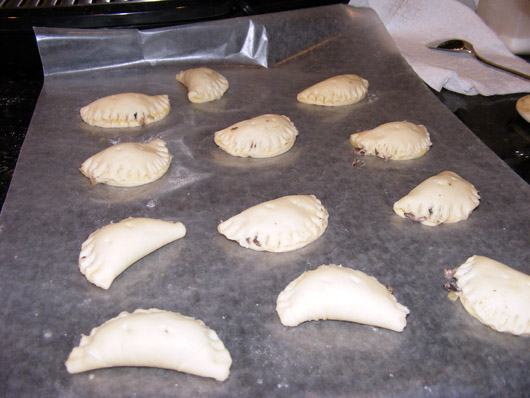 These, according to the notes my mom made, can be frozen before they are baked, and that is where those above are destined. As with any trial, though, there must be tasting. A few – the more ragged of the rolled out pieces of dough – were selected, brushed with egg wash, and put in the oven. 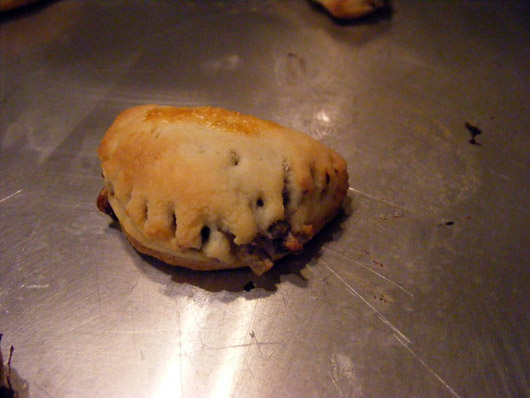 They browned nicely, tasted great, and the batch made just over 30. I can see already that more will be required for the feast. 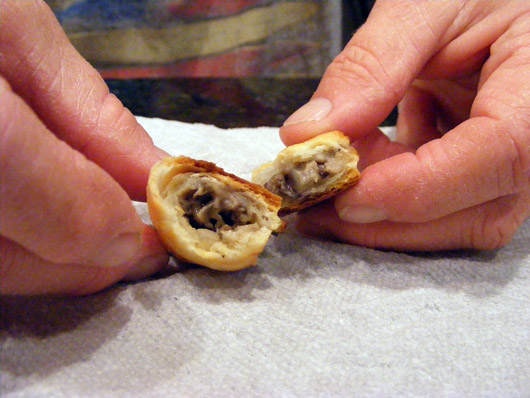 2 thoughts on “Trials and tribulations”